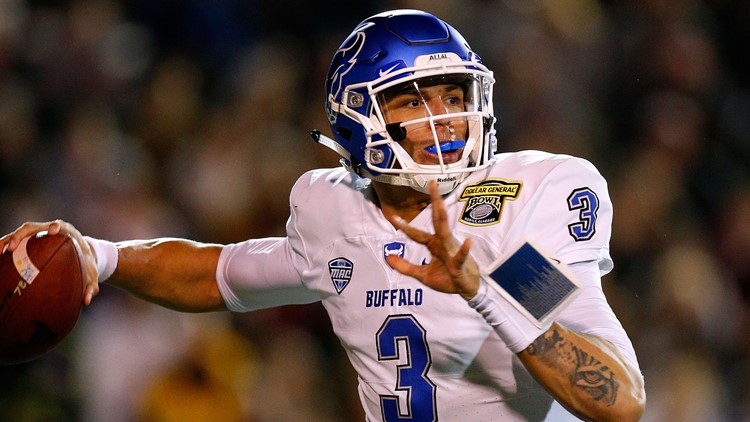 Photo by: Getty Images
MOBILE, ALABAMA - DECEMBER 22: Tyree Jackson #3 of the Buffalo Bulls throws the ball during the first half of the Dollar General Bowl against the Troy Trojans on December 22, 2018 in Mobile, Alabama. (Photo by Jonathan Bachman/Getty Images)

MOBILE, Ala. — Former University at Buffalo Quarterback, Tyree Jackson, is making a name for himself after declaring for the NFL Draft earlier this year.

Jackson was down in Mobile, Alabama for the Reese's Senior Bowl, and threw two touchdowns and finished the game with 165 yards passing. He also threw an interception.

Jackson's performance earned him the title of the South team's Most Valuable Player.

His 165 yard passing game was the most by any quarterback in the game.

Jackson was also joined by UB teammate, wide receiver Anthony Johnson. It's the first time the Bulls have had two players in the game.