The team announced Sunday that tickets for their first game back in Toronto will go on sale Thursday, with 15,000 fans instead of the usual 53,000. 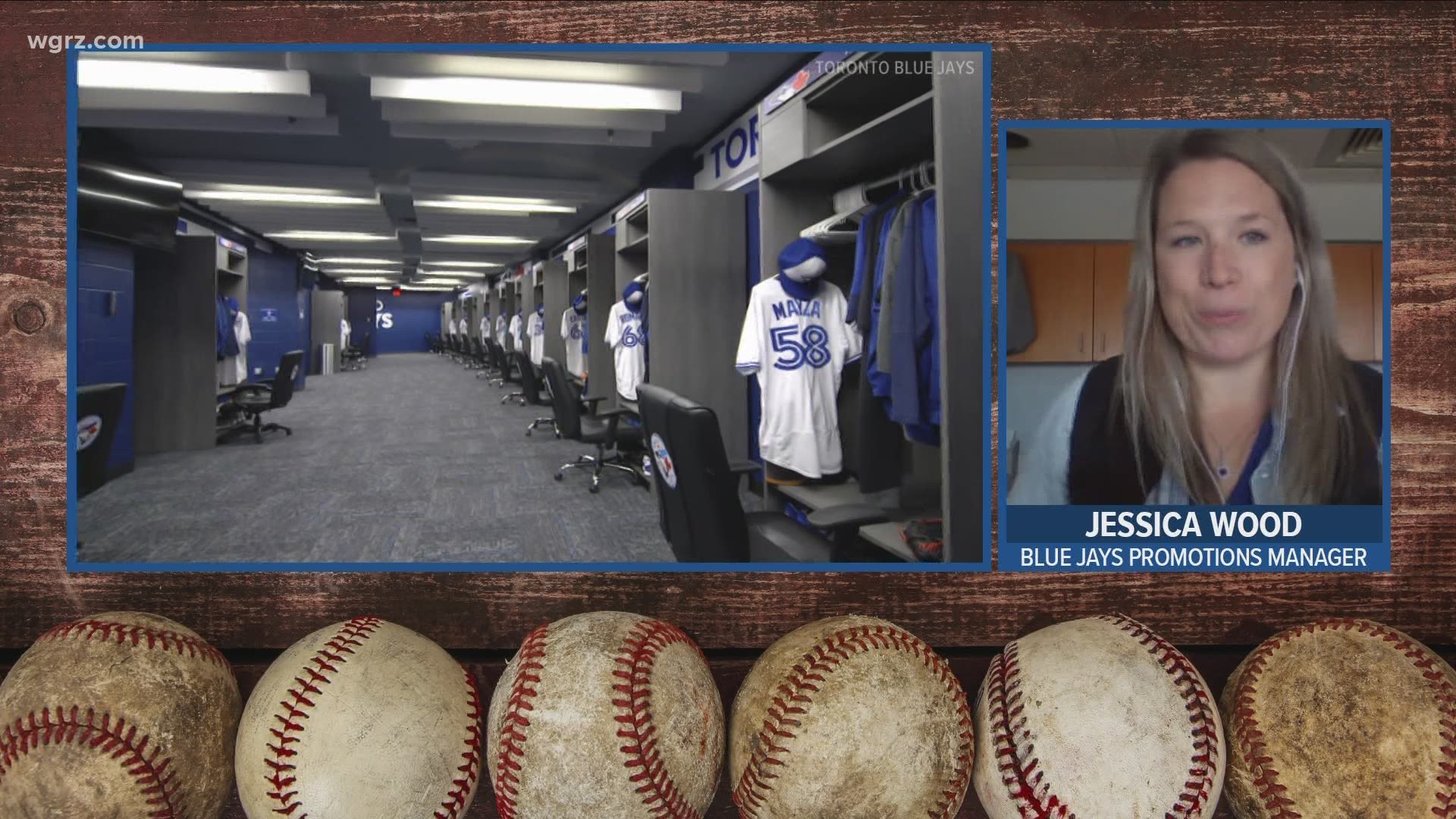 BUFFALO, N.Y. — The Toronto Blue Jays' time in Buffalo continues to tick away, with their last game at Sahlen Field set for Wednesday night against the Boston Red Sox.

The team announced Sunday that tickets for the Jays' first game back in Toronto will go on sale this Thursday. Their return to Rogers Centre will have a limited crowd, with 15,000 fans instead of the stadium's full 53,000 person capacity.

On Friday, the Canadian government approved the team's request to cross the border despite current COVID restrictions.

The Blue Jays asked the federal government to allow them to play at Rogers Centre starting July 30 and wanted a response by Friday.

The Blue Jays played home games during the shortened 2020 season in Buffalo and started this season in Dunedin, Florida, before moving to Buffalo.

Canada's immigration minister announced the team's return on Friday, saying the decision was made in conjunction with public health officials.

"The Buffalo Bisons are extremely happy for the Blue Jays organization, the City of Toronto, and their great fans with the news that they’ll soon be able to reunite at the Rogers Centre in Canada. We’re proud to have been able to support our Major League partner over the last two years and are especially thankful for how our amazing fans in Buffalo and throughout Western New York have welcomed the Blue Jays and cheered for them as their hometown team this summer.

"This news is also a tremendous step in our region’s return from the pandemic and we very much look forward to the ability to reconnect soon with our great fans from Southern Ontario. We’re excited to be able to support the Blue Jays for their last six games at Sahlen Field and for the return of Bisons' baseball to Buffalo later this season."