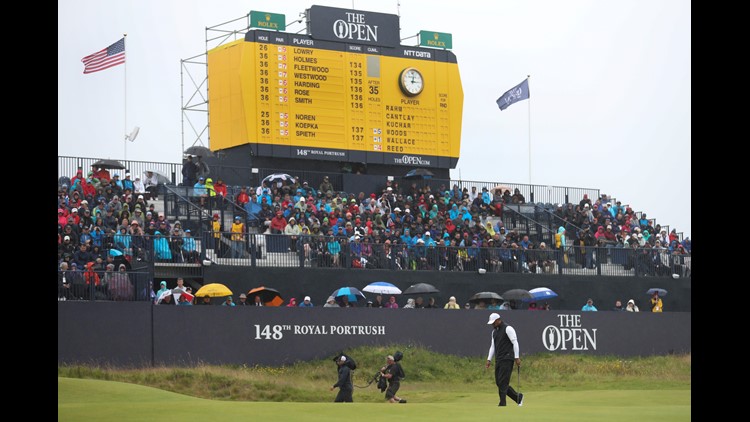 Photo by: AP
Tiger Woods of the United States walks on the 18th green as he competes his second round of the British Open Golf Championships at Royal Portrush in Northern Ireland, Friday, July 19, 2019.(AP Photo/Peter Morrison)

PORTRUSH, Northern Ireland — Shane Lowry of Ireland goes into the weekend with a share of the lead at the British Open.

Lowry opened with three straight birdies and became the first player to reach double figures under par when he holed a 40-foot birdie putt on the 10th hole as the roar from the gallery pierced the heavy air and rain.

England's Tommy Fleetwood and Lee Westwood are one shot back.

Meanwhile, Tiger Woods and Phil Mickelson are headed home. The pair have played in the same major 77 times as professionals, and this is first time they have both missed the cut.

And Rory McIlroy won’t be around for the weekend despite shooting a 65. He fell one stroke short of making the cut.