The Bills look to go 2-0 to start the season with a win over the Giants. Heather Prusak and Vic Carucci take a look at what the Bills need to do to make that happen. 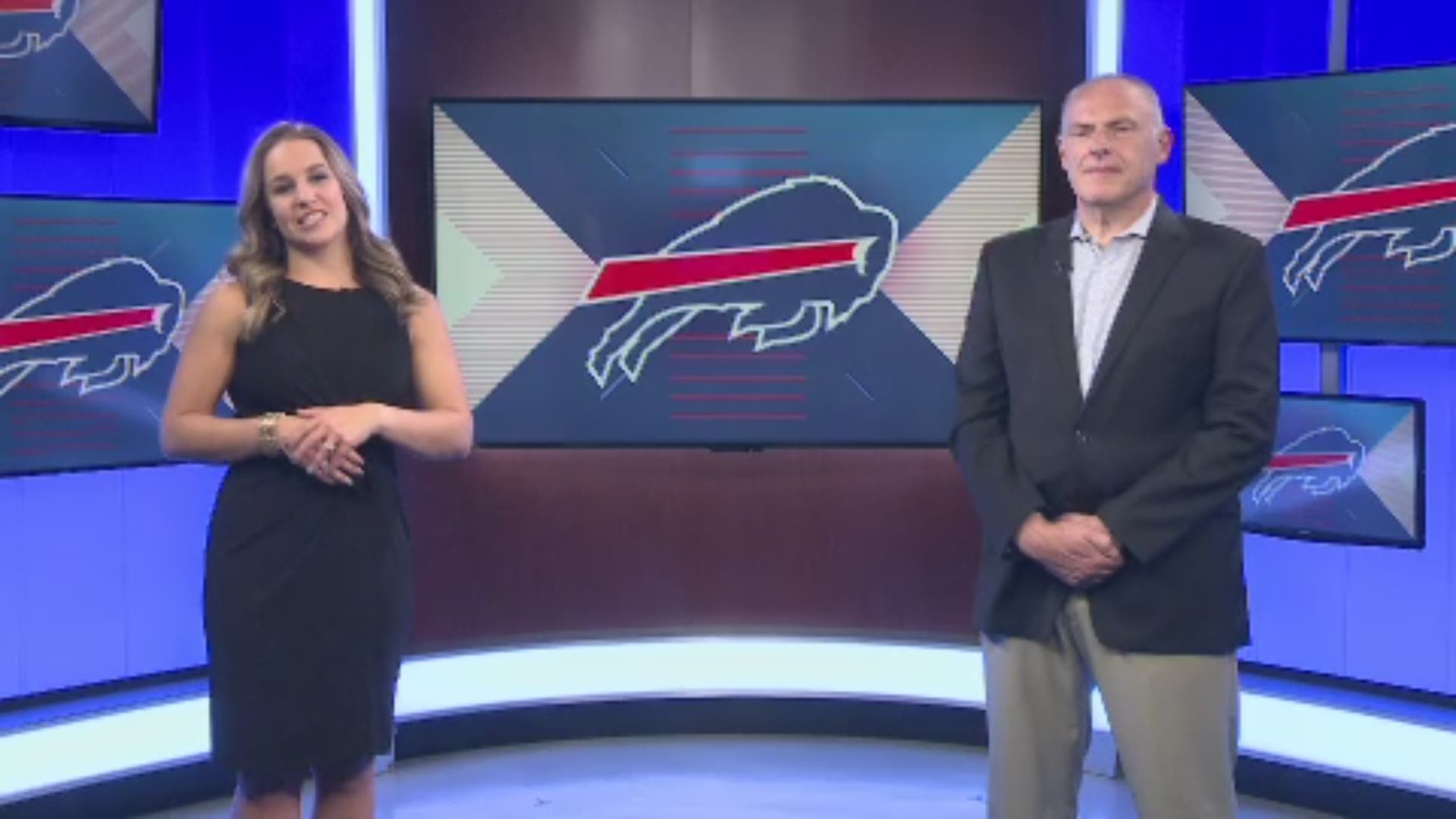 BUFFALO, N.Y. — The Bills look to start the season 2-0 with a win over the Giants on Sunday. They're playing in the same stadium as last week and once again will face a top running back.

In week one it was Le'Veon Bell with the Jets and this week it's former second overall pick Saquon Barkley.

Even though the Cowboys kept him out the end zone last week, Barkley still rushed for 120 yards on 11 carries. Limiting those big, explosive gains will be key for the Bills defense.

Offensively, the Bills can expect the Giants to blitz less than the Jets did so they can take a more conservative approach running the ball more early and giving Devin Singletary and Frank Gore more touches but also exposing the Giants weak secondary in the passing game.

2 on Your Side's Heather Prusak and Vic Carucci of the Buffalo News and Sports Talk Live Buffalo discuss more of the key matchups in this game.