An internal investigation found that some players violated the school's code of conduct during an incident, which happened off campus. 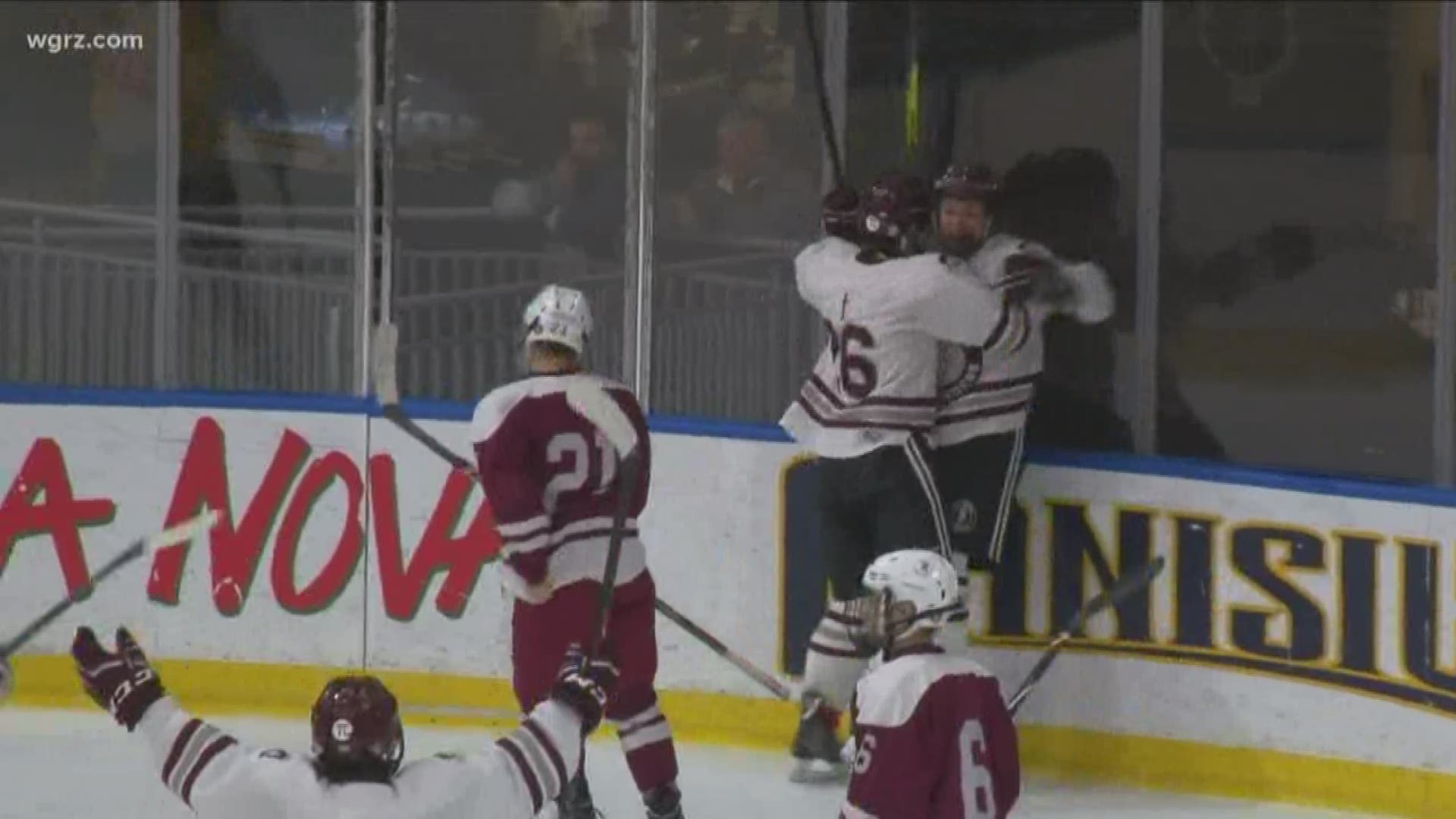 According to a statement, an internal investigation found that a "significant" group of players violated the school's code of conduct during an incident off campus, which happened outside of school hours.

"We regret the team’s season must end on this note, but our investigation uncovered that many team players clearly violated our school’s code of conduct; this is unacceptable and there must be consequences. St. Joe's students are expected to meet our school’s standards of conduct at all times, and in all places, including at all off-campus events," St. Joe's President Christopher Fulco said in a statement.

With that news, St. Joseph's will not complete in the New York State Catholic Hockey Tournament on Saturday in Coney Island.

RELATED: Sabres give up five unanswered goals in 5-2 loss to Arizona