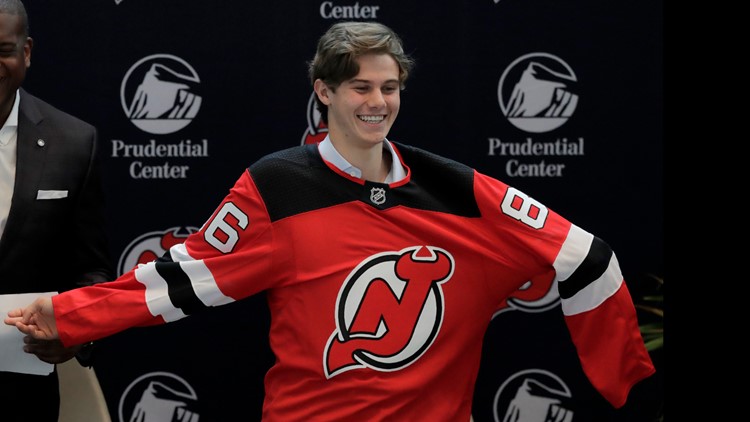 Photo by: AP
New Jersey Devils forward Jack Hughes, the No. 1 overall pick in the 2019 NHL draft, puts on a jersey during a news conference introducing the prospect to local media, Tuesday, June 25, 2019, in Newark, N.J. (AP Photo/Julio Cortez)

Hughes to play in prospects challenge

BUFFALO, N.Y. — The Sabres prosepcts are set to face the Devils prospects Friday night  in the annual prospects challenge down at Harborcenter.  There's always interest in seeing what the future holds for the Sabres, but many fans will be happy to hear they'll have the chance to see Jack Hughes, who the Devils took first overall in the 2019 draft.

The Devils have announced that Hughes will be included on the roster.

The Sabres face the Devils Friday night at 7:00pm, then Boston on Saturday at 7:00pm, and then wrap-up against Pittsburgh Monday at 12:30pm.

The Sabres report to training camp next Thursday.