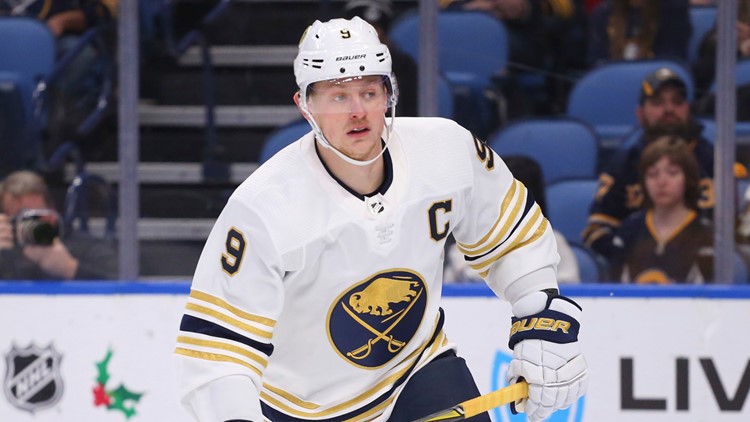 BUFFALO, N.Y. — Jack Eichel had two goals and extended his NHL-leading point streak to 15 games, Victor Oloffson scored in the third period, and the Buffalo Sabres beat the Nashville Predators 4-3.

Jimmy Vesey also scored and Linus Ullmark made 36 saves as the Sabres won their third in a row. Matt Duchene, Colton Sissons and Ryan Johansen scored for the Predators, who had a two-game win streak snapped.

Juuse Saros stopped 28 shots for the Predators. Linus Ullmark made 36 saves for the Sabres.