The Sabres will have the top overall pick in the upcoming NHL draft. (Photo credit: Harry Scull Jr./Buffalo News)

BUFFALO, N.Y. — The team that finished last, will draft first.

The Buffalo Sabres will select first overall in this year's NHL draft, after winning the draft lottery on Wednesday night.

It will be the fourth time in franchise history the Sabres will draft first overall, and the second time in four years. Buffalo drafted defenseman Rasmus Dahlin first overall in 2018.

Owen Power, a defenseman from the University of Michigan is the projected top pick, but GM Kevyn Adams would only say "we need to get better everywhere" when speaking with NBCSN immediately after the results were revealed.

Due to revisions in the lottery, the Sabres could draft no lower than third, and had a 16.8% chance of drafting first overall.

🏒 Reaction to the Sabres winning the draft lottery

🏒 Why did @SneakyJoeSports and @JRHansgen get more into the lottery as it was happening than they thought they would?

🏒 Should the Sabres take Owen Power with the top pick? 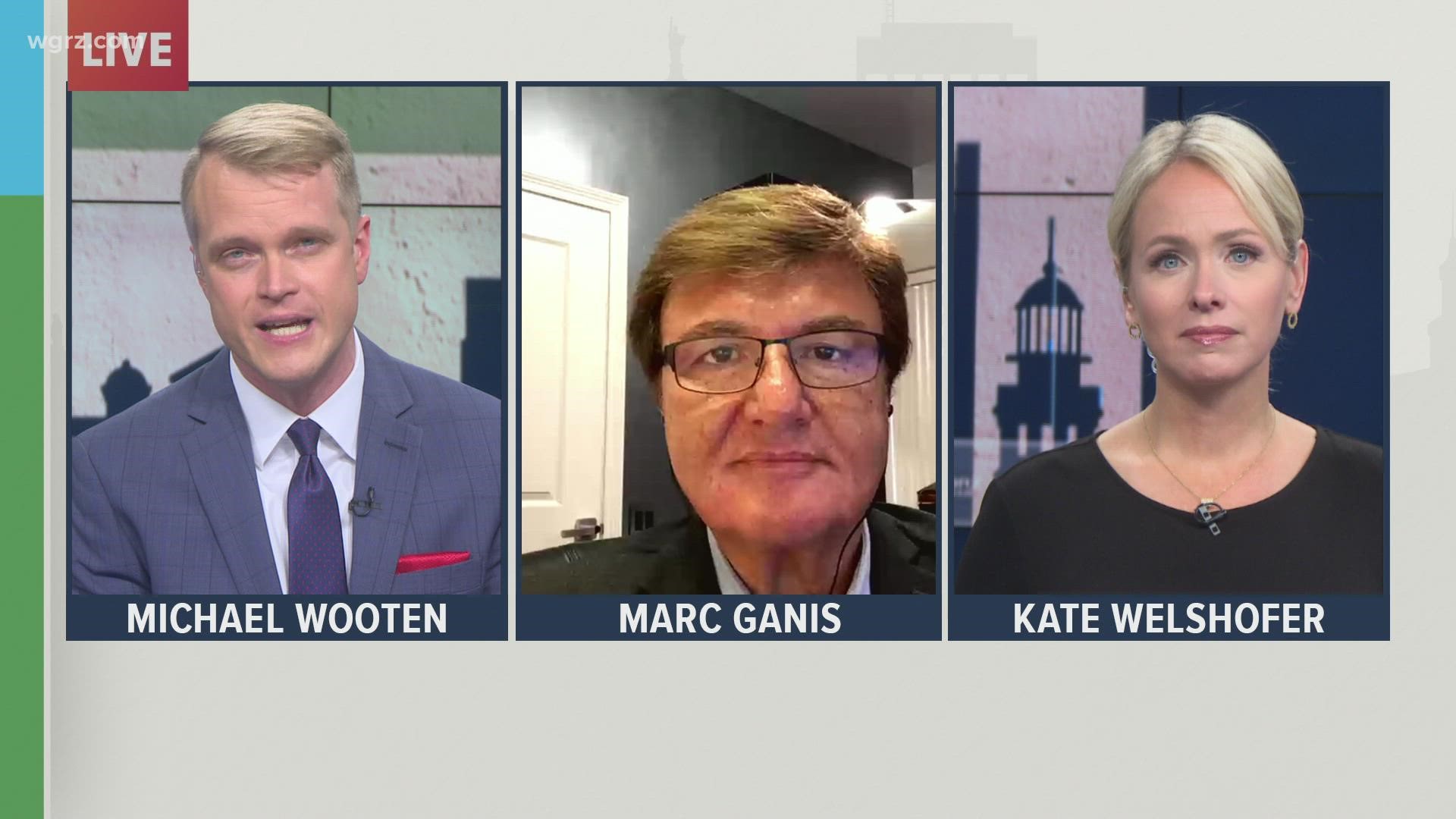