The Sabres traded the 26 year old defenseman on Friday afternoon to the Philadelphia Flyers. 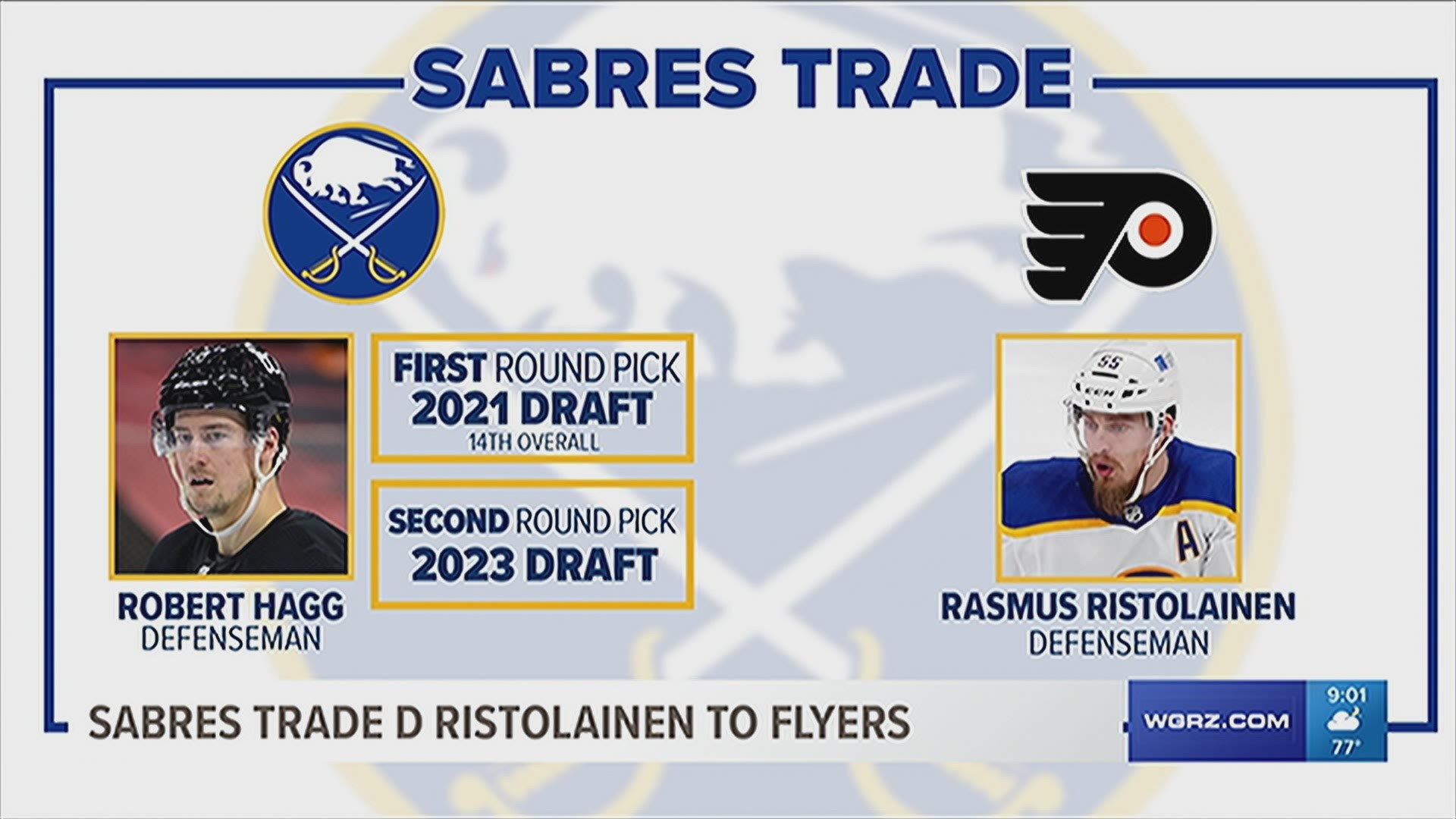 BUFFALO, N.Y. — Hours before the NHL draft, the Buffalo Sabres traded away Rasmus Ristolainen as another rebuilding effort begins.

Ristolainen was sent to Philadelphia in exchange for the Flyers first round pick in Friday's 2021 NHL Draft (14th overall), a second round pick in the 2023 draft, and defenseman Robert Hagg.

The Flyers' original 14th overall pick in Friday night's draft is now the 13th overall pick for the Sabres, after the Arizona Coyotes had to forfeit their first round pick because of league violations.

The Sabres now have two first round selections in the Friday night draft. The Sabres won the NHL draft lottery and will pick first overall.

Buffalo chose to protect the Ristolainen and fellow defensemen Rasmus Dahlin and Henri Jokiharju, exposing 24-year-old blueliner Will Borgen to be selected by the Seattle Kraken in Wednesday's NHL Expansion Draft.

Ristolainen was selected eighth overall by the Sabres in the 2013 NHL draft. He played 542 games with the team and scored 46 goals.

Thank you for everything, @rasmrist55.

Best of luck to you in Philly! pic.twitter.com/h130Q8DIOW