Fans can grab tickets for as low as $6 for some games. 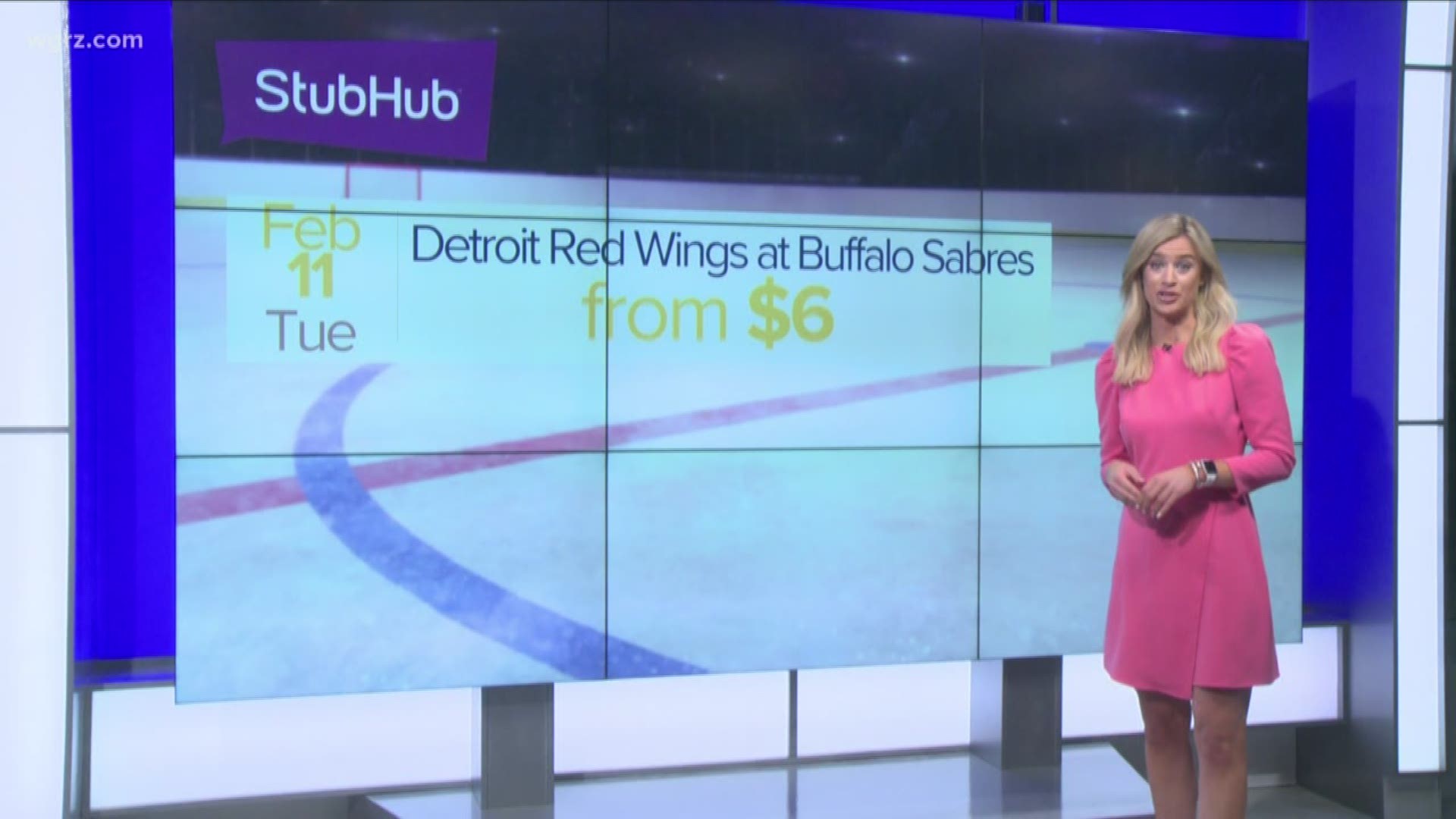 BUFFALO, N.Y. — The Sabres have 11 home games left in the season and fans can get seats at the last few games for less money than a meal at McDonald's.

Tickets to Tuesday's game against the basement-dwelling Detroit Red Wings are going for as low as $6 plus fees on StubHub. Thursday's matchup against the Blue Jackets are a bit more expensive, the lowest ticket going for $7 before taxes and fees.

That extra 100 pennies may be worth it to you though, since it's 2000's night at KeyBank Center. The team will be celebrating some of the legends from the past including Daniel Briere, Paul Gaustad and others who had success in the blue and gold (and black and red).

Even tickets to weekend games won't break the bank. The Sunday, February 23 game against the Winnipeg Jets are going for $16 before fees.