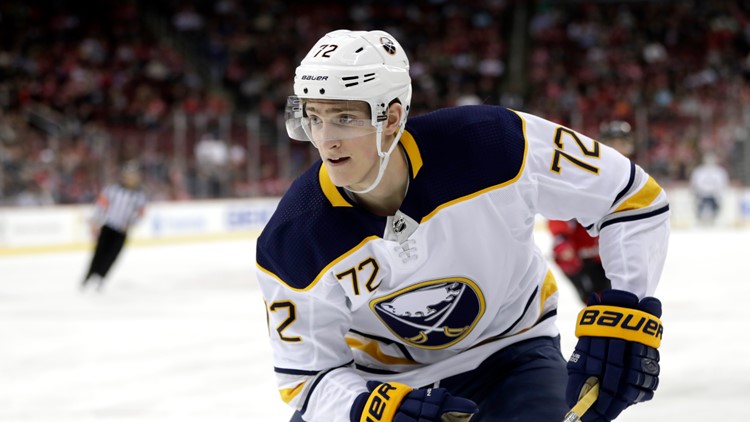 Sabres Thompson out for season

BUFFALO, N.Y. — Buffalo Sabres center Tage Thompson will miss the remainder of the season after having surgery to repair an injury to his right shoulder.

The Sabres announced Thompson had the operation on Tuesday and will require between five and six months of recovery time. The third-year player was hurt in the final minutes of a 4-1 loss at Chicago on Nov. 17.

It was Thompson's first NHL game of the season and came shortly after being promoted from AHL Rochester. Thompson had seven goals and five assists for 12 points in 65 games with Buffalo last season before being demoted to the minors.