Hamilton Take 2: After signing Hall... What's next for Sabres?

WGRZ Sabres/NHL Insider Paul Hamilton tells us what is next on the Sabres agenda and what the limitations are. 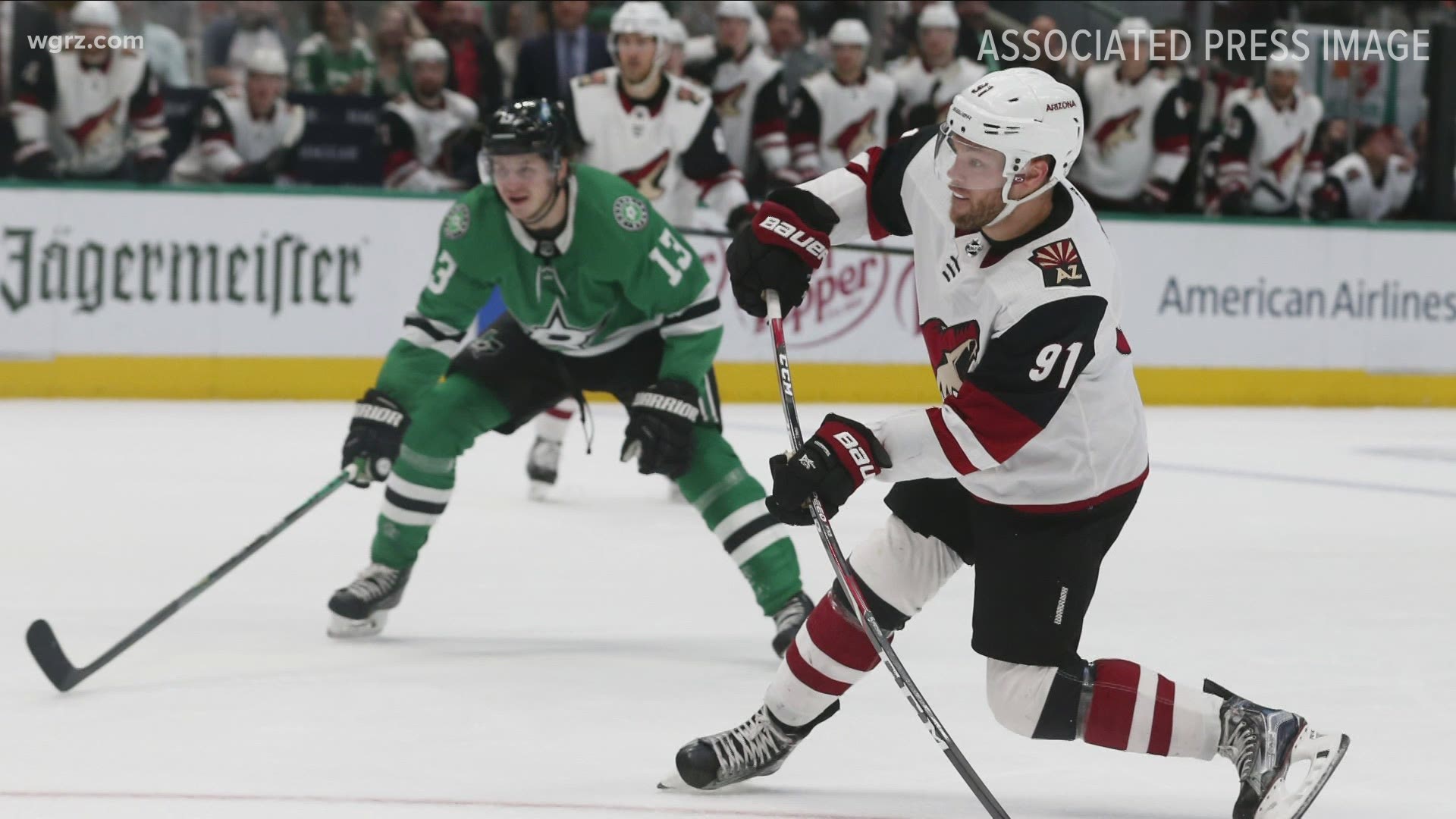 Now that the Sabres have signed Taylor Hall, Cody Eakin, Matt Irwin and Tobi Rieder, where do they go from here? They still have arbitration hearings with Sam Reinhart, Linus Ullmark and Victor Olofsson and that may drain the rest of the money they have for players.

Many fans keep telling me the Sabres should sign this player or bring in that player, but where’s the money coming from?

If you add in the money that Reinhart, Ullmark and Olofsson will command, Buffalo will almost be at $80 million of actual cash paid out in salaries and the salary cap.

General Manager Kevyn Adams has talked Terry Pegula into blowing up the in house spending cap for salaries by signing Hall. Many fans want the Sabres to upgrade the goaltending and I understand why because currently they don’t have a No. 1 goaltender. The problem is money.

Many are saying it’s easy, just trade Rasmus Ristolainen and open up $5.4 million. First of all, other teams have scouts and they understand the limitations Ristolainen has, especially in the defensive zone. If he could play on a good team and be on their second or third pair, he’d probably be somewhat better. The other stumbling block in that plan is Ralph Krueger is a huge Ristolainen fan and just like Sean McDermott with the Bills, Krueger has considerable influence on these matters.

Adams: He they did their homework on the type of person and competitor that he is and they think Hall can add on and off the ice. @WGRZ Said Kruger and Hall spent quite a bit of time talking in the last few days.

The other thing is would Adams move Reinhart? Sam held out through training camp once and he can never seem to get a long-term deal from the Sabres. The winger’s production has been consistent and he’s one of the few players on this team that’s willing to plant himself in the high danger areas where goals are scored. You have to wonder if he’s getting tired of what he might perceive as disrespect from the team and is he tired of all the losing that’s gone on since he was drafted? On the other side of the coin, why have two different general managers been so reluctant to give a player that produces a long-term deal?

It wouldn’t surprise me if Colin Miller or Brandon Montour are moved for draft picks. That would reduce what they’re paying in salaries and open up a spot for Will Borgen who I believe is ready for the NHL.

I never say never, but I think the Dominik Kahun ship has sailed. By signing Hall, I’d be surprised if they met Kahun’s salary demands. So far no other team has signed him either.

So now you’re asking where do the Sabres go from here? The answer is pretty simple, the only thing they can do now is trade for a player that is money in and money out. What I mean is if they bring in a $4.5 million player through a trade, then a $4.5 million dollar player must be sent out through a trade. I know that’s not what many fans want to hear, but you got Taylor Hall and you traded for Eric Staal. Both moves make this team better. I also think Dylan Cozens coming to this team will also help, although he will be eased into the NHL.

There’s a lot of time before the puck is dropped on the next season, but take a good look at this roster as it is because there’s a chance this will pretty much be the next version of the Buffalo Sabres.

For the Sabres the first arbitration hearing will be Ullmark’s on Oct. 26. Reinhart’s is Oct. 27 while Olofsson’s is Nov. 4. Negotiations are continuing now as both sides try to avoid these hearings.