Coming off his 40-goal season, Jeff Skinner is ready for year two with the Sabres after signing an 8-year extension in the offseason. 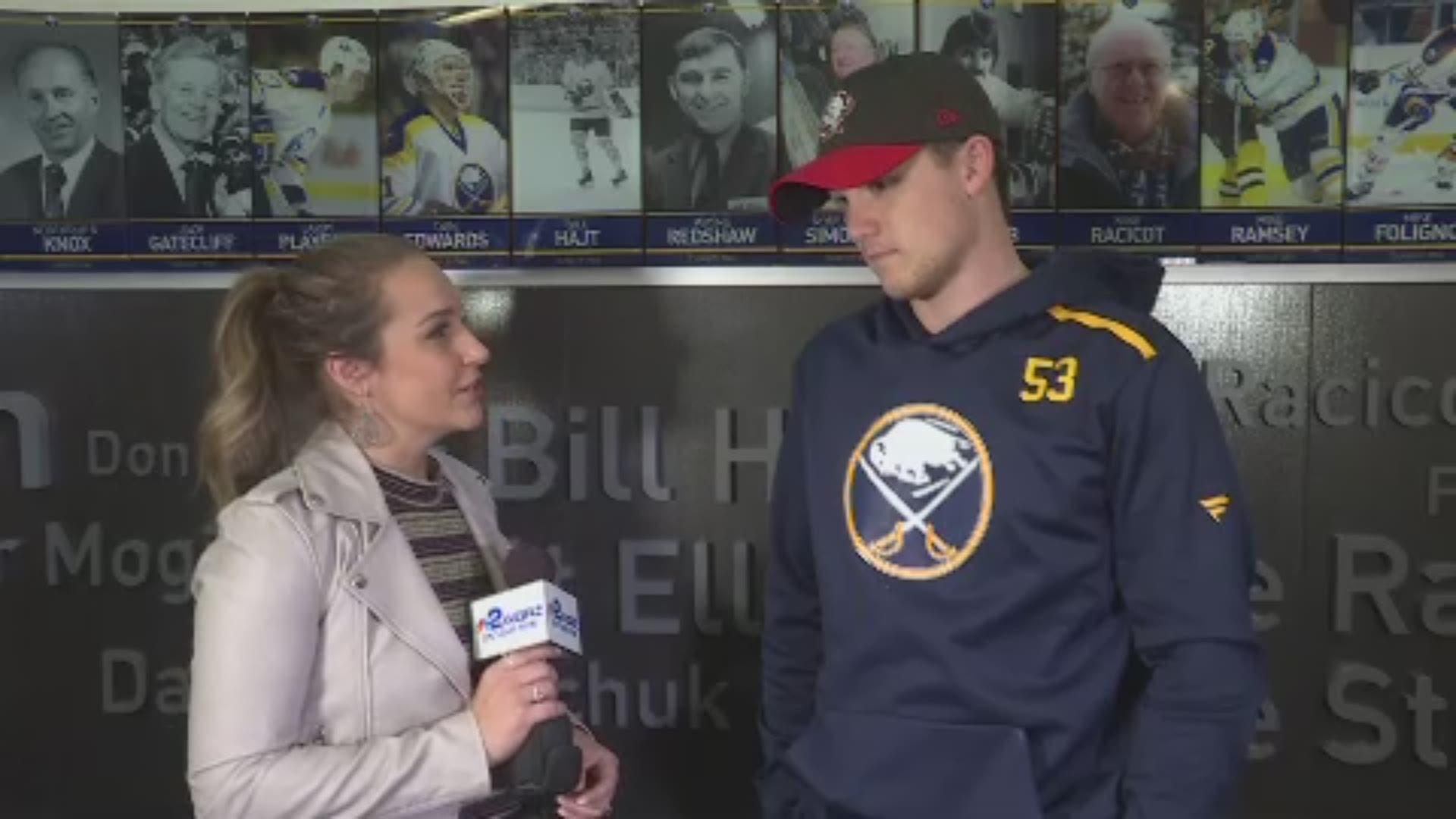 BUFFALO, N.Y. — One of the Sabres' biggest moves this offseason was bringing back their 40-goal scorer from a year ago.

Jeff Skinner signed an 8-year, $72 million dollar contract that runs through the 2026-27 season. He's now the second highest paid player behind Jack Eichel, and is ready for year two with the Sabres.

"For me I feel like I've had a good summer of training and a good training camp and now it's time to go to work in the season and continue to build on those good things," Skinner said.

Skinner is looking to build off a season where he led the team in goals with 40 and finished third in points with 63 behind Eichel and Sam Reinhart, who he skated alongside on Buffalo's top line last year. But Skinner could have new linemates come the opener as he's been skating with a line centered by Marcus Johansson and Vladimir Sobotka.

"For me, obviously that top line with Eichs and Rhino, I think getting to spend some time with them I developed some chemistry with them last year, that was a lot of fun. Those guys are great players but I think the nice thing especially about this year I think we've made some big acquisitions this summer that have improved our depth and that gives you an opportunity to play with different guys and still have a lot of success," Skinner explained.

When it comes to changes, the biggest came behind the bench with the hiring of new head coach Ralph Krueger who so far seems to have made a good impression with his new team.

Krueger and the Sabres look to break this team's eight season playoff drought.

"Every team wants to make the playoffs so I think that's the number one goal, if it's not your goal you're in the wrong spot so that will be our goal but obviously every team is different in how they're going to get there," Skinner explained.

For the Sabres, a big key is consistency. It sounds simple but being consistent and putting together a full season is something they haven't been able to do. Things were off to a great start last year and it looked like playoffs were coming during the ten-game winning streak but then they completely fell apart in the second half of the season.

Getting off to a strong start will also be important. The Sabres open the regular season on the road in Pittsburgh on Thursday, October 3rd then come back to Buffalo for their home opener against the Devils on Saturday, October 5th.