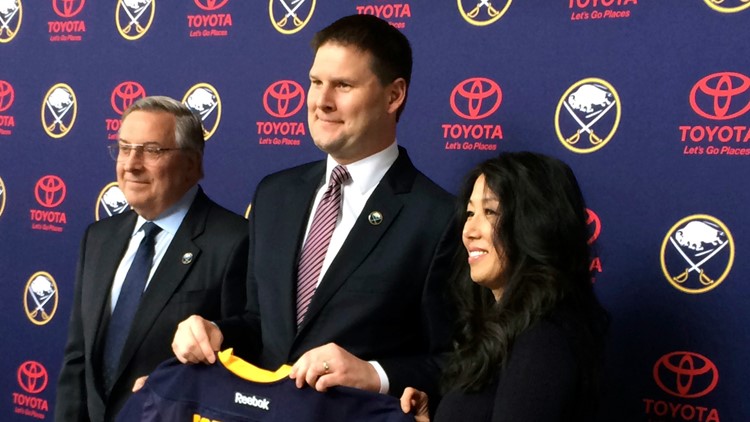 President of Hockey Operations not an option for Pegulas

BUFFALO, N.Y. — The Sabres are on the brink of missing the playoffs for the ninth straight season .

With the team's struggles and the inability of the roster to advance at this stage of the rebuild, there have been calls among fans and media for the Sabres to hire an experienced President of Hockey Operations as a leader and liason between owernship and the hockey department.

TSN reported on Tuesday that they are satisfied with the direct communication with GM Jason Botterill.

WGRZ's Adam Benigni has independently confirmed through a source that is the case.

The Pegulas have maintained a direct report from GM to ownership since former President of Hockey Operations Pat LaFontaine resigned after a brief stint in the role back in 2014.