Sabres sticking together as season slips away 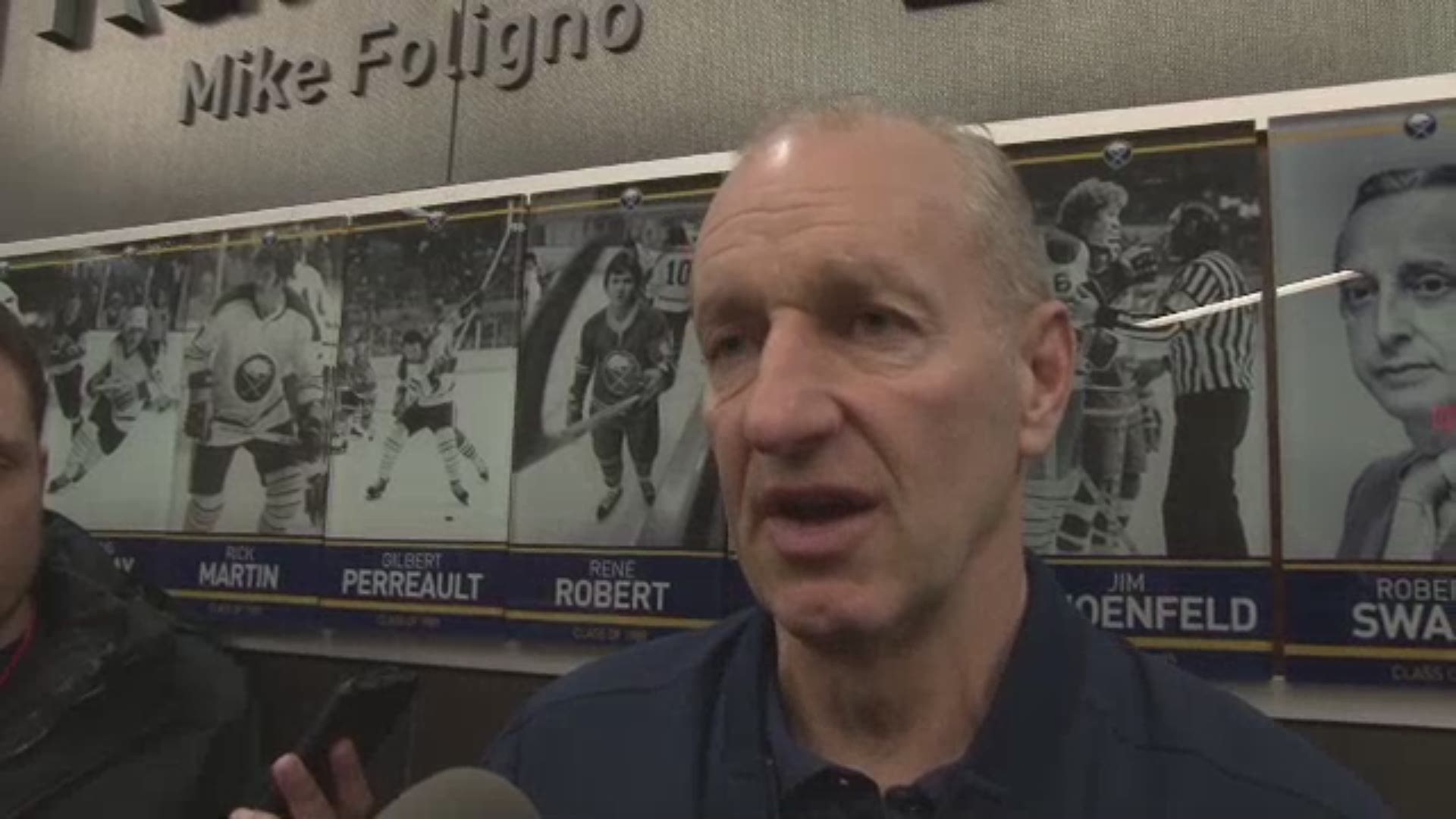 BUFFALO, N.Y. — After two dismal performances at home, losses to Ottawa and Montreal, the Sabres are looking ahead to Saturday afternoon's game against the red hot Columbus Blue Jackets. The Sabres lost Tuesday to Ottawa 5-2 and to Montreal 3-1 Thursday night. Coming out of the All Star break the Sabres had nine of their next ten games at home, but they've let the first two games slip away without earning a point.

The Sabres were listless against Ottawa a team that had lost ten of its last 11 coming into Buffalo. They weren't much better against Montreal although they did get the first nine shots on goal in the game and played for the most part a good first period. Montreal got two quick goals early in the second period and defenseman Jake McCabe said the team lost its confidence after giving up those two goals.

After practice Friday morning head coach Ralph Krueger said "you need to be smart with the passion and I like to see that word (desperation) turned into passion. You want to show our fans tomorrow a complete game that we care and our giving our best.

"I've always said that the Buffalo fans base will accept losses when we do that and that's been the disappointing thing about the last two games, we've slipped out of the hard work we need to do as a group for a few moments here and there and been punished for it and that's our goal for tomorrow to give a full 60 of hard work and passion. You can call it desperation for me its just a really hard work ethic that comes across as not leaving anything on the table."

After Montreal scored an empty netter to ice the game Thursday night captain Jack Eichel smashed his stick over the net in an act of sheer frustration.

This morning Eichel said, "Everyone cares. We got a lot of passionate guys in the locker room. Obviously my frustration boiled over there and whatever. I ran into the net and broke my stick."

Eichel scored the Sabres only goal against Montreal. It was his 30th goal of the season the first time in his career he has reached that mark but despite his success the Sabres continue to struggle. As captain, and team leader he's always looking to bring more to the team.

"You always think you can do more when the team's not winning. I think everyone in the locker room would agree that everyone needs to kind of look in the mirror and expect more out of themselves going forward and that includes me."

Columbus has won six straight coming into Saturday's matinee against the Sabres. Jeff Skinner returned to the lineup after the All Star break. He hasn't scored in his first two games back and after scoring 40 goals last season he only has 11 goals in 41 games this season.

"I think in order to turn the tide when things aren't going well you got to try and find a spark and whatever word you use for it, desperation, urgency, you have to find a way to get out of it. For us that's the point we're at. We're going to work to find that spark."