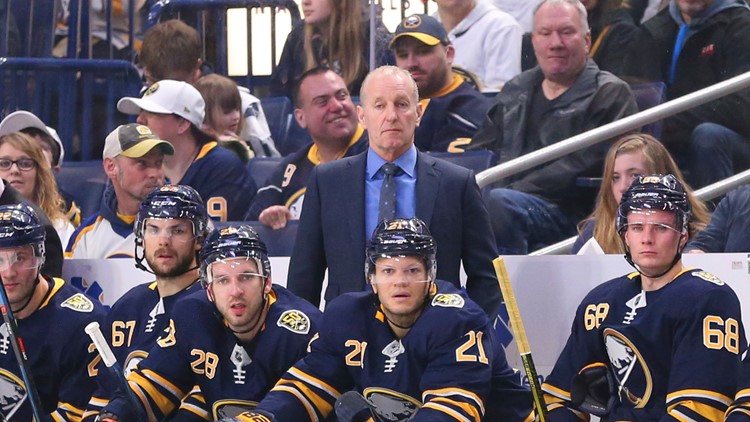 Krueger holding out hope NHL season can be salvaged

BUFFALO, N.Y. — Buffalo Sabres coach Ralph Krueger is trying to remain patient while biding his time back home in Switzerland and hoping the NHL’s regular season will resume eventually.

Krueger says he’s “still hanging on to the possibility,” and adds he’s been trying “not to let my brain go there until that plug is actually pulled on us.”

Krueger spoke to Buffalo-area reporters during a conference call Monday, 12 days after the NHL postponed its season because of the coronavirus pandemic. The Sabres were waiting to play a game in Montreal on March 12 when the league announced its decision. The team then flew home.

The first-year Sabres coach and the players remained in Buffalo through the weekend in anticipation that teams would eventually be allowed to hold practices. He booked a flight to Switzerland once the NHL pushed back its timeline from a two-week break to 45 days.

Krueger keeps in touch with players and team management by text, and says he has no knowledge of any Sabres testing positive for COVID-19.

The Sabres had 13 games remaining and had fallen out of playoff contention.

Krueger believes there is still much to be gained for the Sabres to continue playing, but adds he’ll abide by whatever decision the NHL reaches on whether to resume the regular season.

As for the possibility of the NHL holding its playoffs in the summer and awarding the Stanley Cup as late as September, Krueger said “there’s nothing that I cannot imagine as an option.”