Hamilton: Evaluating the impact of the Sabres' self-imposed budget 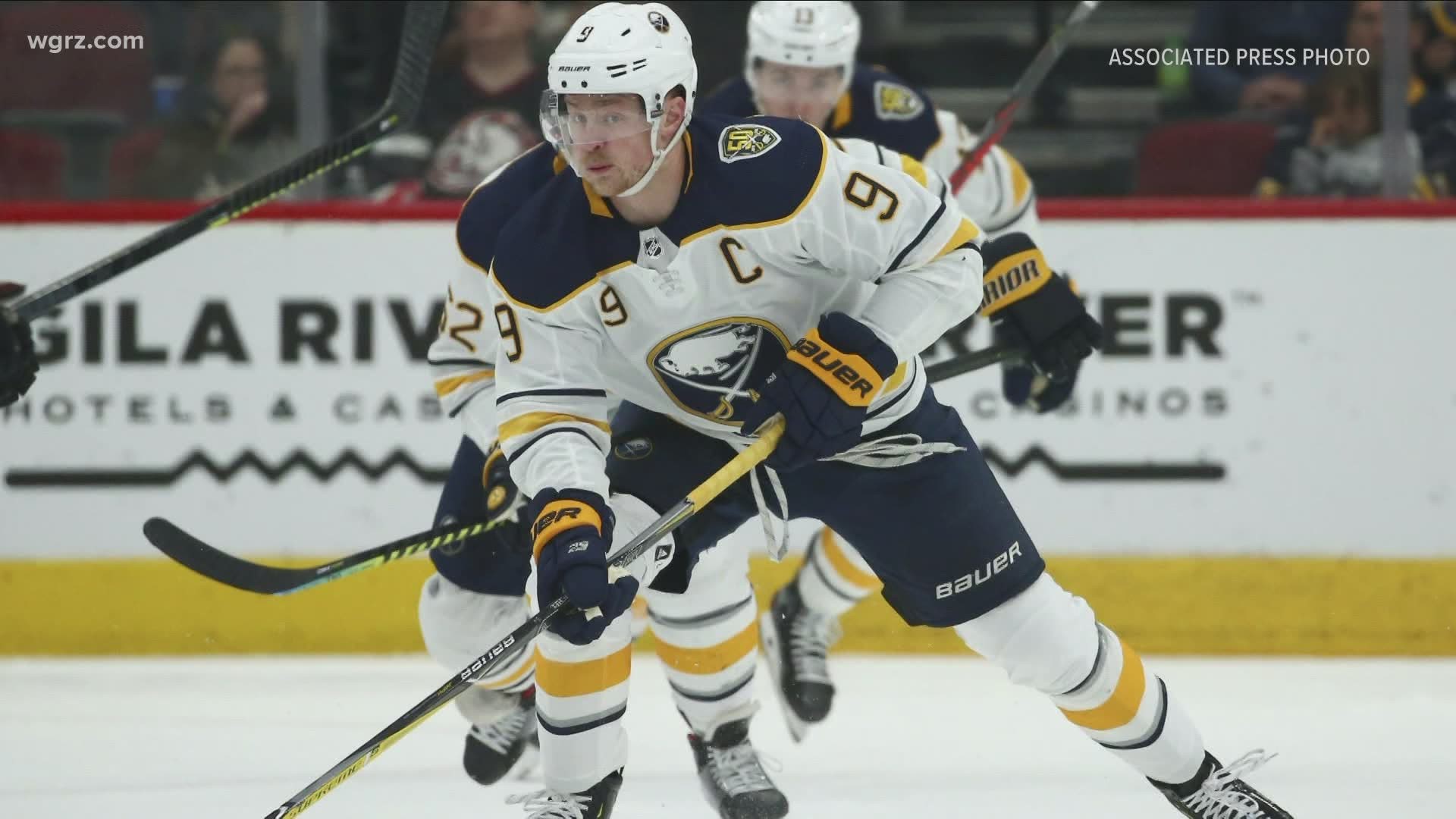 BUFFALO, N.Y. — I asked Kevyn Adams twice if he has the ability to spend to the NHL Salary Cap or if he has been given a budget that will bring the Sabres in below the cap. Adams gave an answer, but dodged the question both times.

I think Adams has a definite budget, but I don’t think it has anything to do with the cap. Adams budget will be how much money that will actually be paid out in salaries. Let me tell you what I mean.

Jeff Skinner has a cap hit of $9 million, but this season he’ll receive $10 million. In acquiring Eric Staal for Marcus Johansson, Adams saved $1 million in salary paid out.

Adams has to deal with just over $1.2 million in overages from last year’s cap because of bonuses that were already paid out, so that will go against the cap, but not against what the team will pay out this season.

Now just because the Sabres won’t be spending as much in salaries, it doesn’t necessarily mean that they can’t be good.

When Tom Golisano was the owner of the team, there was a definite budget because Golisano wasn’t going to lose money to own the team. The Sabres made the Eastern Conference Finals twice and made the playoffs in two other years, so it’s not impossible.

Buffalo had a team that included Chris Drury, Danny Briere and Ryan Miller. Where it fell apart was the mishandling of Drury. Golisano told Darcy Regier that they could keep either Drury or Briere, but they couldn’t pay both. Buffalo targeted Drury and then butchered the negotiations. By the time they were done, Drury said he’d bring any offer back to the Sabres, but didn’t and left. By that time, Briere felt snubbed and the team has never recovered.

Can you blame all that on a budget? I suppose you could, but Drury thought they had a deal and he got upset because the Sabres weren’t getting back to him.

Going into this season, I see a team that could include Dylan Cozens, Tage Thompson, Dominik Kahun, Casey Mittelstadt, Will Borgen, Curtis Lazar and Arttu Ruotsalainen. None of those players should cost over $1 million in actual salary.

I don’t think Adams is free to have any more dead money. That means nobody gets bought out and the team won’t be keeping salary in trades. The question is how much actually money is Adams able to spend in salaries? The NHL Cap is $81.5 million. From everything I’m hearing, I think his budget will put the team at between $70 million and $75 million in actual cash spent. It’s not going to be easy, but I think you still can put together a good team that is better than what we’ve seen in the past decade. The biggest question is can a man that has never been a general manager or assistant general manager figure it out and improve the team? His first trade was a great start, but will see where things go from there.

Here are some key dates that are coming up for the league. Friday, September 25, the first buy-out period begins. That ends October 8. The first round of the NHL Draft is October 6 with the rest being held on October 7.

The teams have until October 7 at 5 p.m. to tender Qualifying Offers to restricted free agents.

I wouldn’t be shocked if some of the Sabres aren’t qualified. Johan Larsson and Zemgus Girgensons come to mind there. There were rumors that Brandon Montour may not be qualified, but Adams said that hadn’t even been talked about.

The last date is the start of free agency. That begins October 9 at noon. That’s always been a time where teams spend stupid money on contracts that they often regret three years later. With a flat cap this season, stupid free agent signings could be reduced. It also may put very could players out in the market at affordable prices.