Eichel: 'How serious this all is'

Sabres captain Jack Eichel remains in Buffalo as the NHL suspension of play during the coronavirus pandemic continues. 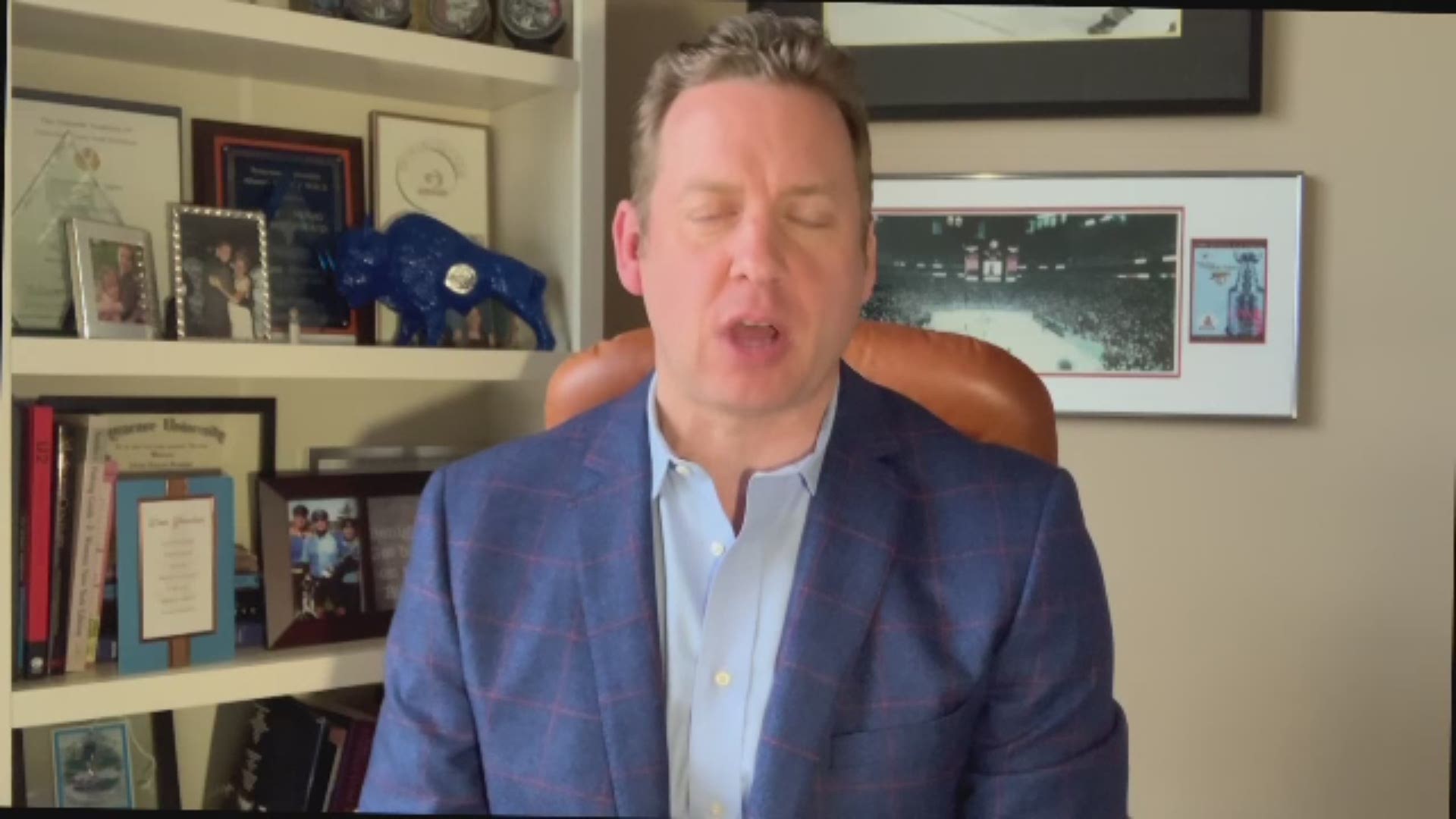 BUFFALO, N.Y. — The Sabres were in Montreal for a game March 12 when they got the call.

The NHL was suspending play in the ongoing fight against the coronavirus.

The Sabres got on a charter flight and flew back to Buffalo. The players were initially told to stay at home in self-isolation in Buffalo. The NHL then shut things down for minimally 60-days and gave the players the option to head to their home cities or countries.

Sabres captain Jack Eichel chose to remain in Buffalo. It was then he said that he realized the scope of the pandemic.

"You know it just started becoming more clear about what was going to happen over the next few weeks," Eichel said. "You know the type of guidance we were getting from the organization and from health officials, and then I think we realized just how much we didn't know about the situation and I think when that happened, that was kind of my come to moment on just how serious all this is, and what type of effect this was going to have on the entire world."

To that end, Eichel says the situation is far bigger than the game of hockey, and offered little thought on how and when play might resume. Elite players Alex Ovechkin and Sidney Crosby have said if the league does return to game action, they should go directly to the playoffs. Eichel says he can't imagine that happening, and that he's finding it hard to envision any scenario right now.

"I can't imagine the NHL right now knows much about what the future holds for us just because I think the world doesn't know much about what's going to happen," he said.

Eichel says he chose to stay in Buffalo rather than return to see family in the Boston area just to be smart and not risk contracting the virus or potentially passing it to others.

He says he's spending time working out in his home gym, and reading.

RELATED: Impact of coronavirus felt throughout the sports world