Eichel scored another highlight reel goal in a 4-2 win over Vegas for his 28th of the season which ties his career-high. 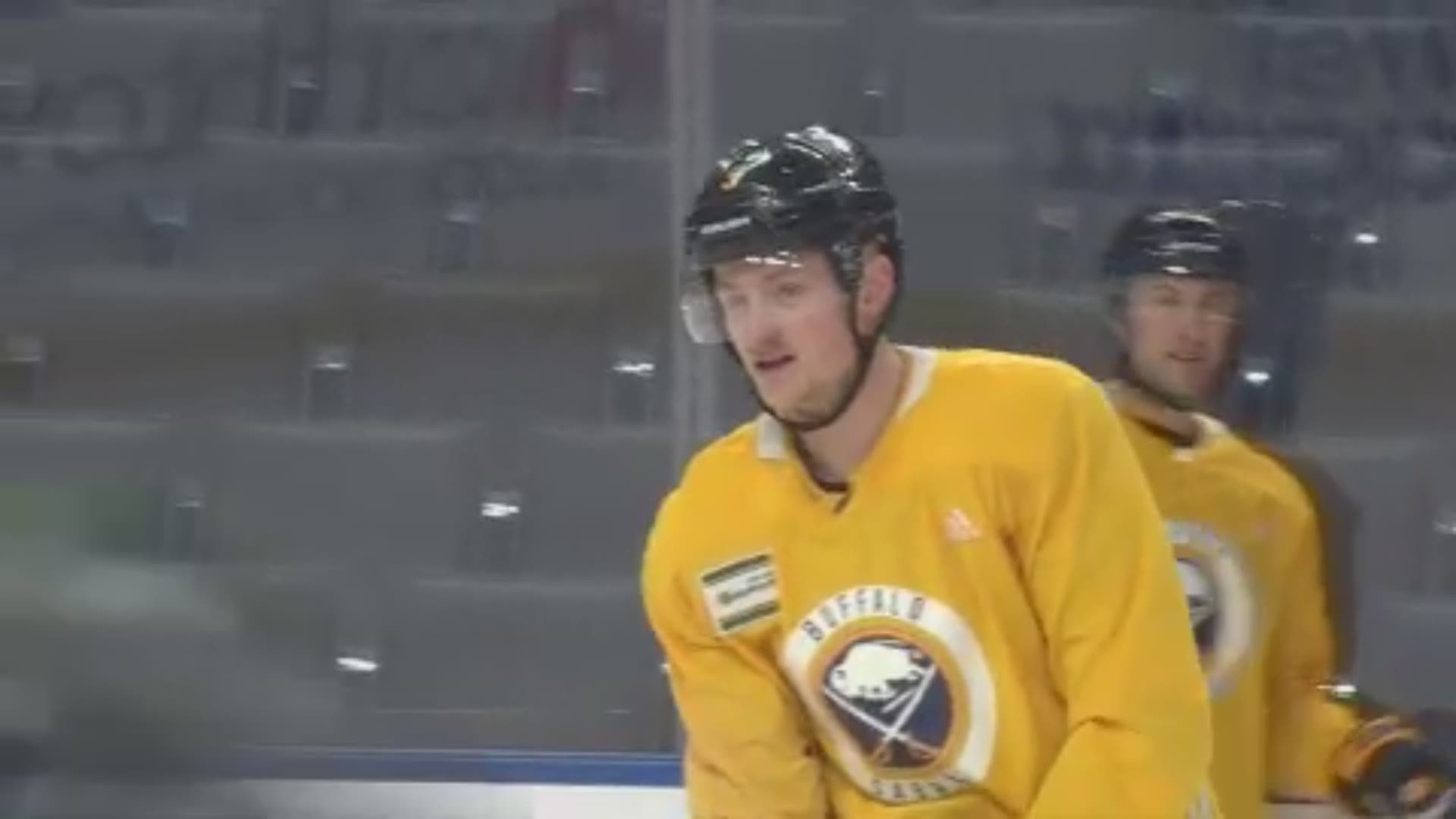 BUFFALO, N.Y. — Whenever the Sabres need a big, clutch, spark whatever you want to call it, Jack Eichel has answered the call and he did it again last night against Vegas.

With the game tied at two, Eichel scored the go-ahead goal on a 2-on-1 with Zemgus Girgensons in another highlight reel goal.

"There's every game something that you watch and you're like 'oh man I don't know how he does that'. Even that goal that's not an easy play to pull off and it's awesome to watch it and experience it," Zemgus Girgensons said.

That was Eichel's 28th goal of the season, tying his career high. He's now tied with Alex Ovechkin for third most goals in the NHL.

Eichel also has 61 points so far on the season which has him in the conversation for the Hart Trophy, and rightfully so.

Even though it's early, it's hard not to talk about the Sabres' captain when mentioning the league's MVP award given "to the player adjudged to be the most valuable to his team."

His 61 points so far on the season are 22 more than the next leading scorer on the team (Sam Reinhart is next with 39).

After this two-game road trip, Eichel will get ready to head to St. Louis and play in his third straight All-Star game.

Up next, the Sabres are in Dallas on Thursday then Nashville on Saturday to close out the first half of the season.