The Sabres are out of the playoffs for the ninth straight season. GM Jason Botterill says he continues to believe in the youth of the franchise. 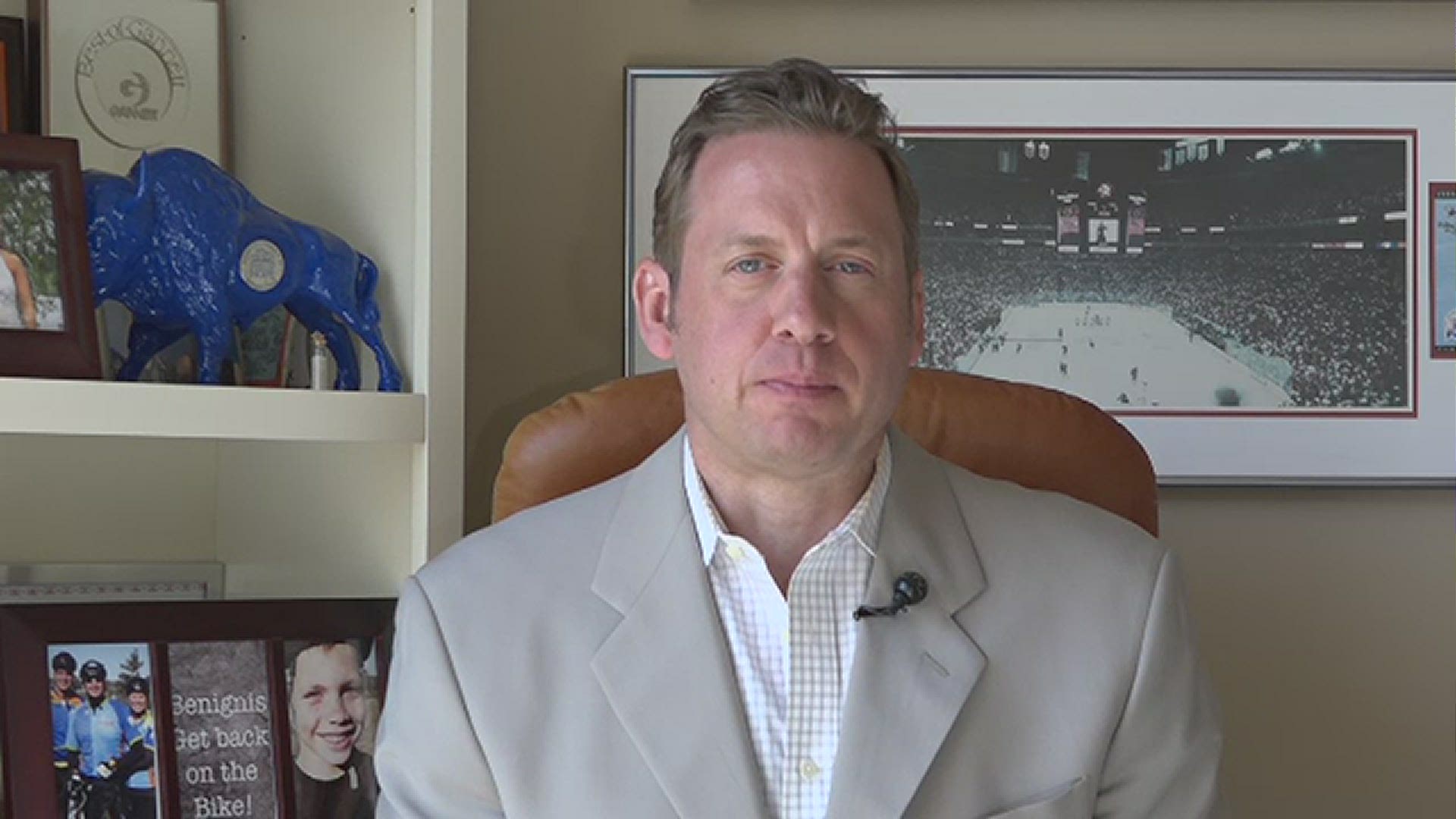 Words that have worn the patience of Sabres fans beyond thin.

Yet that continued to be the mantra of Sabres General Manager Jason Botterill during his end of season zoom conference call wiith local media.

"Look we've understood the passion of our fans here in Buffalo.  We understand that this is a strong hockey market and when we've performed well they've certainly supported us... and I think we understand the difficulty that it is to compete in the National Hockey League day in and day out.  You see it in our home record this year I think we wound up being eighth.  I think for us to make another step that would be into the playoff mix.  I think it's going to be imperative that we find more scorers within our group here... and have the development of young players such as Casey Mittelstadt, Tage Thompson, and Dylan Cozens."

The Sabres did improve on home ice going 20-15-4 at KeyBank Center.  However they finished 21st in the NHL in goals/game at 2.8.

"We have to do a better job of creating more offense throughout our four lines... of having more depth scoring throughout our entire line-up.  As a GM I have to give our coach Ralph Krueger the ability to change different lines up... to have more depth.  l'm going to continue to believe in these young players."

Botterill continued to say he needs to find veteran help, either through trades or free agency.  It's a job made much more difficult with so much uncertainty, which includes what the salary cap will look like, due to the impact of COVID-19.   The draft will likely take place in September, and Botterill would not rule out trading the Sabres first round pick in search of more immediate help for the roster.

The Sabres have now missed the playoffs for nine straight years after just getting edged out by the Montreal Canadiens (based on points percentage) in the NHL's 24-team playoff format.

Sabres ownership has confirmed that Botterill will be back as GM for a fourth season.