As crazy as it sounds, the Sabres are still the playoff conversation. They've won five out of their last six games and gone 7-3-1 so far this month. 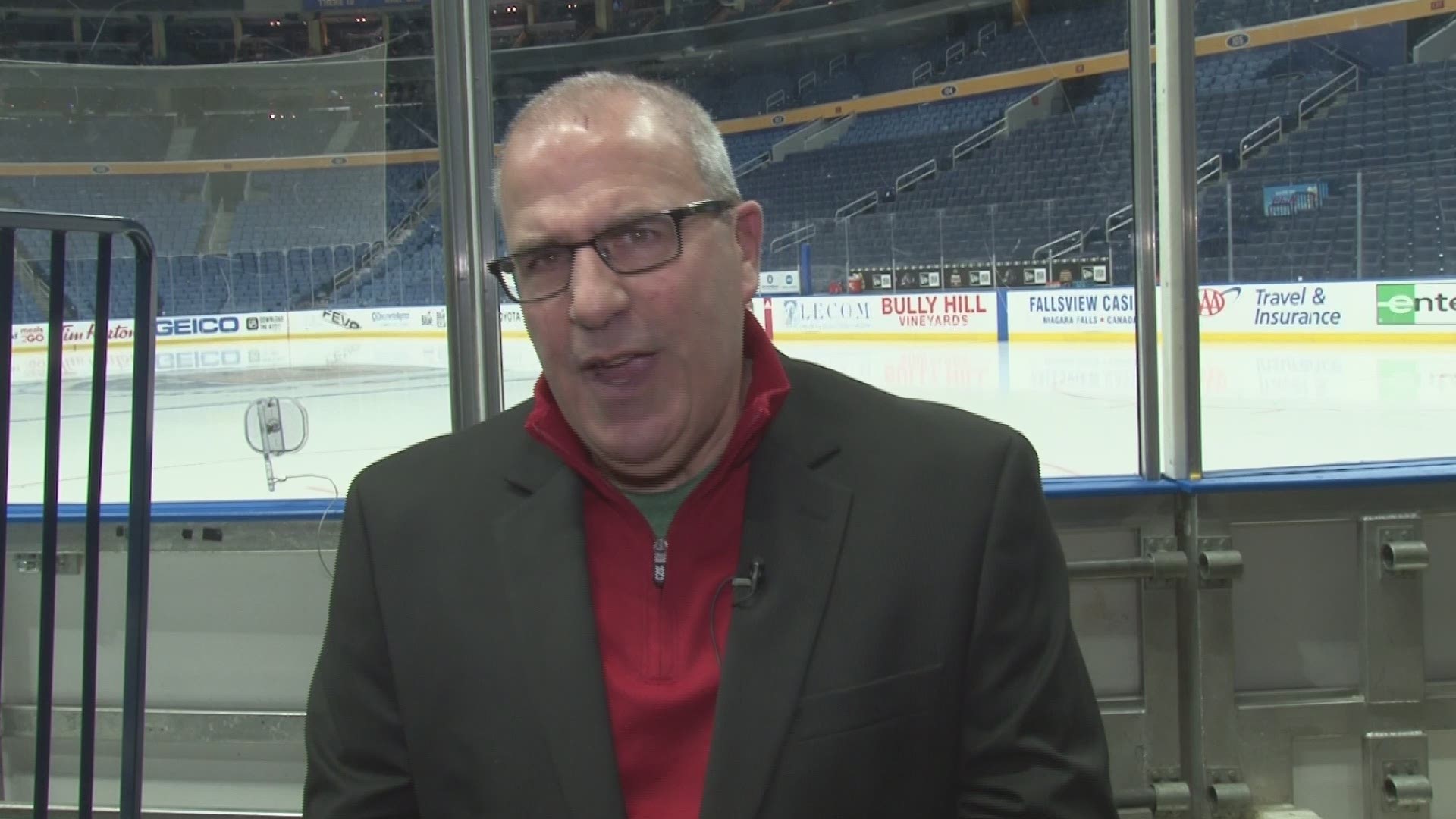 BUFFALO, N.Y. — Even just a few weeks ago, the thought of the Sabres making the playoffs seemed like a far-fetched idea. They came out of the all-star break losing four out of five games with a real stinker to Ottawa in their first game back.

Nine was the number on everyone's minds. That represents the number of years the playoff drought will be at if they fail to reach the postseason again this season.

But now there's a different number fans should be thinking about.

Six. That's how many points they're out of a playoff spot. With the recent success, the Sabres have pulled within six points of Toronto for third place in the Atlantic Division.

As crazy as it seems, this team is in the playoff conversations.

The Sabres have really started to pick things up this month, going 7-3-1 so far in February. With big wins against Pittsburgh and Winnipeg, they have also won five out of their last six games as the trade deadline approaches on Monday at 3 p.m.

Now the conversation shifts from maybe being sellers to buyers, as they should try to make a push for the playoffs instead of worry about acquiring future draft picks. A win-now mentality needs to be in place here.

And the Sabres still have a game in hand with the Maple Leafs, who have not been playing all that well themselves.

Up next, the Sabres will hit the road for a four-game Western trip to play Colorado, Vegas, Arizona and Winnipeg.