Olofsson scored twice in his return to the lineup. Carter Hutton stopped 28 shots to improve to 4-1 in his past five starts. 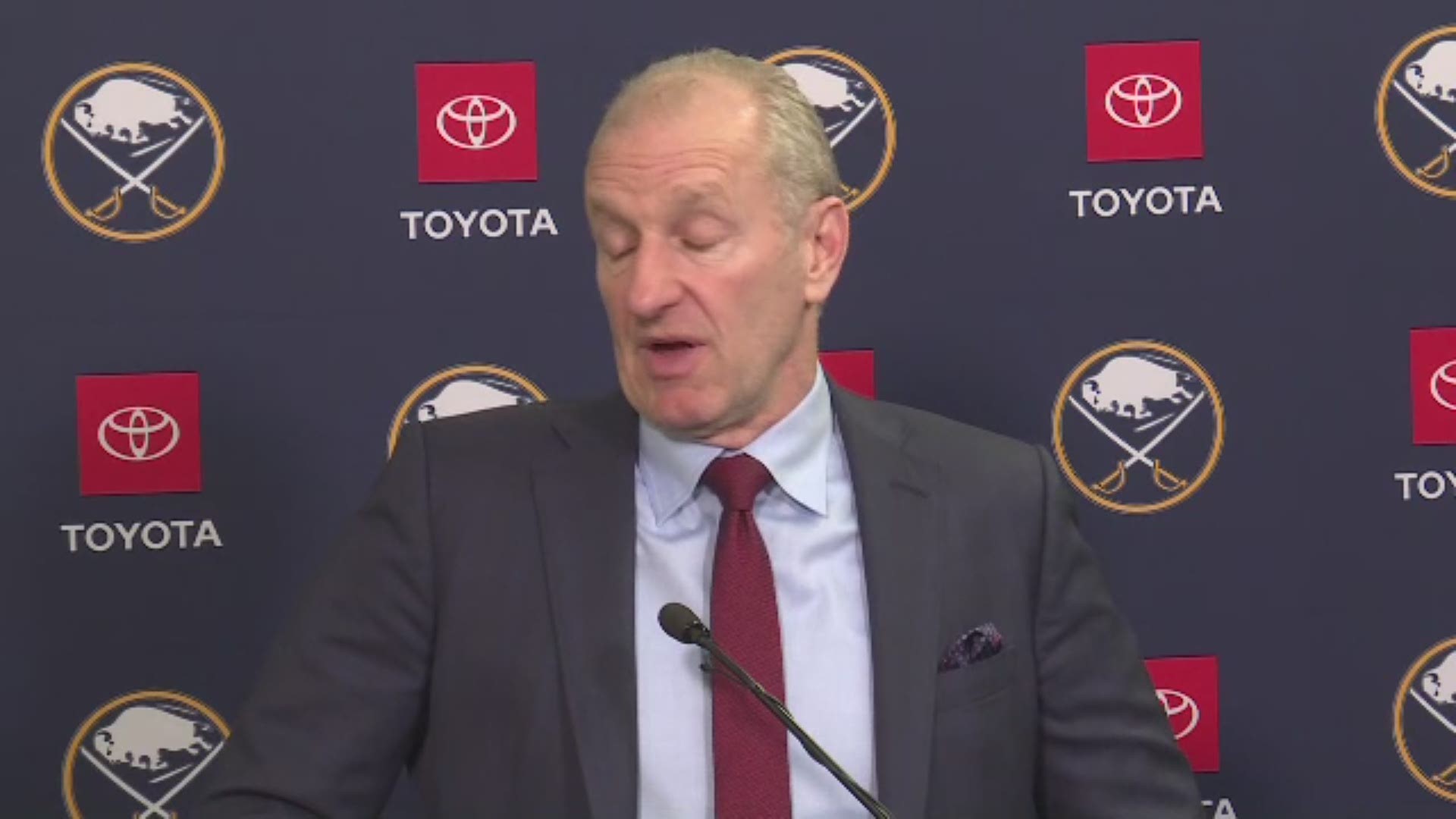 Jack Eichel had a goal and and two assists for Buffalo on a night when the Sabres honored members of their 2000 decade teams as part of the franchise's season-long 50th anniversary celebrations. Evan Rodrigues also scored, and Carter Hutton stopped 28 shots to improve to 4-1 in his past five starts.

Columbus squandered a 2-0 lead, but salvaged a point on Markus Nutivaara’s tap-in goal with 1:13 remaining in regulation.