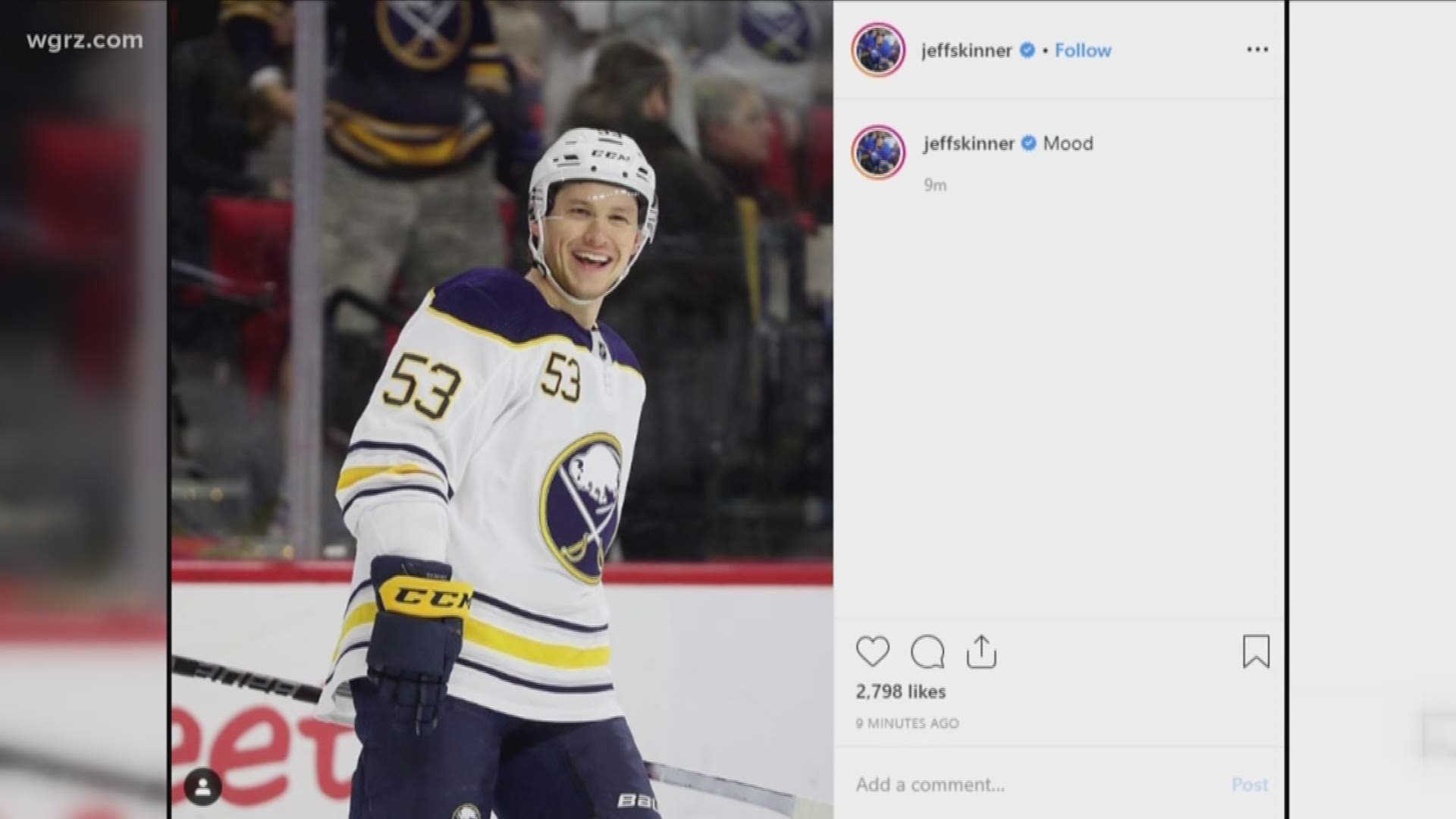 The Sabres announced on Twitter that they have signed Jeff Skinner to an eight-year contract with an average value of $9 million.

Skinner shared this photo on his Instagram after the news of the deal came out.

McKenzie reported the Sabres and Jeff Skinner are closing in on an eight-year contract extension that's expected to have an average annual value of nine million:

The Sabres were trying to get a deal done before July 1 otherwise Skinner would have become an unrestricted free agent.

"I think there's just an urgency because we've always wanted the player. We've always wanted him back and we want him to be part of our group moving forward here and we've always continued to try and look at our group and try to add to our group versus trying to replace," Sabres general manager Jason Botterill said on Wednesday as the team formally introduced Ralph Krueger as head coach.