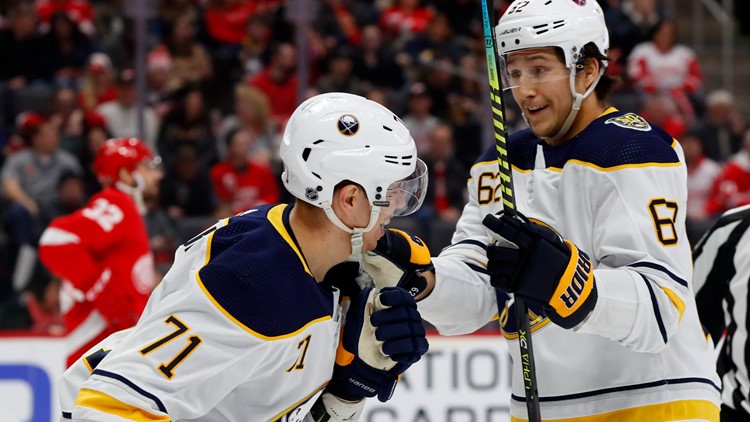 DETROIT — Evan Rodrigues scored twice in the first 5:00, and the Buffalo Sabres cruised to a 5-1 victory over the Detroit Red Wings.

Rodrigues entered with no goals in 25 games this season, but he ended that drought with a couple quick tallies against the Red Wings.

Zemgus Girgensons also scored in the first period for the Sabres. Zach Bogosian and Rasmus Ristolainen later scored for Buffalo.

Madison Bowey had the only goal for Detroit. The Red Wings have the worst record in the NHL.

They actually came in with a modest two-game winning streak, but Detroit couldn't overcome its poor start in this one.