Thinking what a Bills-Bucs Super Bowl would have been like? You're not alone

Bucs tight end and Amherst native Rob Gronkowski gave it a great deal of thought on the flight back from the NFC title game. 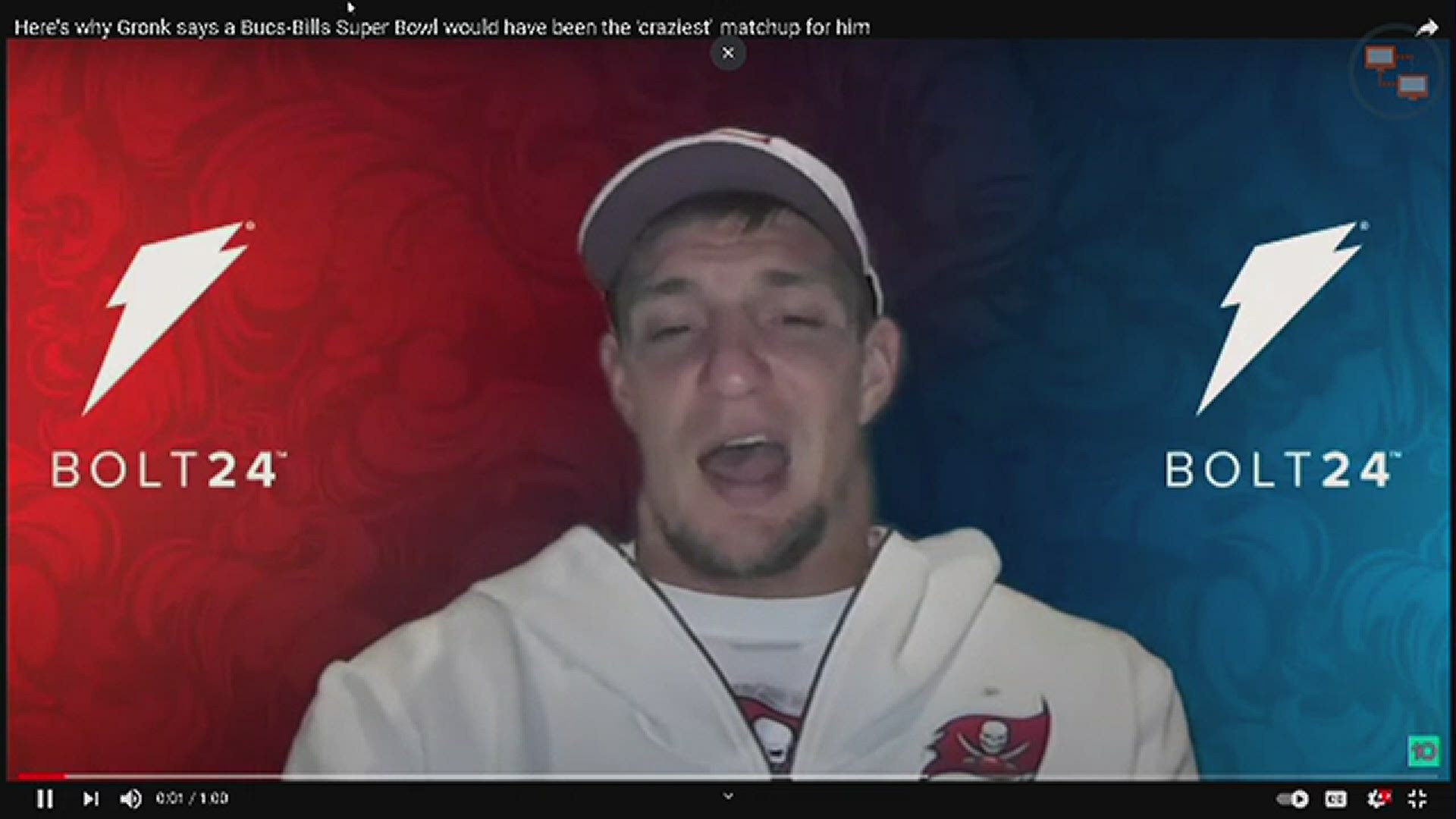 You can take Rob Gronkowski out of Buffalo, but you can't take Buffalo out of Gronk.

He's getting ready to play in his sixth Super Bowl. The five prior, of course, have been with the New England Patriots, and he's back in the big game in his first year with Tampa Bay.

He and the Buccaneers will face the defending champions, the Kansas City Chiefs, on Sunday in Tampa, Florida, but it's fair to say Gronk has given thought to what could have been.

During his media availability this Super Bowl week, Gronkowski says he gave a lot of thought about the possibility he could go against his "hometown team," the Buffalo Bills, had they been able to beat Kansas City in the AFC championship game.

"For myself, because I'm from Buffalo, I was thinking, 'Oh man, if Buffalo beats the Chiefs, I'm going to be playing my hometown.' ... Like the Buffalo Bills ... you know, checking the score, because we were on the plane on the way home (from the NFC championship game at Green Bay.) All my friends were texting me when the playoffs started ... Bucs, Bills ... see it now ... Bucs,Bills. ... Every week we won, they won. ... Bucs/Bills ... and I was like, that would be the craziest Super Bowl like for myself because I'm from Buffalo."