Legendary Sabres' play-by-play broadcaster Rick Jeanneret spoke with Stu Boyar Friday and reflected on one of his all time great calls, Jason Pominville's overtime series winner against Ottawa in 2006. 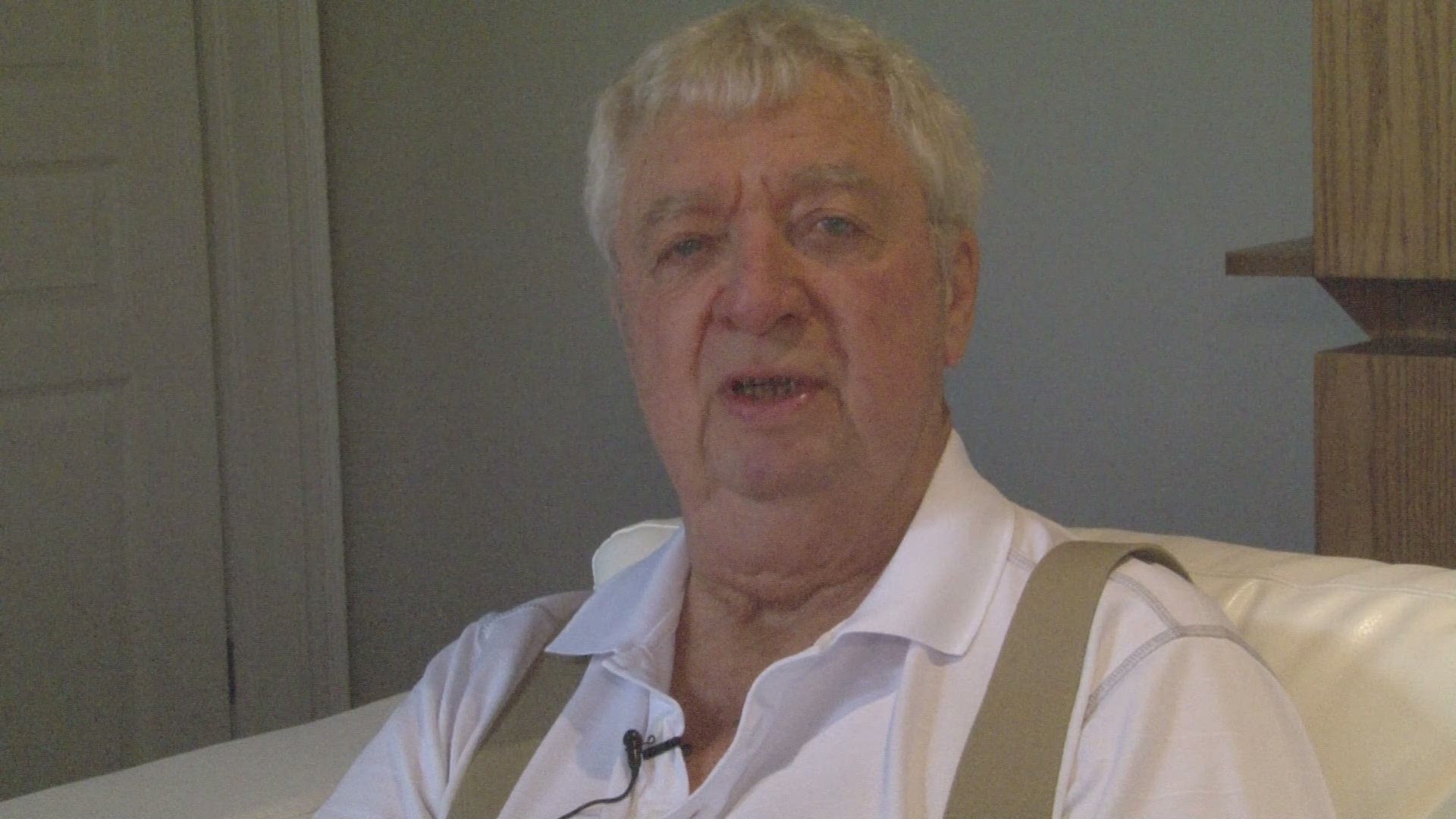 BUFFALO, NY-- Legendary Sabres' play-by-play broadcaster Rick Jeanneret feels great and will know his schedule shortly after the NHL releases the schedule in the next month or so.

Jeanneret told 2 On Your Side's Stu Boyar Friday, "I feel awesome. Got my fingers crossed here, you might not be able to see them but they are crossed and I have felt good since I came out of the cancer treatment. They did a wonderful job."

"I've got the best job in hockey," Jeanneret said. "They just hand me a schedule and say pick your games, so I'll probably do about what I did last year, about half the schedule maybe a little bit more than that, but somewhere in that range. And until the schedule comes out I won't know. It will be out sometime next month."

It was ten years ago Friday that Jeanneret made one of his most famous calls. Jason Pominville scored in overtime in game 5 in Ottawa to win the series for the Sabres.

It's a call that every Sabres' fan remembers when they discuss Rick's greatest calls. "To be honest, I don't remember that call of the goal at all," recalls Jeanneret. "I've heard it since, then of course, but I don't recall it myself, no."

Where does Jeanneret get the inspiration for his calls? "Mostly they just pop out of me and I'm thankful over the years the wrong thing hasn't popped out. There's not too many of them that I've thought about ahead of time. Somebody against me about scary good, and the only thing I can say about scary good is that I might have done a little is that I might have done a little copying there, taken a little poetic license because I think around that time there was a product on the market and being advertised as being scary good. I don't remember what it was, could have been a cereal, could have been a motor oil could have been whatever but it seems to me that there was a product on the market at that time. The call just popped out I didn't go into it at that moment thinking this is what I'm going to say."

Jeanneret said in terms of history of the franchise, the Pominville goal would be up there with 'no goal', but the one he compares it to, is the Brad May goal to complete a sweep of the Boston Bruins.

"Brad May scored a big goal against a Hall of Famer (Ray Bourque) and Pominville beats another Hall of Famer in Daniel Alfredsson, granted his playing out of position, but still I tend to compare the two of them."

Jeanneret is "enormously optimistic" about the Sabres' future. "I think last year was a huge step in the right direction. It was a lot more fun watching the games, it was a lot more fun broadcasting the games and when I look at some of the youngsters and I know how aggressive Tim Murray can be and I'm sure that he is going to be aggressive this year and with the draft in Buffalo he might want to make a little bit of a splash as well. I think there's an enormous upside for this team."

Jeanneret also told us that he remains in good health after beating cancer two years ago. The 73-year-old was diagnosed with stage three throat cancer, which caused him to miss part of the 2014-15 Sabres season.
He told us on Friday that his recovery is so far, so good. 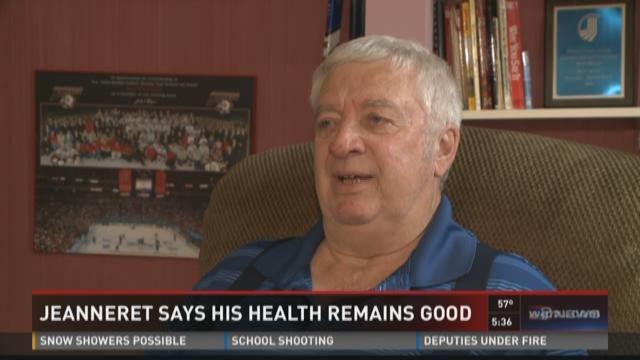