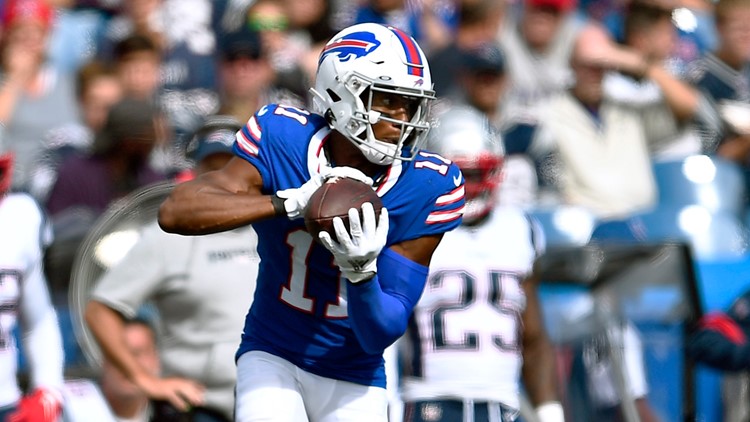 BUFFALO, N.Y. — The Buffalo Bills have traded wide receiver Zay Jones to the Oakland Raiders for a fifth-round draft choice in 2021.  The team confirmed the news Tuesday after it was first reported by ESPN on Monday night.

Jones was a second-round pick in the 2017 draft. The Bills traded up to select him.

Jones played just one snap in Sunday's win over the Titans.

The emergence of wide receiver Duke Williams certainly played a role in Jones falling out of favor with the Bills.

Williams with four catches for 29 yards and the game-winning touchdown against the Titans.

Jones appeared in all five games this season for the Bills. He had seven catches for 69 yards.

RELATED: Bills grind out victory in Tennessee, improve to 4-1 this season