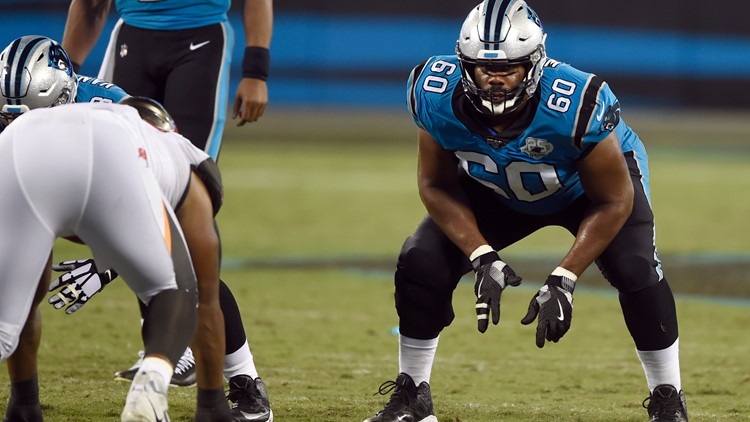 Photo by: AP
Carolina Panthers offensive tackle Daryl Williams (60) lines up against the Tampa Bay Buccaneers during the first half of an NFL football game in Charlotte, N.C., Thursday, Sept. 12, 2019. (AP Photo/Mike McCarn)

BUFFALO, N.Y. — The Bills "Carolina connection" has struck again. NFL Insider Ian Rappaport tweets that the Bills have signed offensive tackle Daryl Williams. The Bills have now confirmed the Rapoport tweet with one of their own.

Williams is 6 feet, 6 inches and 335 pounds. He played his college football at Oklahoma. He was drafted by Carolina in the fourth round of the 2015 NFL draft.

He played in 56 games for the Panthers, starting 41. The Bills greatly value his versatility as he has played both guard and tackle.

He missed all of the 2018 season with a knee injury.