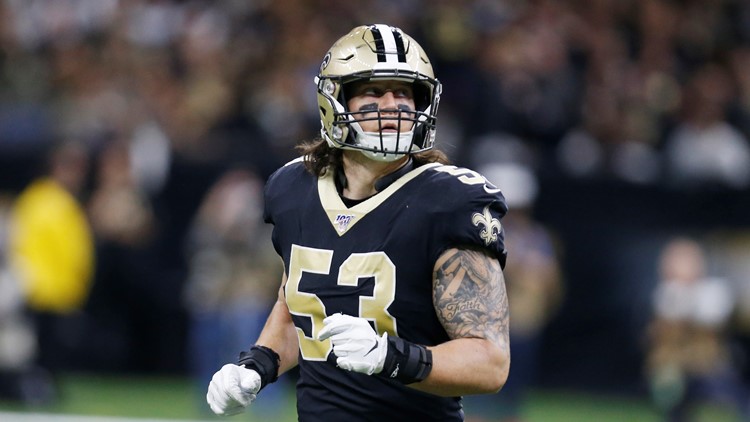 Photo by: AP
New Orleans Saints outside linebacker A.J. Klein (53) looks up from the field, during the first half at an NFL football game against the Carolina Panthers, Sunday, Nov. 24, 2019, in New Orleans. (AP Photo/Butch Dill)

Caplan added that the Bills are still looking for help at the position.

Klein was drafted by the Carolina Panthers in the fifth round of the 2013 draft. He's good against the run and can get after the quarterback as a blitzer.

In 2017 Klein signed a three year $15 million contract with the Saints. He played with the Panthers from 2013 through the 2016 season.