Playing in Buffalo never gets old for Patrick Kane

Even though Patrick Kane has played in his hometown many times over his 12 seasons in the NHL, he still circles this game every year when the schedule comes out. 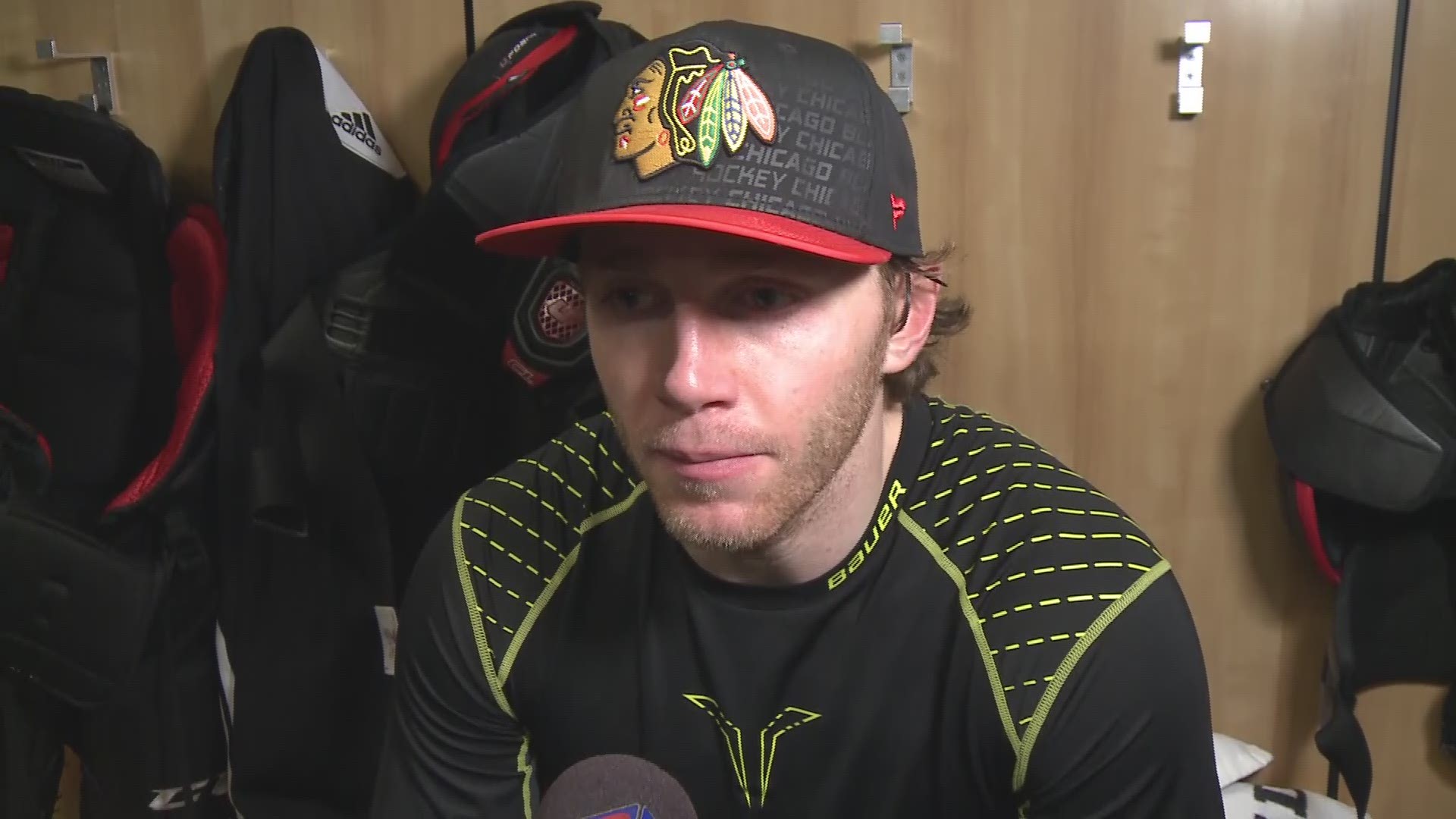 BUFFALO, N.Y. — Even though Patrick Kane has played in his hometown many times over his 12 seasons in the NHL, it never gets old.

"No it doesn't. I think it's probably one of the first things I look for on the schedule is to see when I'm coming back. It's always exciting to come back here," Patrick Kane said.

While the South Buffalo native is getting ready for another game at KeyBank Center against the Sabres but this time he's in a much different situation than years past.

The Blackhawks are coming off a season where they missed the playoffs for only the second time in Kane's career (the first was his rookie year) and the season before that they were swept by the Predators in the first round.

Despite the Hawks' struggles this season, Kane is showing no signs of slowing down  even if he did just turn 30 in November. He has 29 goals and 71 points in 50 games so far this season. He's on pace for 46 goals, 68 assists and 114 points. Those would either tie or set new career-highs.

But if they're going to make the postseason this year, it's going to be an uphill climb the rest of the season.

Chicago is seven points behind Colorado for the second wild card spot with just 45 points so far and they're last in the Central Division.

"The biggest thing is we know we have to go on a couple runs and you can't win seven or eight in a row at once so we'll try to come out with a bang tomorrow. We need to start feeling confident about ourselves. The Sabres are a good team, they've had a good season so far," Kane said Thursday after practice before playing the Sabres on Friday night.

The Sabres grabbed national attention when they went on that ten-game winning streak back in November and even though they've cooled off since then, teams see the challenges they present.

"A good team, fast team, it seems like they play an up-tempo game. I think they've got a lot of young players so it seems like they have some good pieces in place to be a contending team for a long time so we know we're going to have to play a fast-paced game," Kane explained.

The Blackhawks won two straight before their bye week and are looking to carry that momentum into Friday night's game while the Sabres are trying to do the same as they look to keep their playoff hopes alive.

And even though Kane is trying to get his team back on track, he still takes time to reflect on special memories when in this building.

"I pretty much grew up in this rink, coming to a lot of Sabres games when I was younger. I really enjoyed my time as a kid here. It kind of brings back a lot of memories even just walking through the tunnel, I see where I used to sit," Kane said.

The Sabres host the Blackhawks on Friday, February 1st at 7 p.m.