WGRZ's Adam Benigni is joined by Peter King of NBC Sports for takes on Josh Allen's progress in 2020. 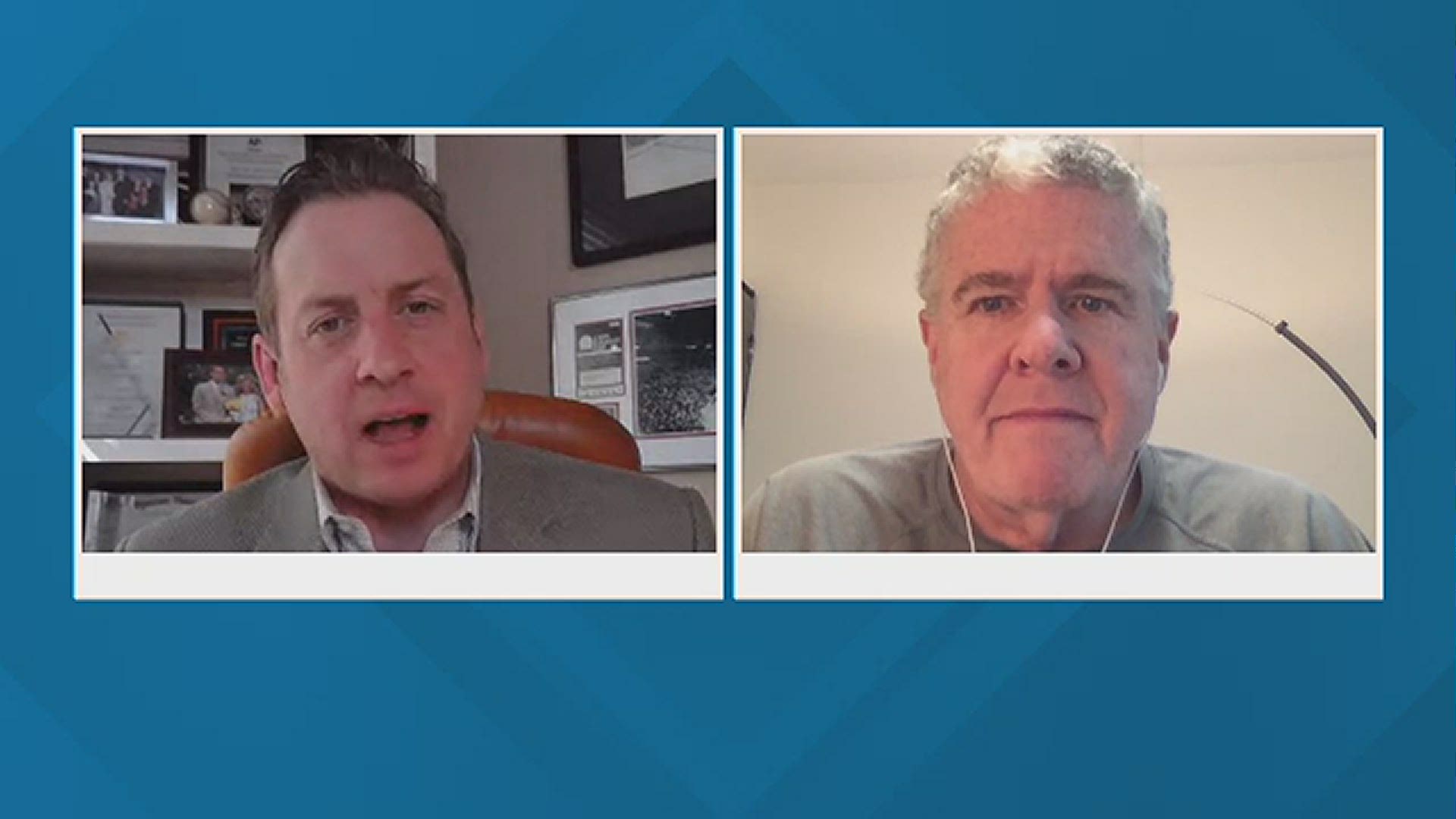 ORCHARD PARK, N.Y. — Through the first four games, Bills quarterback Josh Allen did everything to affirm what the Bills saw in him when they drafted him seventh overall in 2018 showing tremendous progress in his third season.

It was a bit of a reality check that caused concern in the sense that Allen reverted back so some of the bad habits he'd worked to free himself from over the past two seasons.

NBC's Peter King says he saw Allen as an MVP candidate through the first four games of the season.

That perception changed a bit in the loss to the Titans.

"He still may be a prime candidate for the MVP, but his game in Tennessee which looked a lot like some of his games pre 2020 is a bothersome game."

You can check out Peter King's weekly NFL column "Football Morning in America" every Monday at  nbcsports.com.