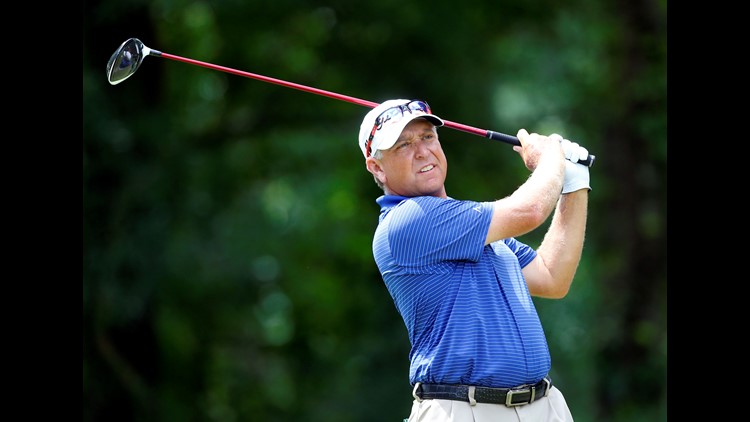 The gusting afternoon wind, which buffeted flags and shook hospitality tents across Oak Hill Country Club's East Course, hadn't yet fully arrived when Parel closed with birdies on the par-4 17th and 18th. Retief Goosen, Marco Dawson and Ken Tanigawa were a stroke back.

The round was completed just before 9 p.m., about a half-hour after the sun set, and 14 hours after the first group teed off. The long day was the result of late-morning thunderstorms that caused a delay of 2 hours, 15 minutes.

Parel also eagled the par-5 fourth, dropped a stroke on the par-4 seventh and birdied the par-5 13th.

Jesper Parnevik, Jeff Maggert and Darren Clarke shot 69s on the 6,800-yard course that changed in complexion with the dramatic shifts in weather that rolled through suburban Rochester.

The day began with temperatures in the mid-60s and hardly a whiff of a breeze. Though rain softened the usually fast greens in the afternoon, players faced 15 to 25 mph wind, with gusts up to 40. That played havoc on the narrow course with tiny greens and placed a premium on avoiding the rough.

Of the 15 players who finished under par, 12 came from the morning groups and just three from the afternoon.