The Western New York Land Conservancy needs to raise $1.6 million by the end of the year to protect Mossy Point. 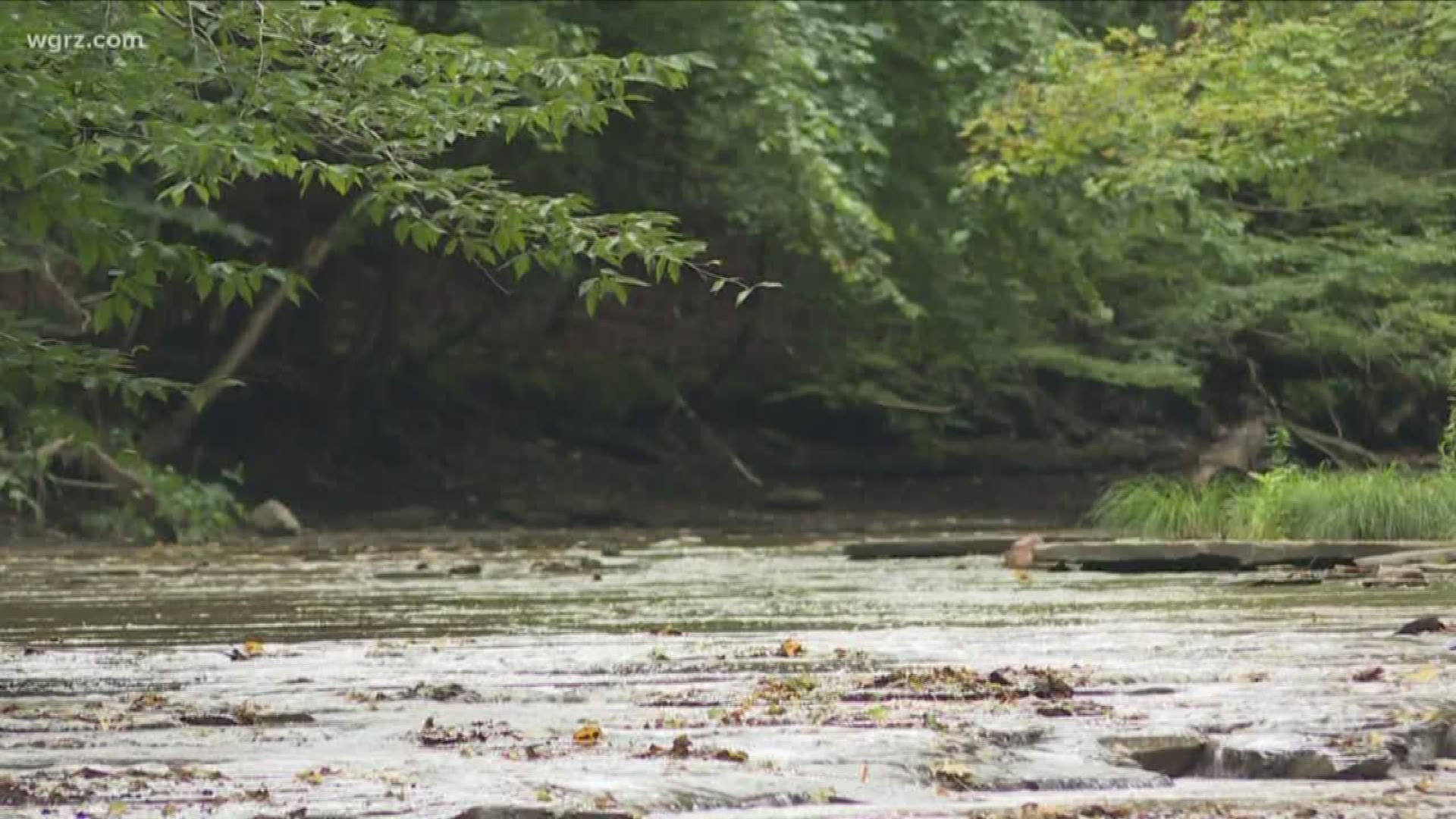 WALES CENTER, N.Y. — The protection of the land we live on is often taken for granted. Modern societies are far too often guilty of treating land as a commodity, worth only what monetary value we affix to it. But the inherent worth of land goes far beyond that.

That's why groups like the Western New York Land Conservancy (WNYLC) are so important. The conservancy has been acquiring and protecting land in our region for three decades.

One of their most recent projects is to purchase Mossy Point in Wales, a property that had been owned by a local family since the 1920s. WNYLC has owned an adjacent property, the Kenneglenn Nature Preserve, for almost 20 years.

Mossy Point on the surface is a striking expanse of land.

"The wildlife is incredible," said Rose-Burney. "You know you have Great Horned Owls and Barred Owls nesting in the forest, you have old growth forest on top of the ridge. I mean, this is forest that's never been cut, massive oaks, massive hemlocks, it's really incredible."

Rose-Burney added, "The bird life, the migratory birds, we have birds that come up from South America in the spring, they nest in the creek here, the Louisiana Waterthrush does."

Beneath its surface, Mossy Point takes on even more importance, something Rose-Burney says is critical to all Western New York.

"This tract of land is part of a headwater forest of the Niagara River, so everything that happens here ends up in the Niagara River," he said. "As a protected forest, this place cleans the water, it reduces flooding, provides wildlife habitat."

That means that not protecting it could have dire consequences.

"It could be logged, it could be developed, and what that means is you're going to have more sedimentation, more erosion," Rose-Burney said. "It's going to hurt water quality, even flooding in places like West Seneca and South Buffalo will get worse, so everything that happens here impacts everyone that lives downstream."

The land conservancy is in need of some last minute help from the community that has done so much to support them in the past.

The deputy director says that they have until the end of the year to raise $1.6 million to purchase Mossy Point.

"We've raised almost $1 million already. Some big grants, a lot of individual donors, that's what we need," Rose-Burney said. "Over the next three, four months, we need individual donors to sort of step up and champion this place and save it."

If it's not protected, it may be lost to the community forever.

"At the very least, you won't be able to come here as the public, as the community, because it's going to be private. And so it really is threatened, and the time frame is real. We have until the end of the year to raise the money, to protect it, to buy it, or risk losing it."

For information on how you can help their efforts, visit the WNYLC website here.