The New York State Department of Environmental Conservation says the criminals could face misdemeanor or even felony charges for intentionally removing the signs. 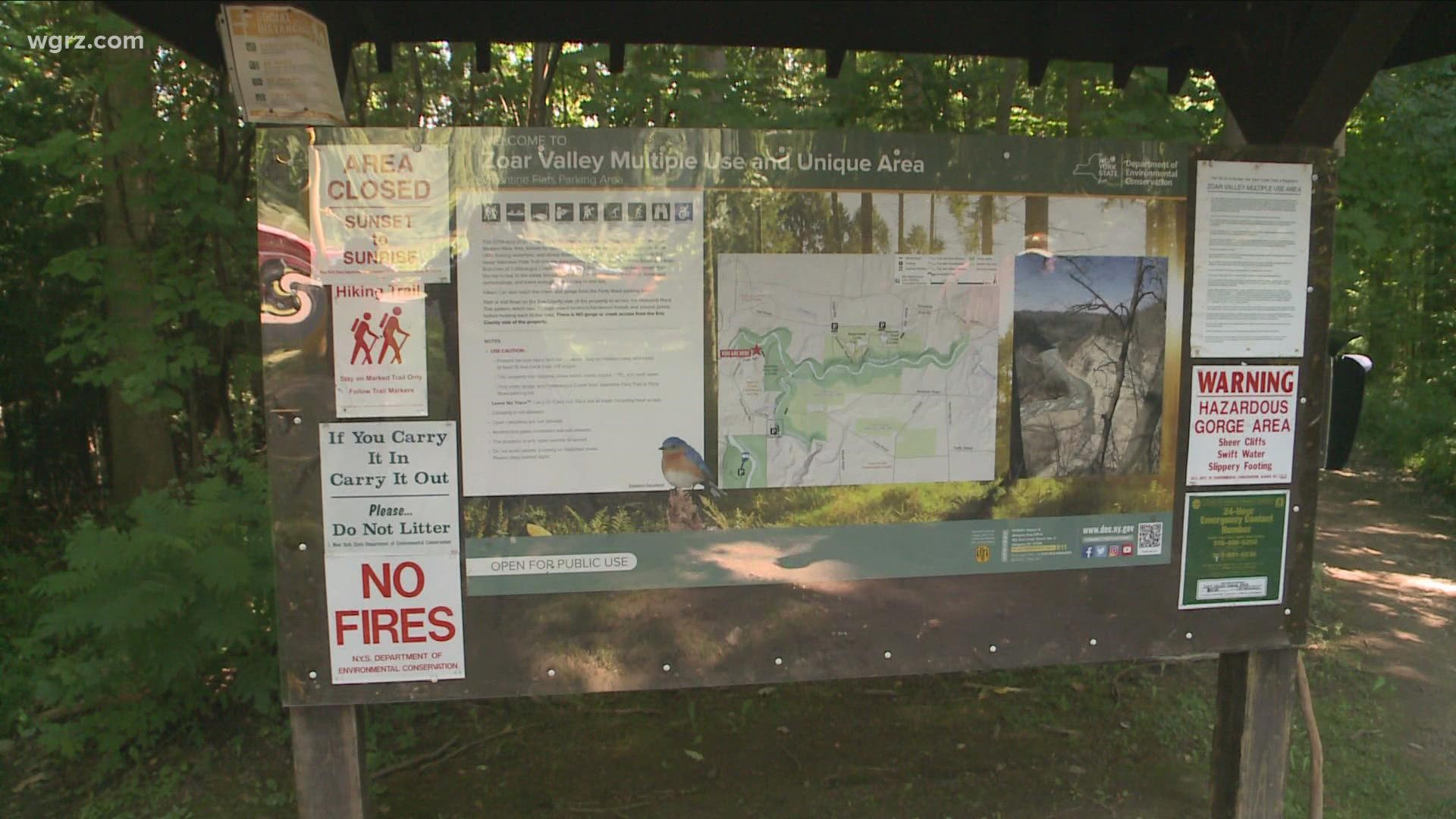 GOWANDA, N.Y. — Efforts to improve safety at Zoar Valley seem to be working with fewer calls this summer than in past years, but there's a new challenge for the forest rangers who patrol the area.

Many of the new signs meant to keep people from getting too close to the edge have been removed.

"Very shortly after the signs were initially installed, we had 14 of the 15 signs that were put up on the north side pulled," said DEC Forest Ranger Lt. Martin Flanagan. "It's difficult enough to try to just get and maintain signs no less than to have to also fight the public if they're vandalizing them."

The signs are expensive to replace when you factor in the cost of the materials and the labor.

"It's a hassle, and there's just not a lot of funding for replacement of signs," Lt. Flanagan said during an interview at Zoar Valley. "It becomes a specialized sign, et cetera, and these are on a post as you saw coming in, so it's an additional expense for the post."

Lt. Flanagan also showed 2 On Your Side new trail registration books, which are similar to those used in the Adirondacks. They help keep track of who is in the area at any given time.

"Give some basic information, their basic plan for the day, and then sign out," Lt. Flanagan said. "That way, if you do turn up overdue, we have a point of contact and some other basic information."

The DEC said if someone is caught intentionally damaging or removing the signs at Zoar Valley, that person could face misdemeanor or even felony charges, depending on the circumstances.

The DEC said there are active investigations underway. Anyone with information on damaged, destroyed or removed signs should call 1-844-DEC-ECOs (1-844-332-3267).