2 the Outdoors: A frightening bird decline

The 'canary in the coal mine' may already be warning us. 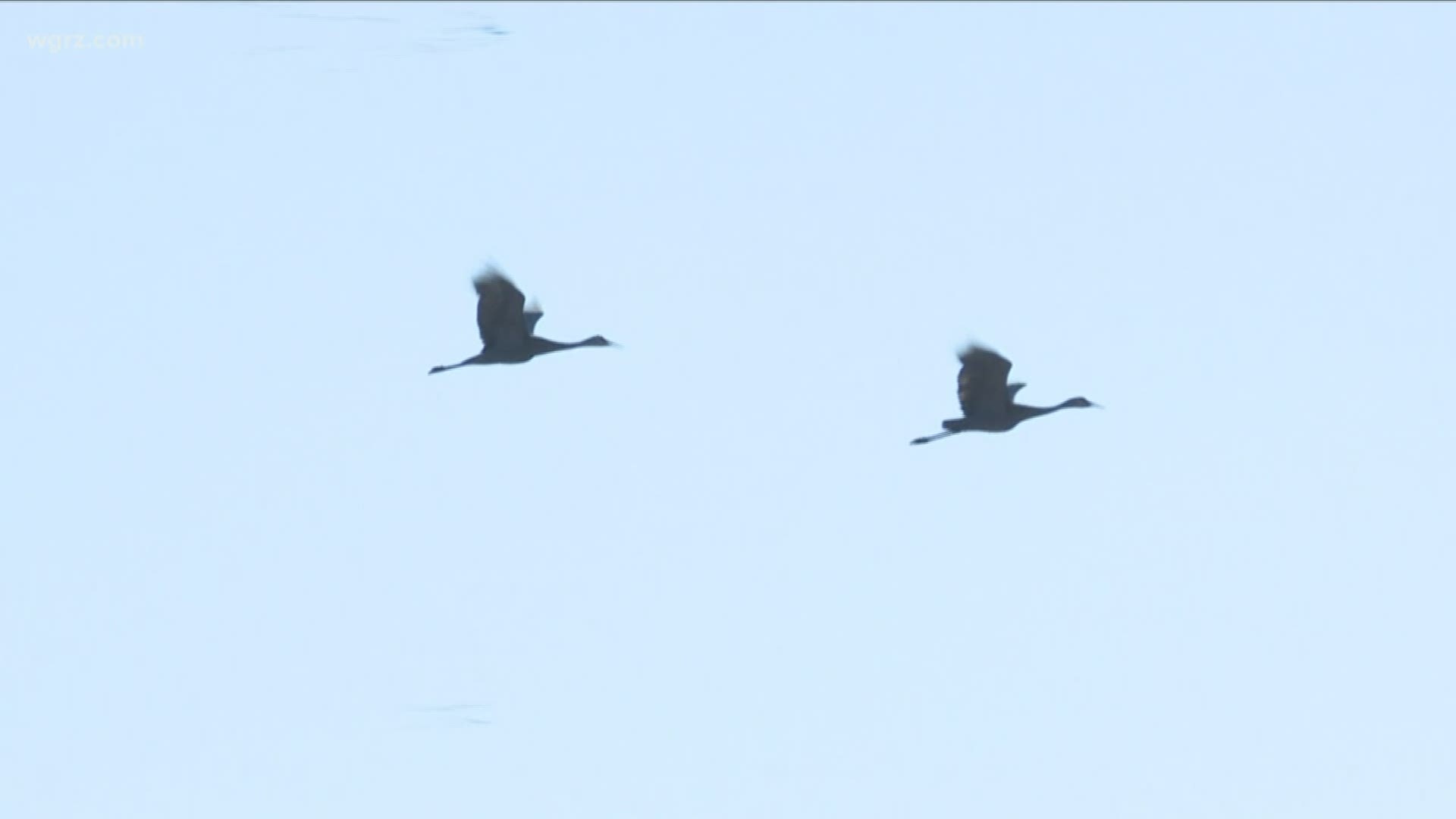 BUFFALO, N.Y. — The old phrase "canary in a coal mine " refers to something that acts as an indicator of trouble within a system. Two recently released studies are literally bringing that phrase to life.

The first report was published in September in Science Magazine. Drawing on decades of data from several sources, it paints a frightening picture of loss within the global bird community.

Cornell University Professor Ken Rosenberg is the lead author of the study.

"We were pretty shocked by this result. When we took into account the increasing and decreasing bird populations, there was this net loss of 3 billion birds across all species over this 50-year period, so that was quite a shocker," Rosenberg said.

The second report was released by the National Audubon Society. Also compiled from decades of research, the study takes a look at the future of the avian population in North America.

Credit: Terry Belke
The loss has affected all species.

The massive loss already happening and the potential future damage has been caused by a number of factors. Rosenberg says that the common thread among them is human influence.

"It's all human caused," Rosenberg said. "Habitat loss is because of either modification, land use for agriculture, or for urban development, but the primary cause is human cause."

One of the most dismaying facts to come through in this news is that the loss in population is so pervasive. It's not just affecting rare and threatened birds, it's impacting all species.

"We were surprised that many common and familiar species, backyard birds, Red Wing Blackbirds, other kinds of sparrows, Dark Eyed Juncos. All seem to be suffering this massive loss in abundance," Rosenberg said.

Credit: Terry Belke
Though the studies may be grim in nature, it's not too late to change course.

Like that proverbial canary, Kerr says the avian decline warns us that much more is wrong with the environment, and we ignore this problem at our own peril.

"That's a sign of lots of problems!  We're losing insects at an alarming rate, we're losing water quality, we're losing habitat, we're losing all these things that make up an ecosystem, and birds are just showing us that," Kerr said.

Though both studies remain optimistic that positive change can be impacted, the clock on such action is ticking, and we must act now.

"People who care about birds should be paying close attention to this and thinking about what kind of changes they can make in their own life," Rosenberg said. "But ultimately, people who care about nature need to become a political force in this country."

Kerr added: "There's still work to be done, but we can turn this around."

To learn more about Beaver Meadow and their conservation efforts, click here.