The center helps both animal and human. 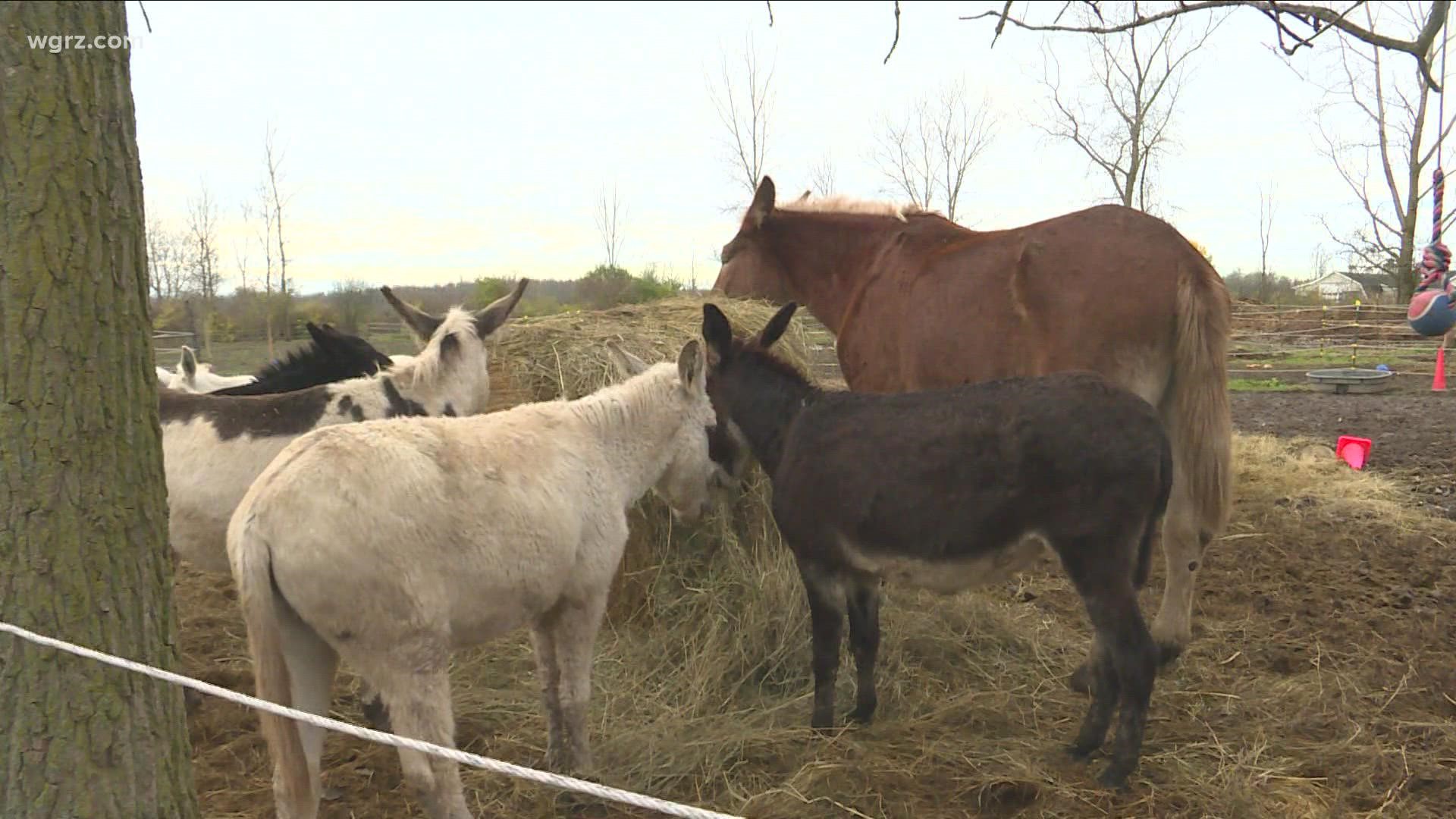 GASPORT, N.Y. — There are many wildlife rehabilitators and animal rescue centers in Western New York, but none quite like Whispering River Animal Rescue in Gasport.

To begin with, the center specializes in saving Donkeys destined to die in one of the infamous equine kill auctions that operate across the country. The auctions send the donkeys and horses to Mexico and Canada for slaughter for human consumption.

Founder Jackie Serrano began the rescue a year ago.

"We are competing against the price of meat for these guys, so it is not a nice place, the animals are fearful, there's some of them that are taken care of to a kill auction standard, but there are other ones that it's a complete nightmare."

Credit: Terry Belke
"Fireball" is a recent addition to the Whispering River family.

The doomed donkeys find a  caring new home at the center and are available for adoption to a forever home. "Out of all the farm animals," says Serrano. " And I mean, I've been around horses, they are so much more compassionate, they're so much more of their soul."

Credit: Terry Belke
Donkeys are both compassionate and intelligent.

But it's not a one-way street at Whispering River. The liberated Donkeys return the favor to the farms' workers.

All of whom are volunteers, and many have struggled with issues such as substance abuse and depression. Caring for the donkeys and the other animals who make their home here has restored a sense of purpose to the lives of the people who work here, including the centers' founder.

"I suffered horribly from anxiety and depression my whole life. When I started I thought maybe I could rescue humans, the animals are going to sense that."

Barn Manager and Vice President Laura Randolph have felt the effects of the program directly.

"I'm coming up on two years sobriety, so having that place that I could go to where I knew I wouldn't be judged, and I think the animals feel it."

It's a rare sanctuary in an often angry world, a place to heal for any species.

"We share that love of healing and saving a life. " Serrano says, and Randolph agrees. "It's bigger than you realize, we're saving these donkeys, at the same time they probably don't even realize it, but they're turning around and saving us."

If you'd like to adopt a donkey, volunteer at Whispering River, or donate to help their cause, you can click here.