The Ancient Trees Of Cook Forest 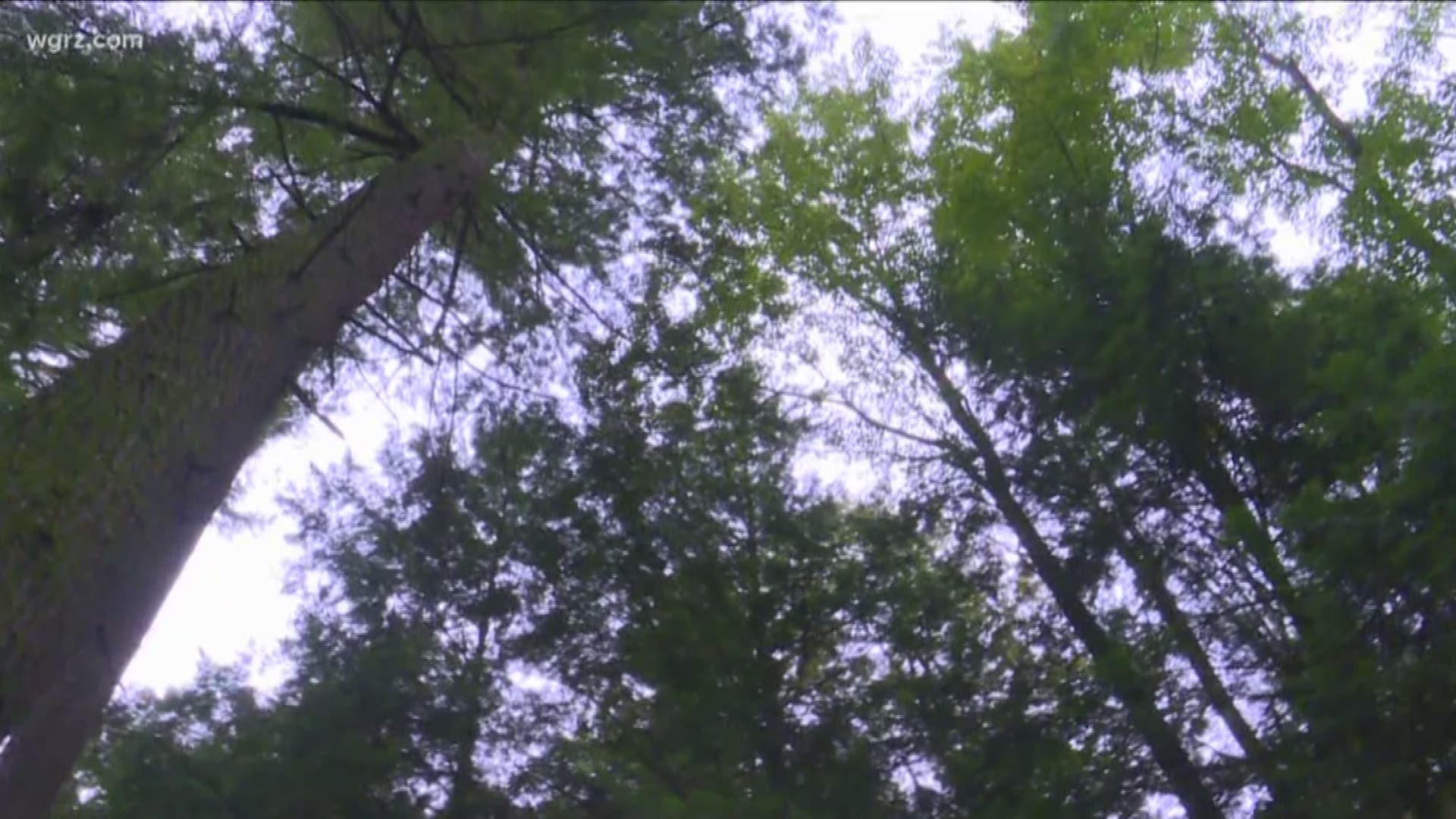 Cook Forest Environmental Education Specialist Dale Luthringer explains, "I think the best definition that I've seen so far is you're trying to get a certain number of trees in the forest that pre-date the lumber history for that area."

Cook Forest in Northwest P.A. was founded in 1927, and Luthringer says it's considered one of the finest stands of old growth White Pine and Hemlock in the United States.

Cook Forest In Pennsylvania Is One Of The Country's Most Beautiful Old Growth Forests.

But this forest is not special only for the immense height of it's trees. These towering sentries are truly ancient.

"Our oldest Hemlocks and Pines are around three hundred and fifty years old," says Luthringer. "We have White Oak and Chestnut Oak that are approaching that, that we've got actual ring data, three thirty plus. The oldest known tree in the woods is actually a Cucumber Tree [...] it's on the ground now, but it's the oldest known Cucumber Tree to science. That tree was about four hundred and forty years old."

When the park was founded it was an effort to protect this unique environment from the ravages of the timber industry. Now almost a century later, park management must defend the Hemlocks from a new destructive force.

The invasive insect Hemlock Wooly Adelgid was discovered in Cook Forest in 2013. The tiny insect can kill trees within four to 10 years of infestation, and is ravaging forests across North America. Fortunately for the Cook Forest Hemlocks, the park was prepared for the invaders, and have been successful in protecting the cherished trees.

"Probably had already been here two or three years before we found it. And so, we hit it pretty hard. To date we've probably treated over seven hundred thousand diameter inches of tree."

There's no denying the spiritual aspect of walking through an old growth forest. It's almost as if you're hiking through a green cathedral. "There is that spiritual aspect out here. You know, you get out here, you sit long enough, a lot of times we're so busy, we don't sit, listen, and think, and collect your thoughts," says Luthringer.

With so much of our natural world being lost to us, preserving these ancient trees should take on greater importance. Luthringer reminds us that once gone, we will never get them back. "We all use wood products, we need to do it responsibly. These old growth forests are really nature's showcase of what can actually happen if you let it go."