Squirrel and eagle play cat and mouse in Maine

A gray squirrel holds her own in a tree in Lincoln in the face of a bald eagle as Roger Stevens captured the whole ordeal. 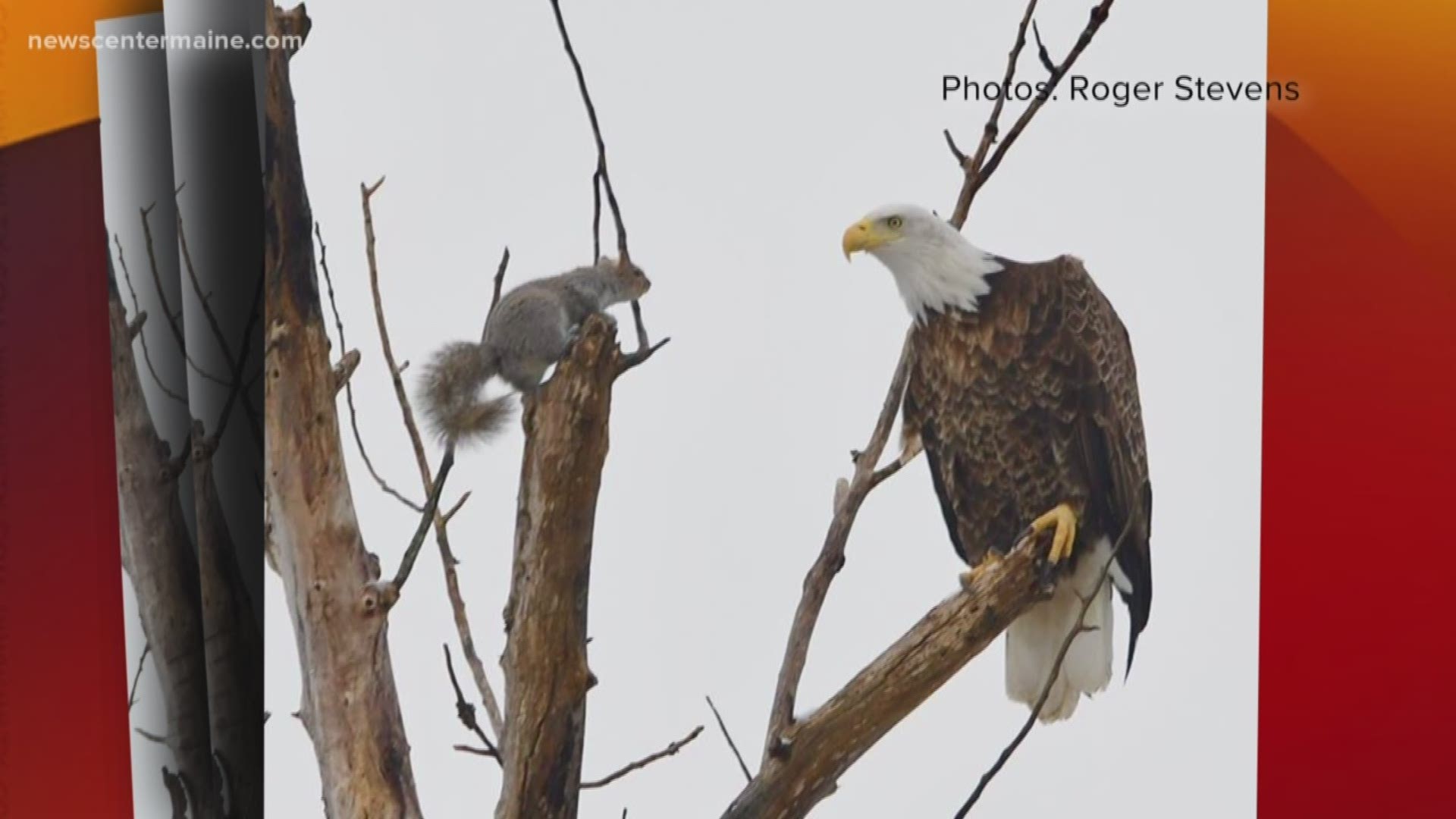 LINCOLN, Maine — Roger Stevens spent five hours on the phone Friday morning talking to reporters and media outlets from around the world, all interested in one little picture.

"I can't believe it," Stevens said after an image he snapped of a squirrel squaring off with a bald eagle was shared around the nation and even as far as London.

Monday morning, March 11, was like most for Stevens and his dog Rosie as they went to McDonald's in Lincoln, picked up a cup of coffee and drove to the middle of town, a popular spot to eye bald eagles.

"Tuesday was a gray day," Stevens said, but that didn't stop him and Rosie.

Stevens spotted the eagle first and got out his Nikon D500 to snap a few pictures when an emboldened gray squirrel crawled into the frame.

"They were on the same branch...just two feet away," said Stevens.

"She was basically saying 'get out of my tree,'" Stevens inferred from the squirrel's actions.

"That squirrel knew that he (the eagle) would have to fly to get him with his talons," Stevens was convinced the clever gray squirrel knew exactly what she was doing as she stayed just out of reach of the eagle's sharp beak.

Eagle vs. squirrel in Lincoln

1 / 5
Roger Stevens Jr.
An eagle and a squirrel played cat and mouse in a Lincoln tree.

After talking to a biologist, Stevens is convinced the gray squirrel was a mother trying to protect her nearby nest.

"That is the only way she would be plucky enough to take on the eagle."

The eagle and possible mother squirrel squared off for ten minutes, all while Stevens and Rosie watched the duel intently.

Stevens said the viral picture is perfect fodder for his new book which just happens to be about eagles. Stevens has written and photographed seven books about nature in Maine. He says the viral pictures of the squirrel and eagle will definitely make the pages of his next book.