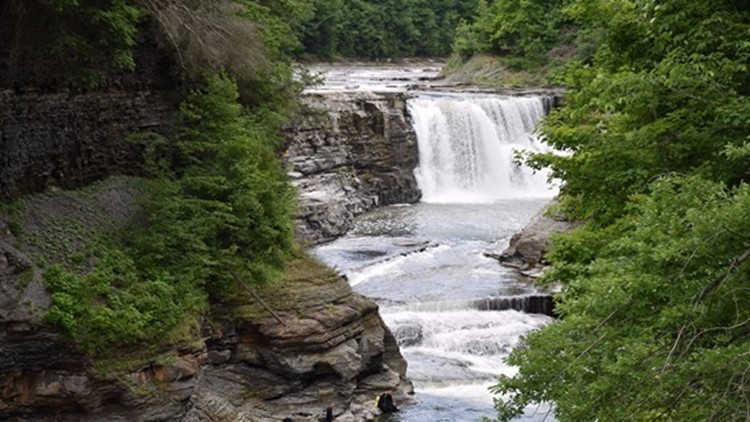 CASTILE, N.Y. — Public fundraising has begun for the Autism Nature Trail at Letchworth State Park, which would be designed and built for people with autism and other developmental disabilities.

The Campaign to Build the Autism Nature Trail plans to raise $1.9 million, with the overall goal being $3.9 million.

"This innovative trail is an example of how we can encourage a direct connection to nature for everyone, young and old, and people of all abilities. I commend the local advocates for their dedication and hard work in bringing the project to this crucial stage."

Plans for the trail include a one-mile loop with eight stations, offering a range of experiences.

One would be called the Sunshine Slope, described as a "gentle sloping maze in a natural clearing." Another station would be the Music Circle, with nature-inspired instruments. The Meadow Run & Climb station would offer visitors space for running, jumping, climbing, balancing and more.

The campaign has raised $2 million so far. Organizers and advocates of the Autism Nature Trail say that they are aiming to raise $3.9 million overall "to construct the Trail and aid in ongoing maintenance, operations and programming."

RELATED: Inclusive playground to be installed at Chestnut Ridge Park