Though common in New York State, the Ruffed Grouse population is in a decline in some areas. 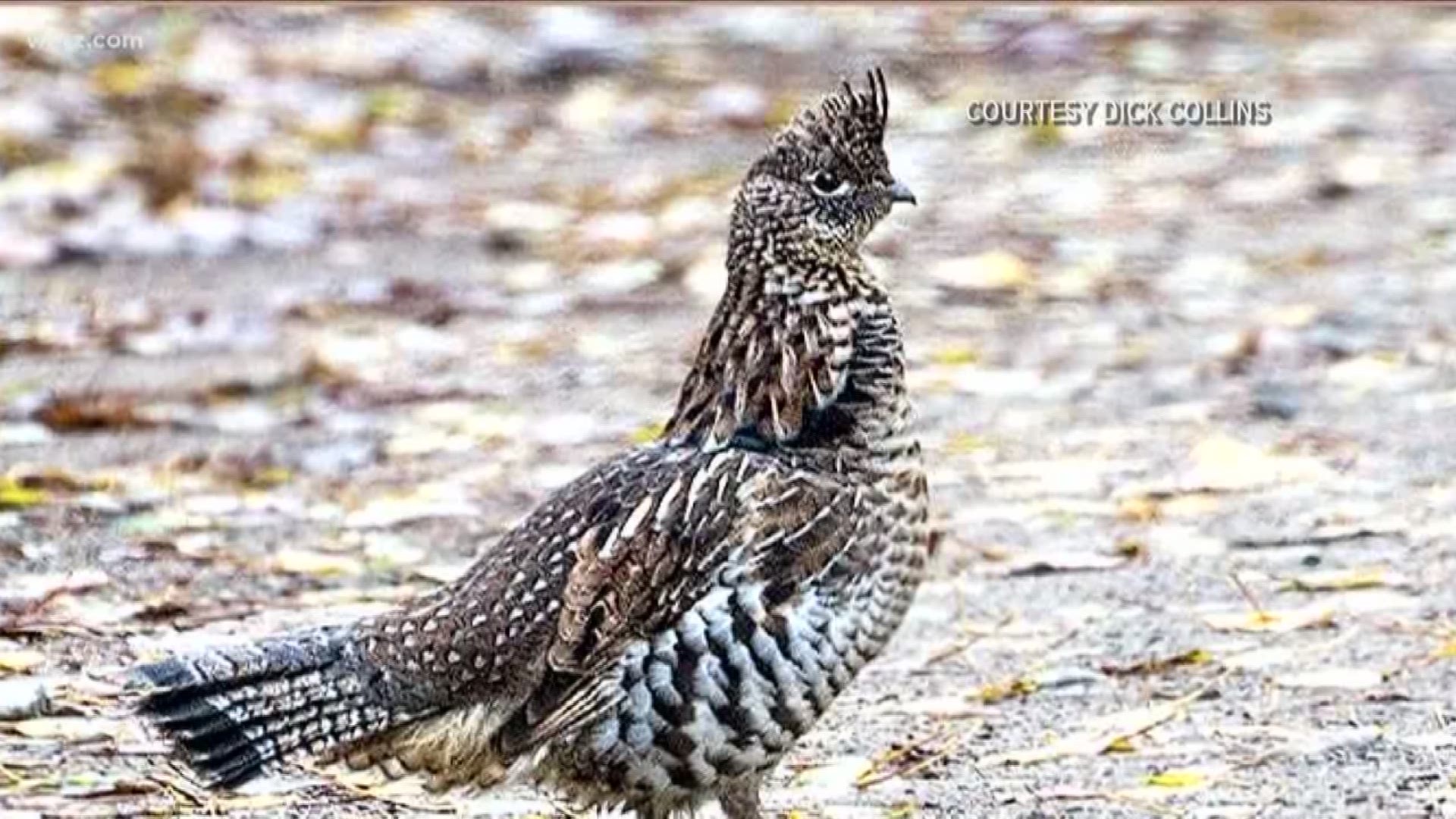 RUSHFORD NY — The Ruffed Grouse is a ground dwelling bird that is a favorite of hunters and birders alike.

Masters of camouflage, this small bird is usually heard before it's seen. Males have a distinctive drumming sound, especially in the Spring. DEC Senior Wildlife Biologist Emilio Rende explains, "Grouse like to be in an area where there's a dense understory and usually like to be up on a platform like a drumming log. Basically by the action of their wings it's just a high speed flapping of the wings that creates the air currents that make a thump thump thump thump sound and basically that's what people hear."

Though common in New York State, the Ruffed Grouse population is in a decline in some areas, though not for the usual reasons such as habitat destruction. Rende says that Grouse prefer younger forests with denser undergrowth as opposed to older forests that have less ground cover.

"There's probably many things that affect their population, I would think the main thing is the upland forests are maturing to the point where there's no understory, so essentially the habitat is being lost and it's really affecting recruitment of the Ruffed Grouse population. "

The New York DEC has long been lending a hand to the grouse population. At Hanging Bog Wildlife Management Area near Rushford Lake, they have used timber management in an effort to create better habitat. That aspect of the program began in the 1980's. "We know that we needed to create a young forest," says Rende. "So we need a regenerative forest that is quite dense, so we looked at stem densities to determine the highest stem density that we need for Ruffed Grouse.

This year marked the beginning of a three year program to track the birds using tiny transmitters. Vincent Meyer, a DEC Fish & Wildlife Tech, has been active in the program.

"Once we capture the bird, we put a radio tag around the neck, little necklace style, and from that, it gives off beeps every half second I think," he says. "We have our antenna out there and we can listen to see where the beeps are coming from and we wave the antenna around and wherever the loudest beep is, that's the direction the bird is. So we walk toward the bird and once we're within about thirty meters of the bird we start circling around the bird, be able to tell that the bird is within our circle, so we know where it's located. "

"We want to get some real time information as far as what habitat types they do select," adds Rende.

It's a fascinating study which Rende says will help keep a long time resident of the New York environment intact.

"It's important because obviously it's a very popular upland game bird, and not because of it's 'hunt-ability' but I think it's just an interesting bird. It's critical to keep populations as healthy as we can."