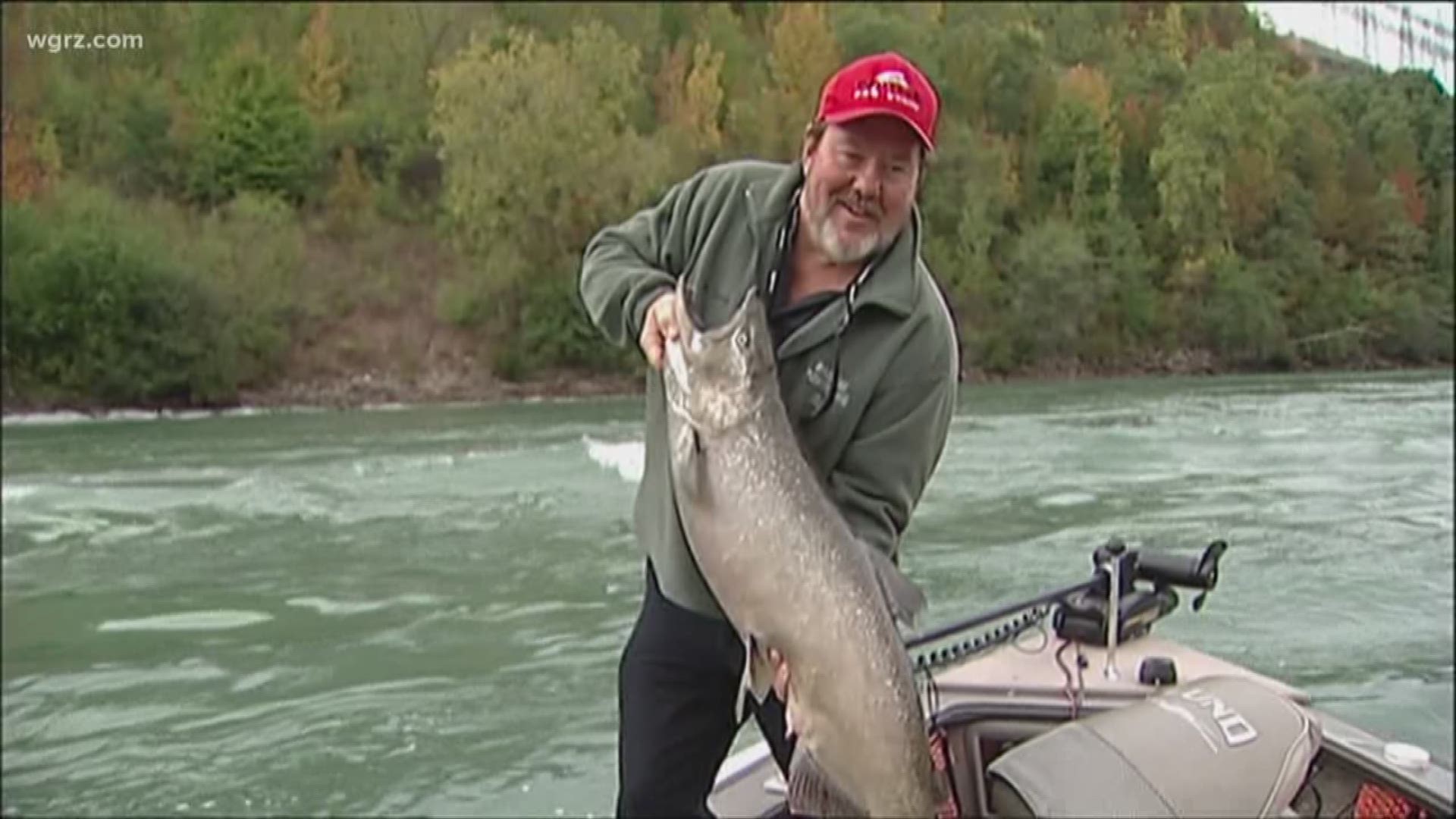 YOUNGSTOWN, N.Y. — The Lower Niagara River is known far and wide as a world class fishery, and most of that fame is due to its cold water sport-fishing.

Chinook Salmon and Steelhead Trout flourish in the river and provide anglers with both size and numbers.

Both species, however, are not native to the river. Salmon were originally introduced in the 1970s to control the Alewife, a small herring-like fish that was experiencing over population.

"They were initially put in the lake to control the Alewife situation, because they were just rotting, dying," Mike Fox of the Niagara County Fisheries Advisory Board said. "They were a bad thing, so it was easy for them to get them going, and now we've got a multimillion dollar world class fishery here, because they've taken off and done so well."

Fishing in the lower river before the introduction was quite a contrast to what it is now.

"The Niagara River has always retained a few walleye," Fox said. "We caught walleye as a kid, we had perch seasons, there were a couple days of the year that you could come down here and catch fish. "

Credit: Terry Belke
Stocking is key to maintaining the fishery.

Stocking of young fish is critical to the future of the fishery. While the New York Department of Environmental Conservation has been direct stocking the river for years, that has been augmented by stocking using fish raised in pens set in the river.

For many years that was led by the Niagara River Angler's Association. It has now been taken over by a new group of volunteers from local groups, charter captains, and members of the Niagara County Fisheries Advisory Board.

The pen-rearing program helps the fish acclimate to the river's environment. This also allows the young fish to smolt, or imprint, to the river.

Fox also volunteers for the stocking program. He defines the term "smolt."

"Smolt means they are learning where they are going to go back to spawn.They know exactly what this river smells like, they know the clay along the bank, they know something that's way up in the water stream is different than it is in a different creek," Fox said.

This year the group has added an indoor tank aimed at improving the process. Charter Captain Campbell also works on the program.

"It's worked great," Campbell said. "You know it's probably going to be the future of pen rearing. We have it in a secure building, we take out a lot of things we've had to deal with in the past, and this year with the high water, it puts a little more importance on that tank."

Campbell says that all these efforts have gone a long way to maintaining an incredible fishery, and boosting the local economy.

"Here in Niagara County, we know for a fact that the sport-fishing is worth about $30 million a year, probably a lot more than that since the study hasn't been done in about 20 years," Campbell said. "It's grown, like I said, the envy of pretty much every fresh water fishery in the country."

2 the Outdoors: A walk on the wild side