NY DEC Forest Ranger has been helping fight fires around the country since 2012. 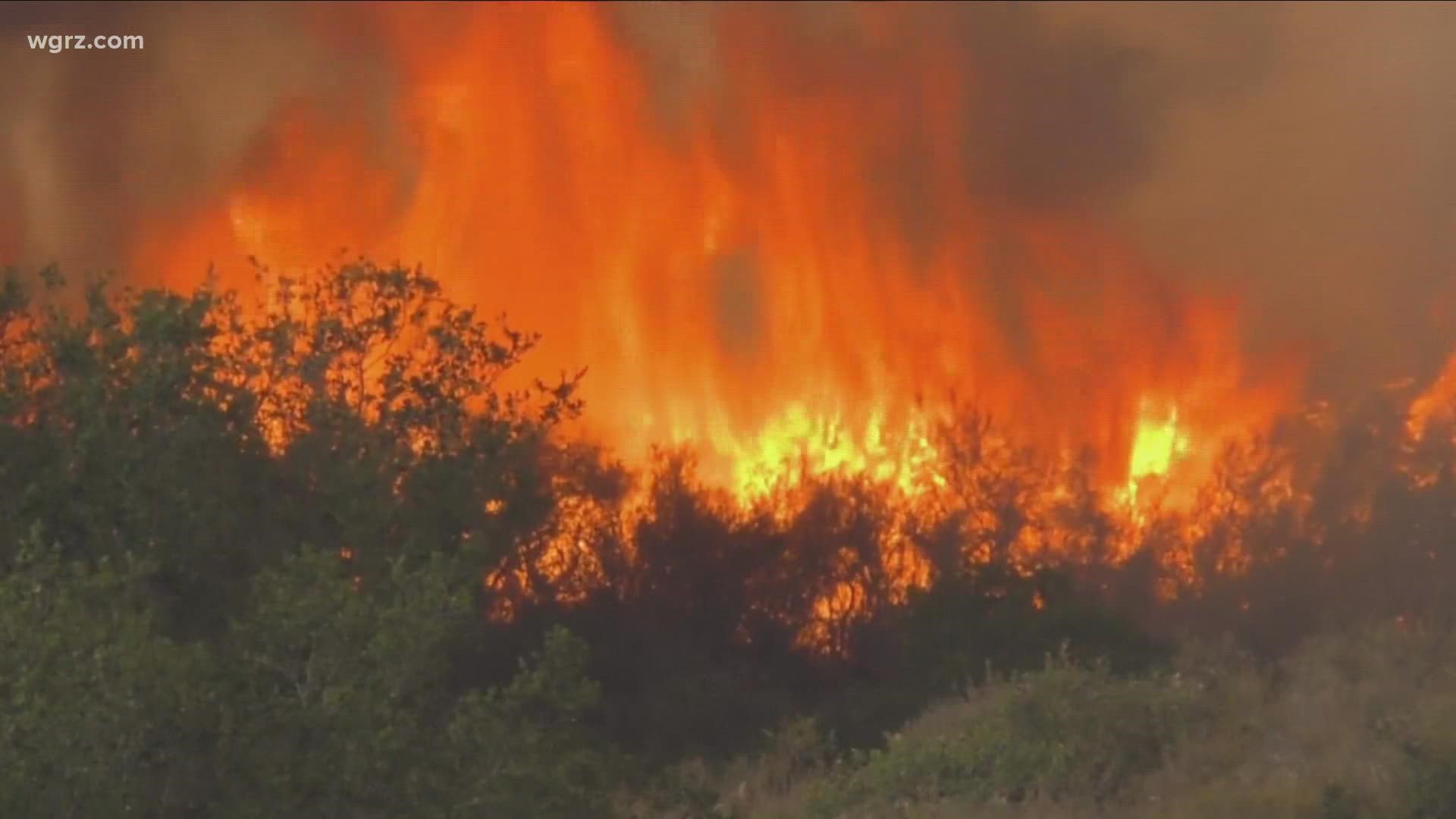 CHENANGO COUNTY, N.Y. — The Forest Rangers of the NY Department Of Environmental Conservation are a multi-faceted team. From law enforcement to search and rescue the Rangers cover a wide ground and that also includes fire management.

Some, like Ranger Michael Burkholder, even travels to help fight fires. Over the summer, he went out to Montana and Idaho to assist the army of firefighters already battling wildfires in the Bitterroot Mountain area ."When I landed in Bozeman, Montana, you can smell the fire in the air. Fire haze is part of the weather report."

As with all of the fires out West, the fire Burkholder fought was one of a massive scale.

"I was on a series of fires, there were four fires, all being worked by the same team. I was on the largest one, the Trail Creek fire, which was about 37,000 acres when I left. There were a couple dozen fires in the area."

Like a vision from Hell, the firefighters often had to endure a terrifying scenario.

"Everywhere you looked, you could smell smoke until you reached the higher elevations, where you got clearer air." Burkholder describes. "The first camp I went to at Wise River was completely socked in with fire, smoke, at night there were flaming pine needles falling into camp."

Teamwork is key in fighting such massive conflagrations. Ranger Burkholder was part of the support team, which supplies everything needed for the front-line workers. Burkholder says it's a job that couldn't be done without communication.

"Good information flowing back and forth from fire weather experts and fire behavior experts, we constantly get updates as to what the fire is doing, where it's going what direction the winds are coming from."

Credit: Tegna
Many wildfires are caused by man.

Though many fires are begun naturally, the human element is a factor as well. As a famous bear once said, "Only you can prevent forest fires." "Some fires are caused by people, and to keep those at a minimum and just have to  deal with natural fires, helps a lot too."