In an ever more urbanized world, connecting with the natural world is becoming ever more difficult, if not impossible. One way of overcoming that hurdle is bringing nature to us, and that's where Buffalo Animal Adventures comes in. 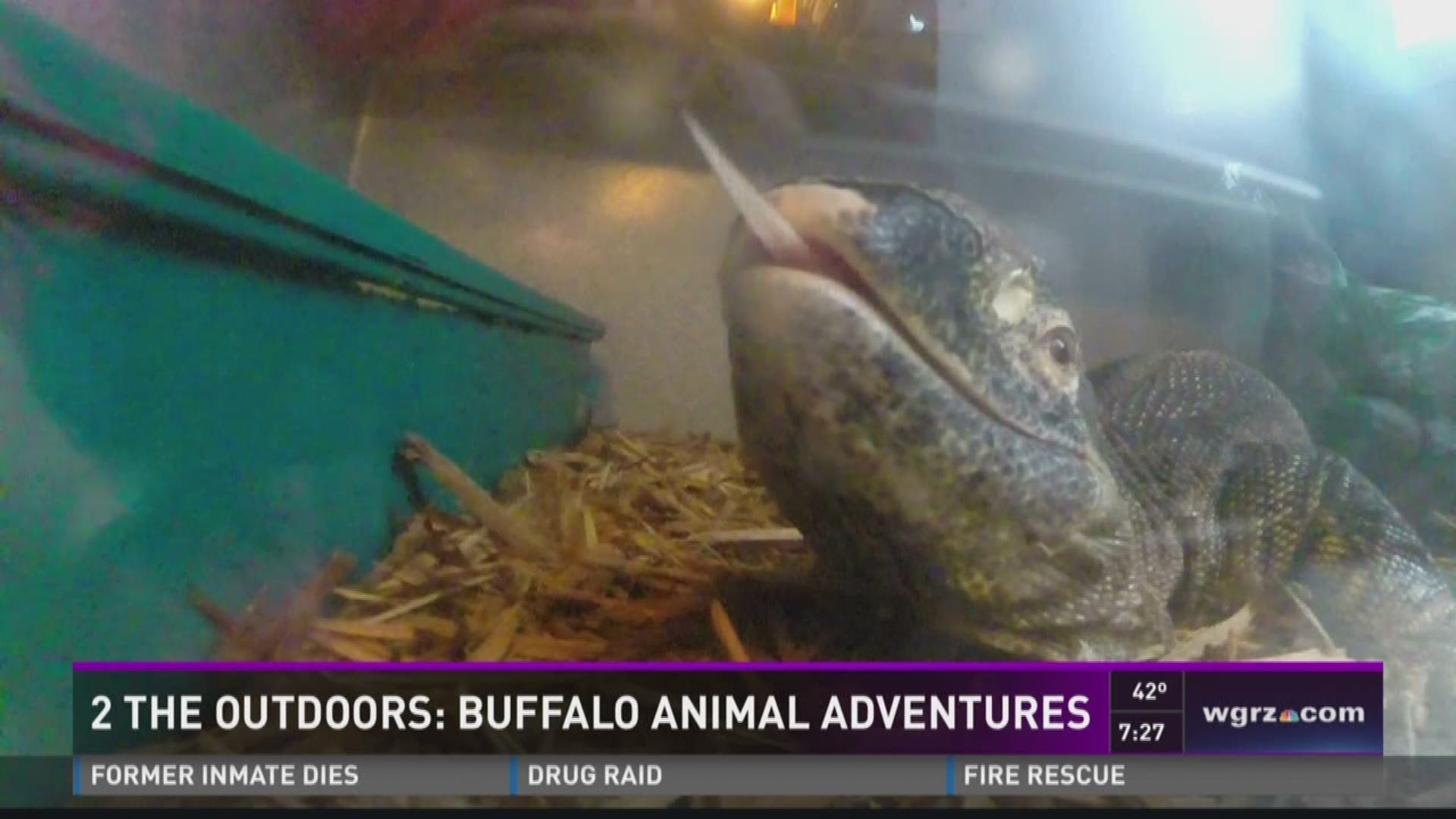 WEST SENECA, NY- "We are natural organisms. We exist in the natural world. We need to have that connection with those other species in that world around us , other wise if we don't, we don't care about the world itself. "In an ever more urbanized world, connecting with the natural world is becoming ever more difficult, if not impossible. One way of overcoming that hurdle is bringing nature to us, and that's where Buffalo Animal Adventures comes in.

They are an outreach program that uses animals to educate about the environment. Anthony Kelly, Founder of Buffalo Animal Adventures says that seeing animals up close is often a life changing experience.

"There is this general almost awe inspiring moment sometimes, that the students and adults have where before that they didn't realize the importance not only of that individual creature, but how unique that organism is or what it is, and how it plays a role in everything around us.That is that connection that we're shooting for. We want to produce that in every single individual that has that experience at our programs."

Most of the animals ambassadors are from other parts of the world. Learning about them creates an important link.

Kelly explains,"working with these exotics, it makes people realize that our impact across the planet is more vast than we think. We live here, but what we do here every single day, that impacts the whole world in general. "

Students Learn Much From Animals And Educators Alike.

Kelly believes that the animals, too, seem to sense that they are part of an important calling." I think they definitely at times know what they're doing ! It's unique and different because we don't like to look at it like that always, we like to think of them just as wildlife, but they truly have that bond sometimes with humans."

The educators at Buffalo Animal Adventures are also part of a long and accomplished lineage. They have studied under some of the region's most dedicated teachers, and now it is time for them to pass on the torch to the next generation.

"I have seen students that I had in programs six or seven years ago" says Kelly, "and they said to me, I remember exactly what you said that day when you were at our program. And I said, that's exactly what I had hoped, that at least one student had that much of a great impact on their ability to understand their connection to the natural world, that you came back to me six years later and that was the case."

It's sometimes daunting task for such a small group working with limited resources. But the mission is clear and one well worth fighting for, as they continue to educate future ranks of Eco-Defenders.

"That is the goal, is to keep that rolling, to keep that ball going so that some day, society, not just here in America, but as a world, understands truly what we've done to our environment, and how we can now, maybe not fix it, but at least do something to change it at this point in time."