The cubs were born healthy to mother Lusaka and father Tiberius on March 7, 2021. 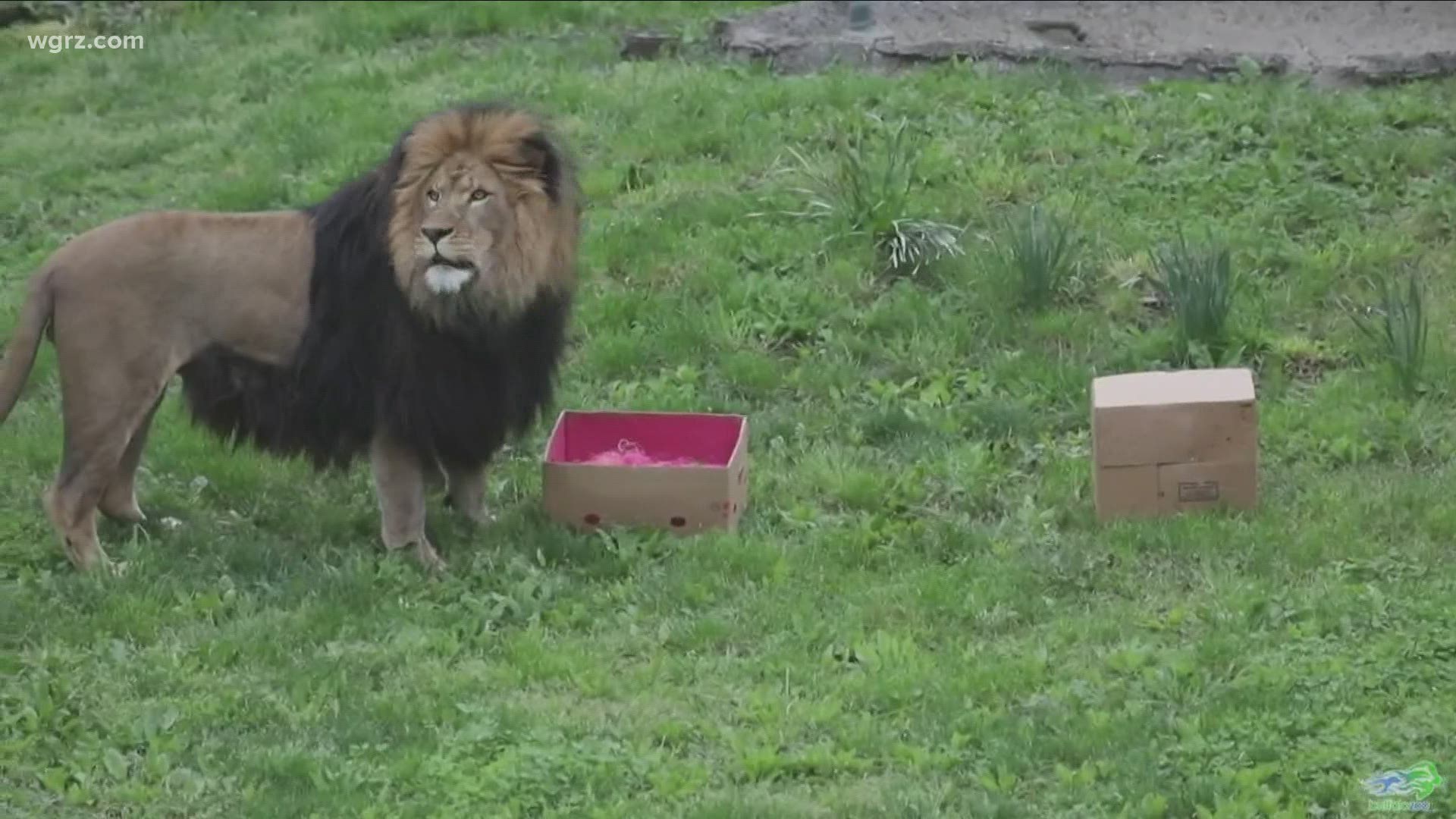 The cubs were born healthy to mother Lusaka and father Tiberius on March 7, 2021.

The Zoo keepers let dad Tiberius do the honors to reveal the genders of the cubs.

Lusaka and Tiberius were paired based on a breeding recommendation from The Association of Zoos, and Aquariums, Species Survival Plan, according to a press release sent out by the Buffalo Zoo.

This is Lusaka and Tiberius' second litter. In 2016, Lusaka gave birth to three cubs, Asha, Amirah, and Roary.

The new cubs do not have names yet.  The Zoo is expected to make an announcement about their names next week.