The eagle crashed into a window in downtown Buffalo in May. She was spotted by Buffalo Police, who got the SPCA Serving Erie County involved. 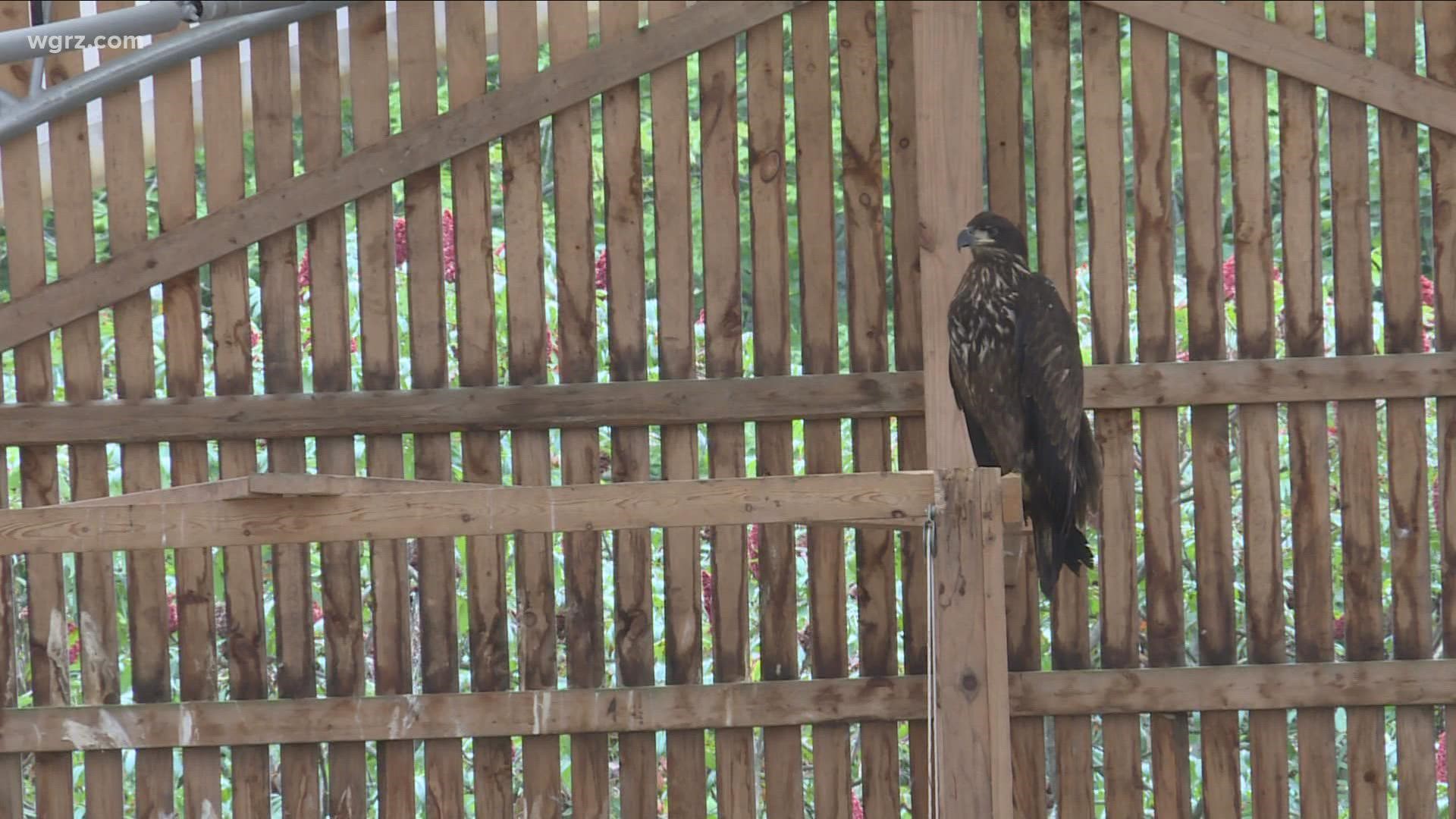 DERBY, N.Y. — Returning to the skies of Western New York, a bald eagle took flight for the first time in months Sunday afternoon at Wendt Beach in the Town of Evans.

The bald eagle crashed into a window near Court and Franklin Streets in downtown Buffalo in late May. She was spotted by Buffalo Police, who got the SPCA Serving Erie County involved, knowing she'd need special care.

The eagle had fractured her femur and needed surgery done at Cornell University's Wildlife Health Center. Two months later, after rehab at Messinger Woods Wildlife Care and Education Center, she was finally able to take flight once again.

"I think about that being the same weekend as the anniversary of 9/11, and there's just something incredibly emotional about that. And to watch her fly off, and to know we played a minuscule role in that, it's exciting," said Gina Lattuca, the SPCA's chief communications officer.