2 the Outdoors: The science of climate change

The truth is out there, scientists worldwide have been charting this course of change for decades. 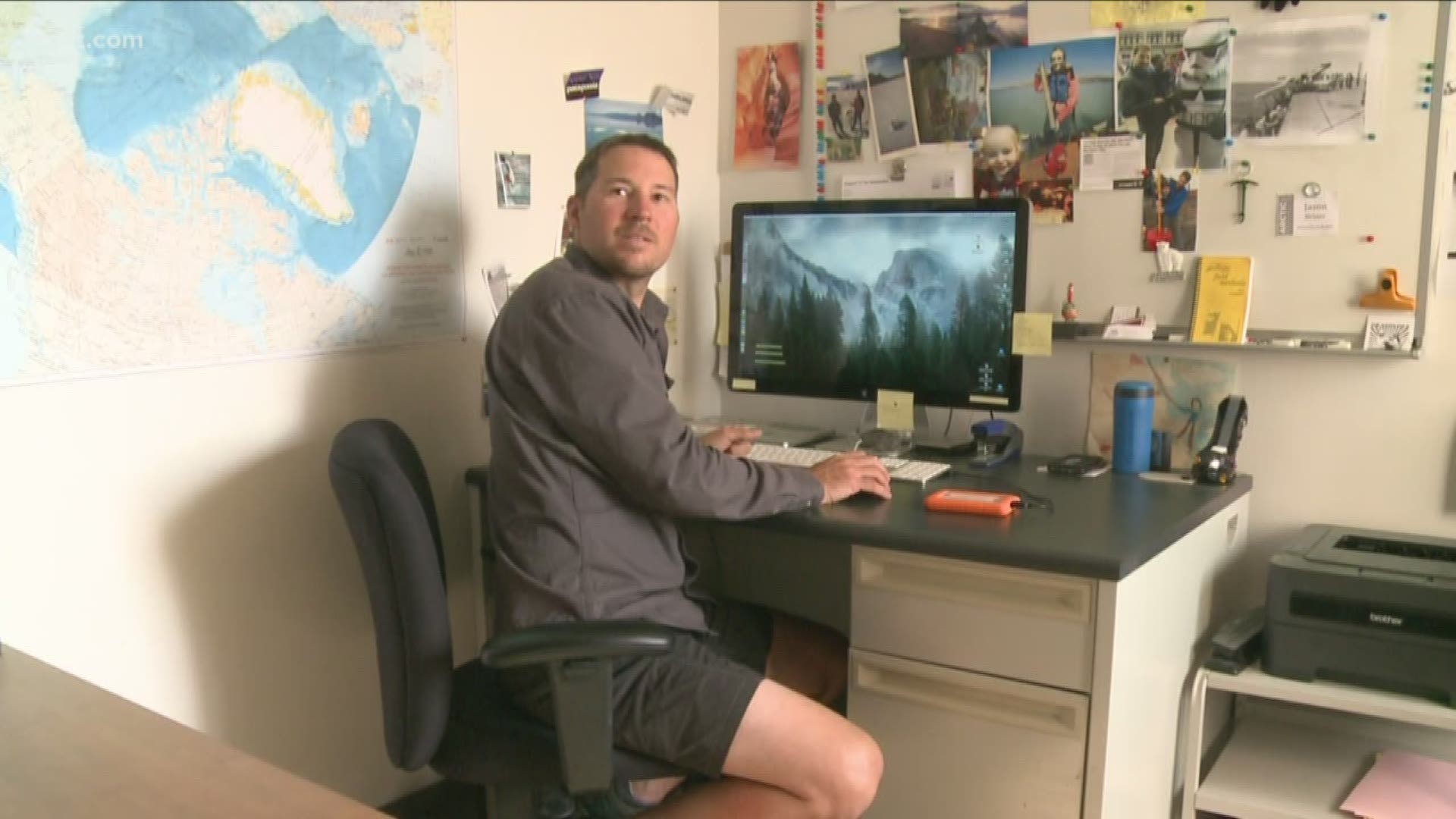 BUFFALO, N.Y. — The science behind climate change is nothing new, scientists worldwide have been charting this course of change for decades.

Jason Briner is a professor of geology at the University at Buffalo, and he has been conducting research in the Arctic for almost 20 years.

"Like any geologist, I'm interested in earth's history," Briner said. "So using pieces of evidence that events in the past have left behind, we pick up scraps and traces on the landscape and read those as clues to try and reconstruct what's happened in the earth's past, and I do that with glaciers and ice sheets."

It is through this archive of past history that scholars are able to chart the future. The planet does go through cyclic changes in climate, and this has been well documented.There are climate records that go back back a few thousand years.

Records calculating greenhouse gasses and detailed temperature go back almost a million years. Detailed records of sea level and glacier cover on earth go back tens of millions, and more crudely, hundreds of millions of years. Briner says that it is because of this vast sea of information that climate experts know the period we are currently going through is an aberration.

"Those cycles in climate follow certain forcing mechanisms, so we know why climate is cyclic, and we know when temperatures should be getting warmer, and when they should be getting colder, because we understand why those changes take place," Briner said.

Briner added, "All the knowledge we have about why the climate should be changing says that it should be getting cooler, or holding the same and getting cooler. That's not happening. It's getting warmer, and not only a little bit, but it's getting warmer fast! And so there's really no natural explanation that anybody's able to come up with that explains the magnitude of earth's warming today. "

And the cause is quite clear: it is human influence that is the root of these changes, an increase in carbon dioxide in the atmosphere that can be traced directly back to the source.

"It's not an exact one-to-one relationship, of every wiggle in CO2 and global temperature, because the climate system is really complicated," Briner explains. "But overall, CO2 has been increasing, overall, the earth temperature has been warming. There's just no doubt that greenhouse gasses are the cause of this."

Briner compares the current flood of misinformation on climate change to the tobacco industry's attempts in the 1950s and 1960s to spread lies about the negative effects of smoking. The effect here would be much more devastating.

"We're in the same thing now," Briner said. "Our planet is sick, and we've known that for two decades now. There's this rampant misinformation campaign and denialism in our country right now, and by the time we come up with solutions, it's also going to be three or four decades later.

He added, "And what's the damage to the globe that's going to be a consequence to that several-decade delayed action?"

RELATED: 2 the Outdoors: The king of lizards