2 the Outdoors: The king of lizards

The Komodo dragon represents a connection to our prehistoric past, but they are threatened by human influence. 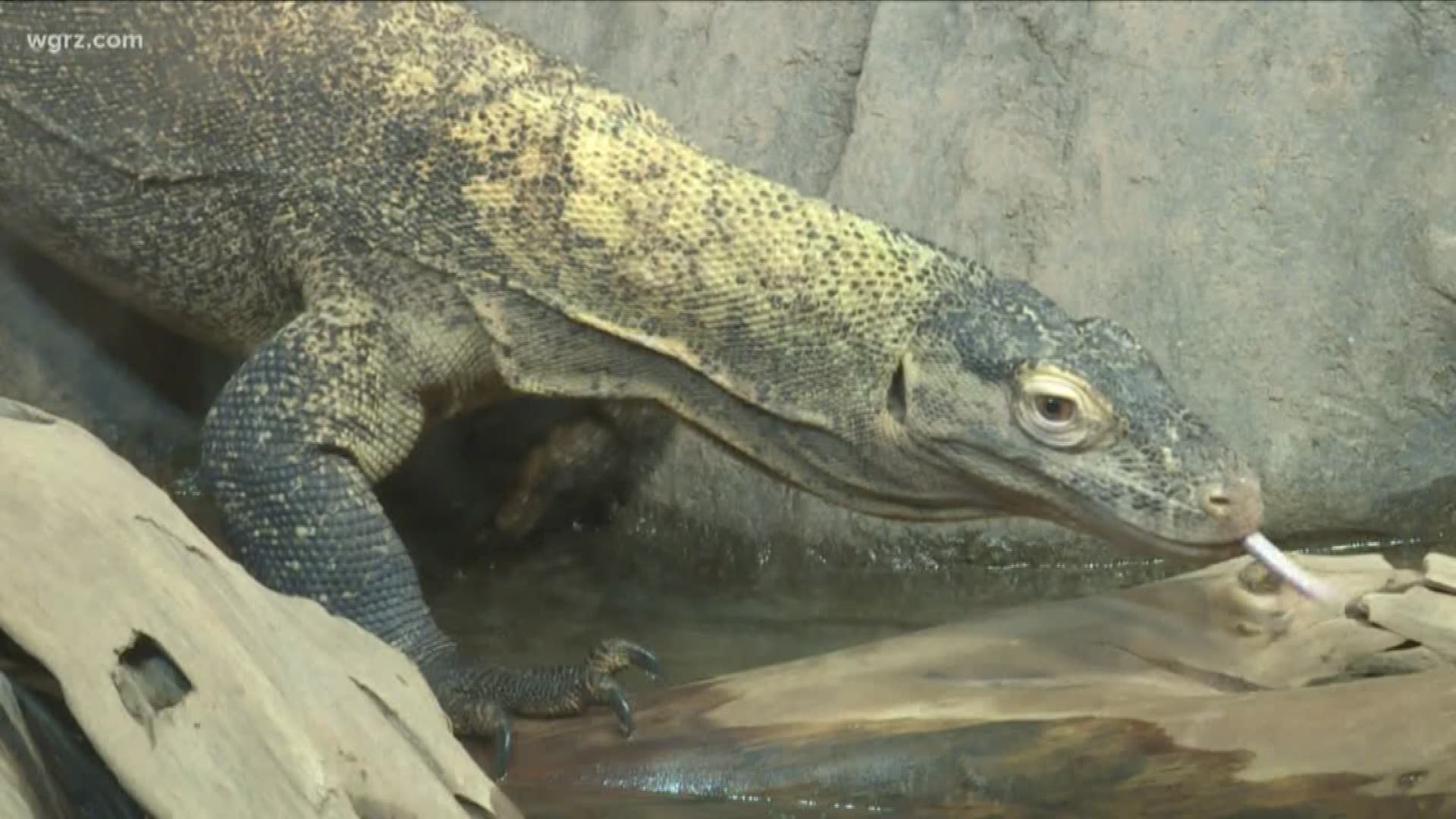 BUFFALO, N.Y. — If you ever want to get a glimpse into what life was like millions of years ago, the Buffalo Zoo may be just the place to visit. One of their newest arrivals is a Komodo dragon named Kadal.

Komodos are the world's largest lizard, an ancient species that has existed on earth for more than 900,000 years.

"Lizards in general are pretty old," said Penny Felski, herpetological manager and team leader at the Buffalo Zoo. "The Squamates is the most recent of the described order of lizards, they were first discovered in the Jurassic era, living alongside the dinosaurs, so they're modern day dinosaurs, really."

Komodo dragons are native to only a small part of the world, inhabiting three small islands near Indonesia. In their environment, they are by far the dominant predator, and they can grow to over eight feet long.

"They can get up to 150 pounds in the wild, that's typical, a little larger at times," Felski said. "They can eat up to 80 percent of their mass in one feeding once they reach adult size, which is pretty incredible."

Credit: Terry Belke
Komodos have a toxic bite and a powerful tail.

As one might think given their massive size, they are a formidable force. They have a powerful tail that can break bones and a devastating bite.

"They have a cocktail of over 50 described strains, bacterial strains in their saliva. And recently a venom gland was found in their lower jaw," Felski said.

Their skill as hunters allows them to take a variety of prey, birds, mammals and other reptiles when young, and even deer when they reach adulthood. Felski says that they also have a great sense of smell, but not from the usual organ.

And as if all that isn't enough, they also have the ability to reproduce parthenogenically, meaning females don't even have to have their eggs fertilized to reproduce.

Still, despite their survival prowess, they are threatened by human influence, which is why zoos are working hard to help preserve this remarkable species.

"They were here before humans, so I think its our objective and our goal should be to protect everything big and small to the best of our abilities," Felski said.

2 the Outdoors: The secret life of bogs

2 the Outdoors: An overwhelming invader on 18 Mile Creek