2 the Outdoors: Spreading the word about fishing in Western New York

National fishing media visited Western New York recently, and took home the word on the great fishing in our corner of New York. 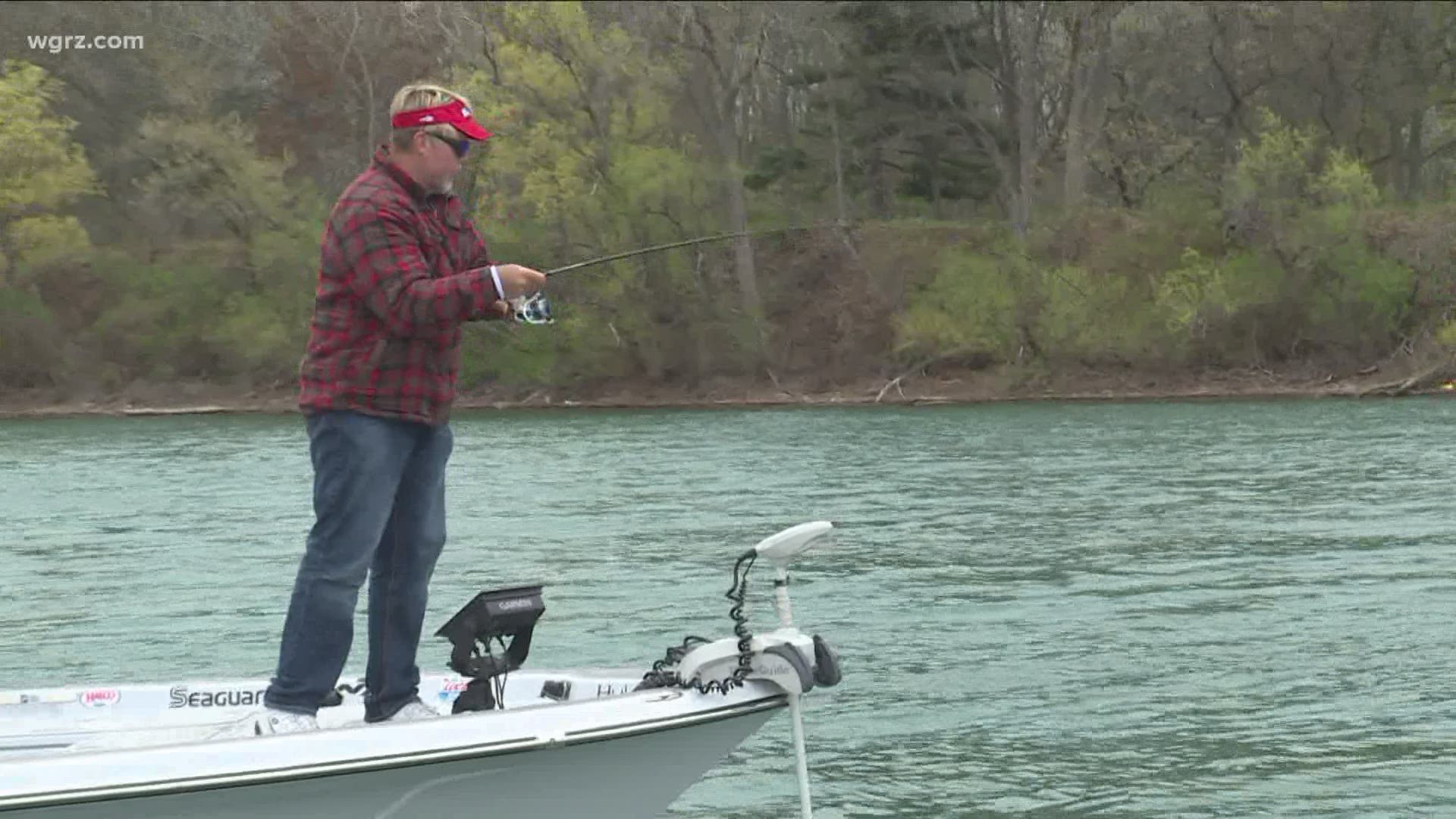 LEWISTON, N.Y. — Considering Western New York is located on two Great Lakes and is rich with smaller waterways, it's no surprise that fishing opportunities abound.

Frank Campbell is the outdoor promotion director for Destination Niagara. He says that while fishing is a great form of recreation, it's also a strong economic boost for the region.

"Niagara County has about a $30 million economic impact," Campbell said.

That impact is not only coming from our region, says Campbell, it's flowing in from the rest of the country as well. Niagara County has long had a very effective lure in their marketing tackle box. Since 1996 they've annually invited fishing media into town for a week of angling.

Mark Davis, from South Carolina, is host of "Big Water Adventures," a highly rated saltwater fishing show. He's been visiting the region for over two decades, and loves it.

"Going down the food chain, even to the smaller fish, you've just got the biggest the best and the most, and they're all right here," Davis said.

TV crews shoot episodes here all during the year, giving national coverage to the entire area.

Credit: Terry Belke
Fishing is great all year round in WNY

"You can target a species or you can go multi species, it's special place," Davis said. "I mean everybody I've brought up here has wanted to come back, and nobody has wanted to leave."

The media week is like a gift that keeps on giving, attracting tourism year after year, and Davis is a great ambassador.

"I've been telling people about this place, and the message never changed," Davis said. "If you've been here, I don't have to tell you, you'll want to come back. What I always tell them is if you've never been to this part of New York, specifically this area, you need to come up here. It is a bucket list trip."

As he lands yet another nice Niagara River Smallmouth Bass, Davis is ecstatic, "Just beautiful, beautiful fish! And they fall from the sky like manna from heaven!"