2 the Outdoors: Preserving the regal monarchs 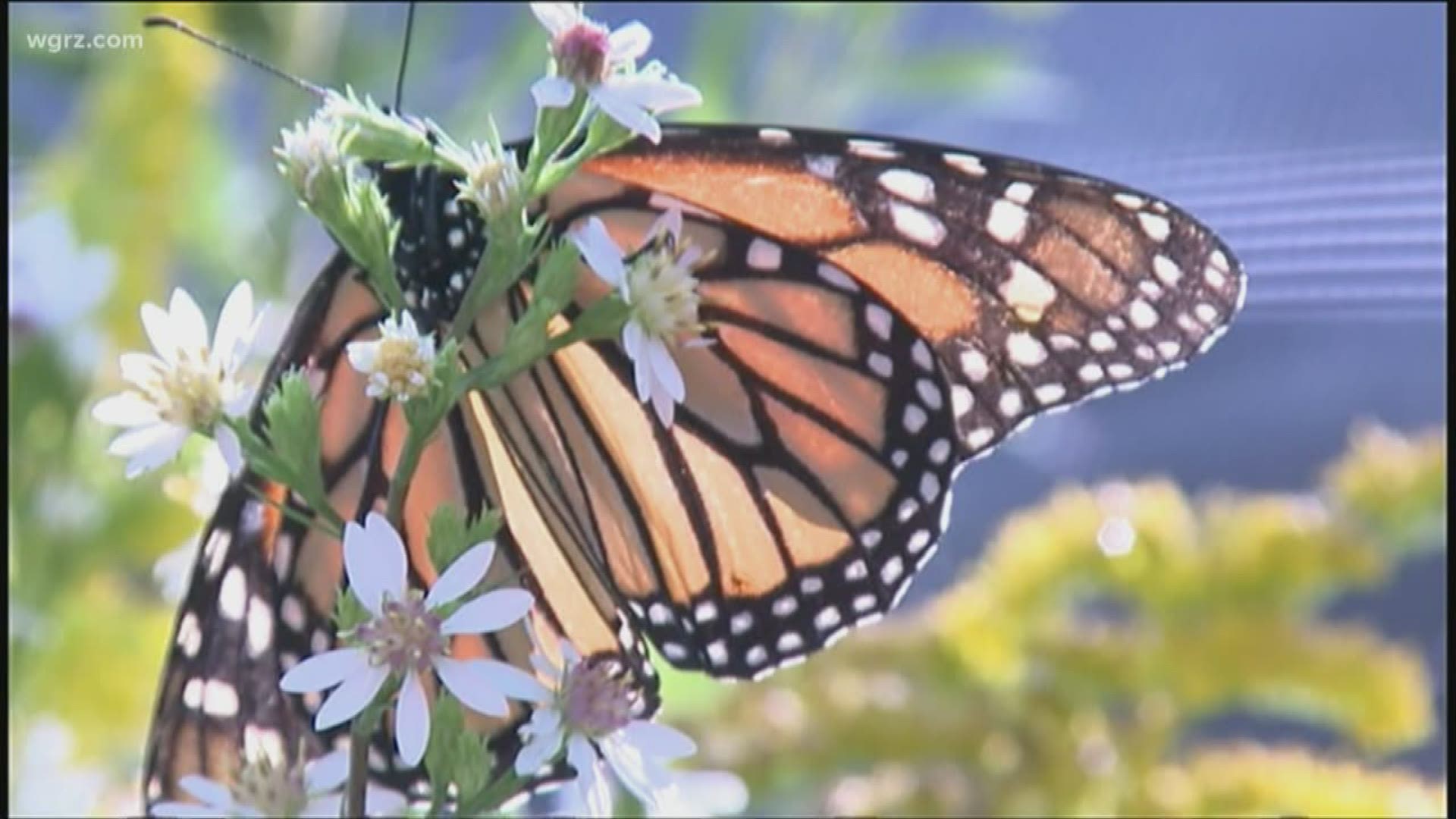 CLARENCE, N.Y. — Monarch butterflies are one of the most beautiful of nature's gifts. They undergo an amazing metamorphosis from caterpillar to butterfly, and in North America, they make an incredible migration over thousands of miles.

Unfortunately, they have undergone a tremendous population decline in recent years, threatened by the hand of man, who have destroyed their habitat and the Milkweed plants they need to survive. But humans can restore that which they have ruined.

David O'Donnell is the founder of Eastern Monarch Butterflies in Clarence, and for 20 years he has been raising monarchs.

"We raise approximately 1,500 monarchs, and they're all released right here in Western New York," O'Donnell said.

Credit: Terry Belke
Some estimate the Monarch decline to be 90 percent over the past two decades.

Not only does O'Donnell raise monarchs, but he is also a unique wildlife rehabilitator. He replaces damaged wings on injured butterflies.

"What I do is I find a nice donor wing, which I have a nice supply of old monarchs that have been deceased, and we match up the veins very nicely, look at that," he said.

"And put just a really really small bit of contact cement on this part of the wing, let that sit, and a really small bit here. And then once it's almost dry I will take the wing, very delicate, and then I will line it up because you only get one shot. Like that. And I'll hold that down for a second, very gently, and that instantly grips, you can't take it off again."

"And then I put a little baby powder over the whole working area, just to make sure there's no stickiness left so it doesn't close its wings and all of a sudden they're stuck together. And then I would release it."

Credit: Terry Belke
Habitat destruction and the loss of Milkweed plants, which Monarch caterpillars feed on exclusively, are chief reasons for their decline.

This butterfly benefactor believes that is through grassroots efforts like his own that the depleted population is now rebounding.

"I think this is a good year," O'Donnell says. "I've seen a lot of monarchs this year and talked to a lot of people that have shown me pictures of monarchs, of caterpillars, have a lot of questions about how to raise monarchs. And just as I drive around neighborhoods, I see Milkweed plants, and that's a good sign."

The monarchs' decline may have just begun an environmental movement. There are many people like David that have taken it upon themselves to aid this species in peril, and their combined effect is having a huge influence.

It's a lesson teaching us each one of us can make a difference.

"It's a great lesson to learn because we believe that the monarch butterfly is a messenger, and their severe decline is the message that they're bringing, that we better protect the environment, or soon we'll lose not only the things we love but more of the things we need to survive as a human species," he said.

RELATED: 2 the Outdoors: The science of climate change