2 the Outdoors: Preserving the Allegany Wildlands, beyond

The Western New York Land Conservancy is attempting to preserve a small part of Allegany with a much larger goal in mind. 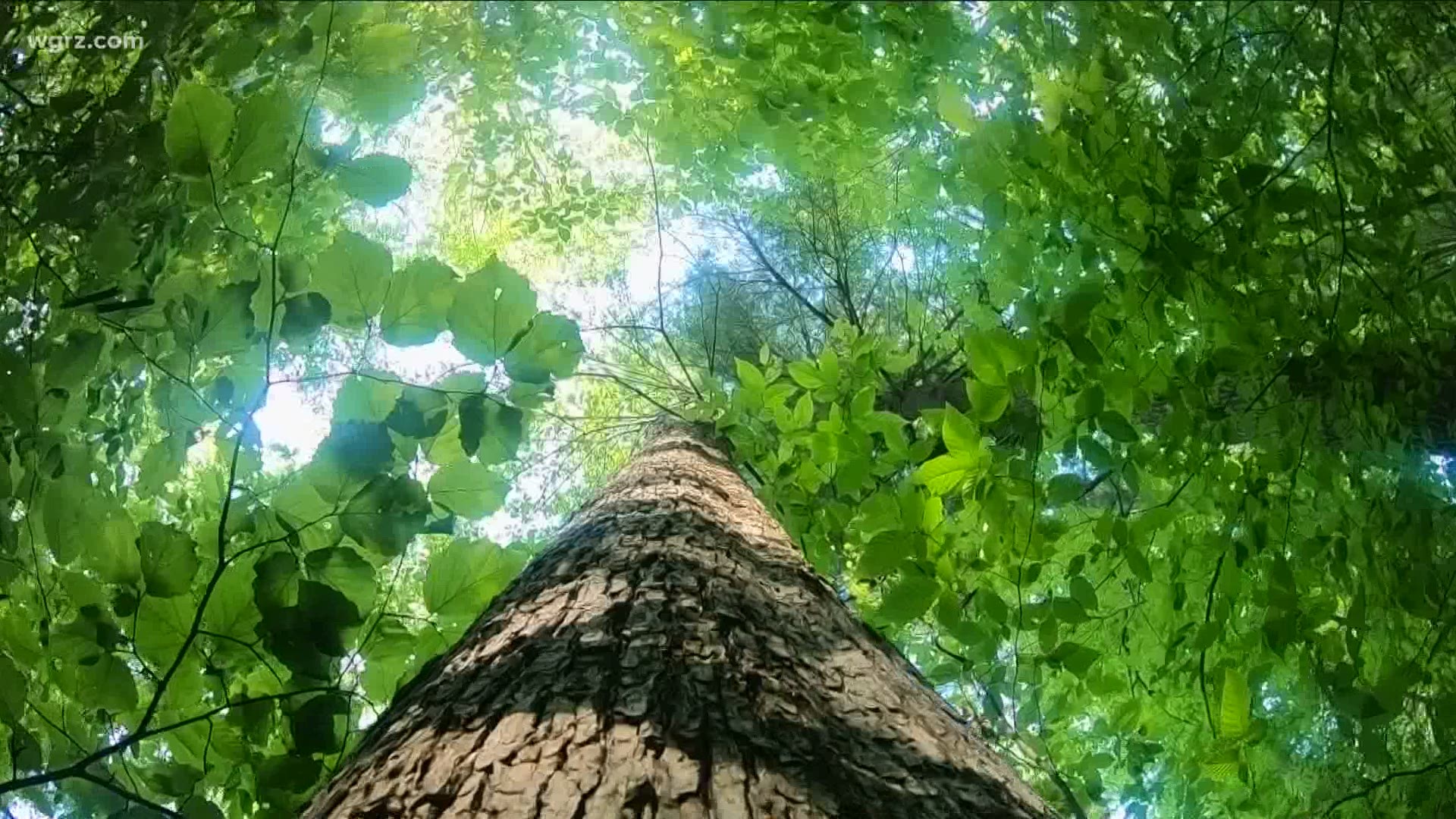 FREWSBURG, N.Y. — The Allegany region is our region's wildest and most unspoiled. With deep brooding hills, dense forests and abundant wildlife, a hike here is like stepping back in time. So it's important to make sure Allegany remains intact, and the Western New York Land Conservancy aims to help achieve that.

The organization's Deputy Executive Director Jajean Rose-Burney explains that they are endeavoring to purchase a 200 acre tract as a first step toward a larger goal.

"The Western New York Land Conservancy, along with the community around here are trying to protect a 200 acre forest called the Allegany Wildlands," Rose-Burney said. "So this forest is located near Allegany State Park, near the Allegheny Reservoir, adjacent to the South Valley State Forest. It's a really ecologically important place. "

Credit: Terry Belke
Acquisition of the forest is the first step towards the larger goal of establishing the WNY Wildway.

In addition to a plethora of unique plants and animals, the Allegany Wildlands are home to a handful of Western New York's last wild American Chestnut trees, which were wiped out by a blight and all but disappeared in the 1950's.

"I think we're up to five of these good sized Chestnuts, they're more than 6 inches in diameter, 40 to 50 feet tall, one of them is nearly 60 feet tall, some of which are flowering and producing burrs," said Western New York Land Conservancy Naturalist Erik Danielson. "So those could be very important to ongoing efforts to reintroduce the American Chestnut to the American landscape."

Credit: WNY Land Conservancy
The American Chestnut was all but wiped out in the US by the 1950's. There are 6 that live in the Wildlands.

Habitat fragmentation and loss are two of the biggest contributors to the decline in wildlife and plant populations. The Western New York Land Conservancy has a very ambitious project in the works that Rose-Burney says will help restore some of that lost land.

"Buying the Allegany Wildlands, this 200 acre property, is one of our first projects that will kick off this broader idea of the Western New York Wildway," said Rose-Burney.

Credit: Pat - stock.adobe.com
The area is home to abundant wildlife, including Black Bears.

The Wildway will connect Allegany to other huge tracts of land throughout New York State and will then eventually connect to the Eastern Wildway, which spans the entire Eastern Seaboard. Danielson believes it's important to keep these lands intact.

"It's really important to conserve so that those links aren't broken, so that there's still places that the wildlife is not only able to persist on the site, but also able to move through the larger landscape," Danielson said.

The organization has until the end of the year to raise the $879,000 needed to protect this valuable land, and Rose-Burney is confident.

"I think we can do it," Rose-Burney said. "Communities from all over Western New York have helped, have stepped up."

If you'd like to learn how you can help the Western New York Land Conservancy be successful in this project, click here.